Our responsibility is to assert as legitimate the religious identity of those converting to Judaism and those who transition to a different gender identity. We can learn from our support of each of these groups about how to support the other.

Something is very gently,
invisibly, silently,
pulling at me—
a thread
or net of threads
finer than cobweb and as

elastic. I haven’t tried
the strength of it. No barbed hook
pierced and tore me. Was it
not long ago this thread
began to draw me?
Or way back? Was I
born with its knot about
my neck, a bridle? Not
fear but a stirring
of wonder makes me
catch my breath when I feel
the tug of it when I
thought it had loosened itself and gone.

Babies are born all kinds of things: deaf, two-legged, healthy, left-handed, hairy, green-eyed, autistic. As these small humans mature, they have the potential to realize other inborn characteristics; if given the proper nurturance, they can be artistic, tall, musical, good at math. They are socialized as children for other traits: Spanish-speaking, Muslim, tidy, competitive. Many aspects of identity are some combination of inborn, realized potential and family/communal socialization. Adolescents and adults work to make sense of the complex set of factors that form their sense of self and to weave new experiences into that tapestry of identity. As they run their fingers over the tapestry, they find that some of the threads feel exactly in place, but others are very rough and do not seem to fit the whole.

I feel fortunate that my rabbinate has given me the opportunity to work with hundreds of people who are “converting,” that is, bringing Judaism into their sense of self; and dozens of people who are “transitioning” or otherwise reassessing their assigned-at-birth gender identity. I have put quotation marks around “converting” and “transitioning” because I no longer think in those terms, though I will use them in this essay for accessibility and clarity. My work with each group, and a number of people who are in both, has expanded my vision and vocabulary.

Jewish clergy are likely to be more familiar with the process of religious conversion than gender transition, and I hope that my essay not only allows conversion to be a doorway into better understanding transition, but also allows our understanding of gender transition to cast new light on the process of conversion. I have found that insights from trans people often, though not always, help me better understand converts, and that my experience with converts is usually, though not always, helpful in supporting trans people. I write as someone in solidarity with converts and trans people, but not as a convert or a trans person myself (though I consider myself more or less gender queer).

Both gender identity and religious/cultural identity are profound self-understandings and impact the entire sense of self, both for the individual and for the community of which the individual is a member. It is my hope that telling what I have learned will give readers who are trans or converts—or who live in community with trans people and converts—new perspectives and connections that foster empathy and respect.

I have stopped using such words as “choice” or “preference.” I now see people who come to me as wanting guidance on how to express an identity that is already in formation. For some, there is an element of choice; for others, not so much. Many people tell me that they have always felt that something wasn’t right or didn’t make sense in terms of full integrity of self. They often tell me of a process of awakening, of consciously noticing that something needs changing. Instead of affirming a choice, I now think in terms of supporting ongoing external expression of a process that began long before I entered into the picture.

This process is often an interesting paradox. For example, a number of newly expressing trans women have told me that they have a deep and profound inner feeling of being a woman, but they don’t quite know how to do it since they haven’t been socialized as women over a number of years. As Professor Joy Ladin once said to me, “I wish someone would please give me the manual on ‘How to Be a Lesbian.’ ” These are moments when the support of friends, colleagues and clergy can make an enormous difference. It is helpful to name the paradox, affirm the inner sense of identity, and offer support and resources about external expression.

Expressing an identity as an adult is often a form of resocialization. As one convert told me, “I have always felt Jewish, but it wasn’t until I joined a synagogue that I learned that one eats lox and bagels with red onions, not yellow ones.” There are innumerable small expressions of one’s gender or religious culture. If one is socialized in harmony with one’s inner sense of self, these expressions may seem unremarkable, like the air we breathe. However, if one starts expressing gender or culture as an adult, it can feel like speaking a new language, albeit one that is vaguely familiar and comfortable. In addition, gender expression varies by place, time and culture, as does expression of Jewishness. There is no one way to be male, no one way to be Jewish.

This resocialization often includes retelling the narrative of the past. Certain past events or memories take on new meaning: hating dresses, obsessively reading about the Holocaust, having a secret name, youthful skepticism about Jesus, wearing one’s sister’s perfume, dating four different Jewish men in college.

One common negative experience for both trans people and converts is social delegitimization—a constant questioning by others of both the expression and the right of the person to express their gender or religious culture. This delegitimization is a form of colonization, a logic (illogic) that declares its sovereignty over the identity of another person. It is notable that historical religious Jewish cultural norms exert an authority supporting the legitimacy of a convert. This needs to be taken with a grain of salt, however, since various Jewish communities will refuse to accept the legitimacy of various forms of conversion.

Trans women are regularly delegitimized by both conservative social groups, and unfortunately, by small groups of so-called radical feminists. Gay trans men sometimes meet with rejection within gay male culture, particularly in terms of bodies and sexuality. These rejections of converts by people who were raised as Jews, of trans women by cis women and of trans men by cis men, can feel like a betrayal as well as colonization.

Delegitimization can be expressed overtly or covertly through inattention to correct pronouns, or the assumption that everyone in a room knows Yiddish or learned Hanukkah songs as a child. It is also important not to ignore the fact that someone is expressing a Jewish, trans or gender queer identity as an adult. It is a delicate balance, in the words of poet Pat Parker: “The first thing you do is to forget that i’m Black. Second, you must never forget that i’m Black.”[fn]“For the White Person Who Wants to Know How to Be My Friend,” Movement in Black (Ithaca, N.Y.: Firebrand Books, 1999).[/fn]

In American culture, biological determinism is an attractive idea. Polls show that Americans tend to be more sympathetic to people who are “born that way” than to people who “choose to be that way.” As an example, for many years gay and lesbian rights’ organizations followed a political strategy of asserting that sexual orientation is inborn.

Most converts to Judaism do not perceive themselves to have been born as Jewish people in non-Jewish families. However, some do. I am not aware of general statistics on this subject, but I am familiar with dozens of anecdotal stories of converts to Judaism who discover a Jewish grandparent or great-grandparent after they have converted. Perhaps this is due to the lack of awareness of just how many Jews hid their identities and assimilated in the last several generations, or perhaps there is some as yet unknown form of biogenetics that influences Jewish identity, or perhaps this is an area in which the mystic prevails. No one knows (as yet).

The most important teaching I can convey is that it doesn’t matter if identity is inborn or expressed in adulthood. Bio-genetic determinism is a hallmark of the ideology of race. Racism postulates inborn and deterministic human differences that science has disproven at every level. White Supremacism (a term descriptive of most American racism) is the man behind the curtain who tells others to pay no attention to the man behind the curtain. It tells us not to examine social structures (such as racism itself), but rather to accept its “born that way” dogma as objective truth. Due to this reality of American society, all claims to bio-determinism are best viewed skeptically. Rather than predetermined and unquestioned facts, most aspects of identity are best understood as social negotiations between an individual and a collectivity.

Jewish clergy, particularly rabbis, have a great deal of power. Often, we don’t realize how much our support can mean to marginalized people. Rabbis are often trained to think of ourselves as Jewish gatekeepers. Perhaps the Jewish people need gatekeepers; it doesn’t seem so to me, but it might be so. However, on a pastoral level, our trans and converting congregants do not need gatekeepers; they need support. Support comes in many forms. It is a willingness to provide life-cycle rituals that reconstruct the tradition to make it right for our congregants today. It is a sensitivity to include the experiences of trans, converted, racially diverse, disabled, queer, single, intermarried and other marginalized populations into our sermons, Torah teachings and daily speech.

A mainstream group of rabbis was attending a conference on pastoral counseling for LGBT congregants. I was leading a breakout session on trans gender and gender nonconforming congregants. The rabbis seemed a bit lost and nervous. One earnest young rabbi asked, “But really, how do I show that I’m welcoming?” I answered, “You might want to display books on various topics in your waiting area and include a book or magazine about trans issues.” A few questions more and another rabbi asked exactly the same question. This time I replied, “It’s good when sermon stories refer to a diverse range of people, including trans people.” A few questions later, and yet again, another rabbi asks how she can convey that she is truly welcoming. “Well,” I laughed, “the most important thing is to be actually welcoming in your heart, and that’s why you’re here.” The entire room laughed, and I could feel the nervousness lift. 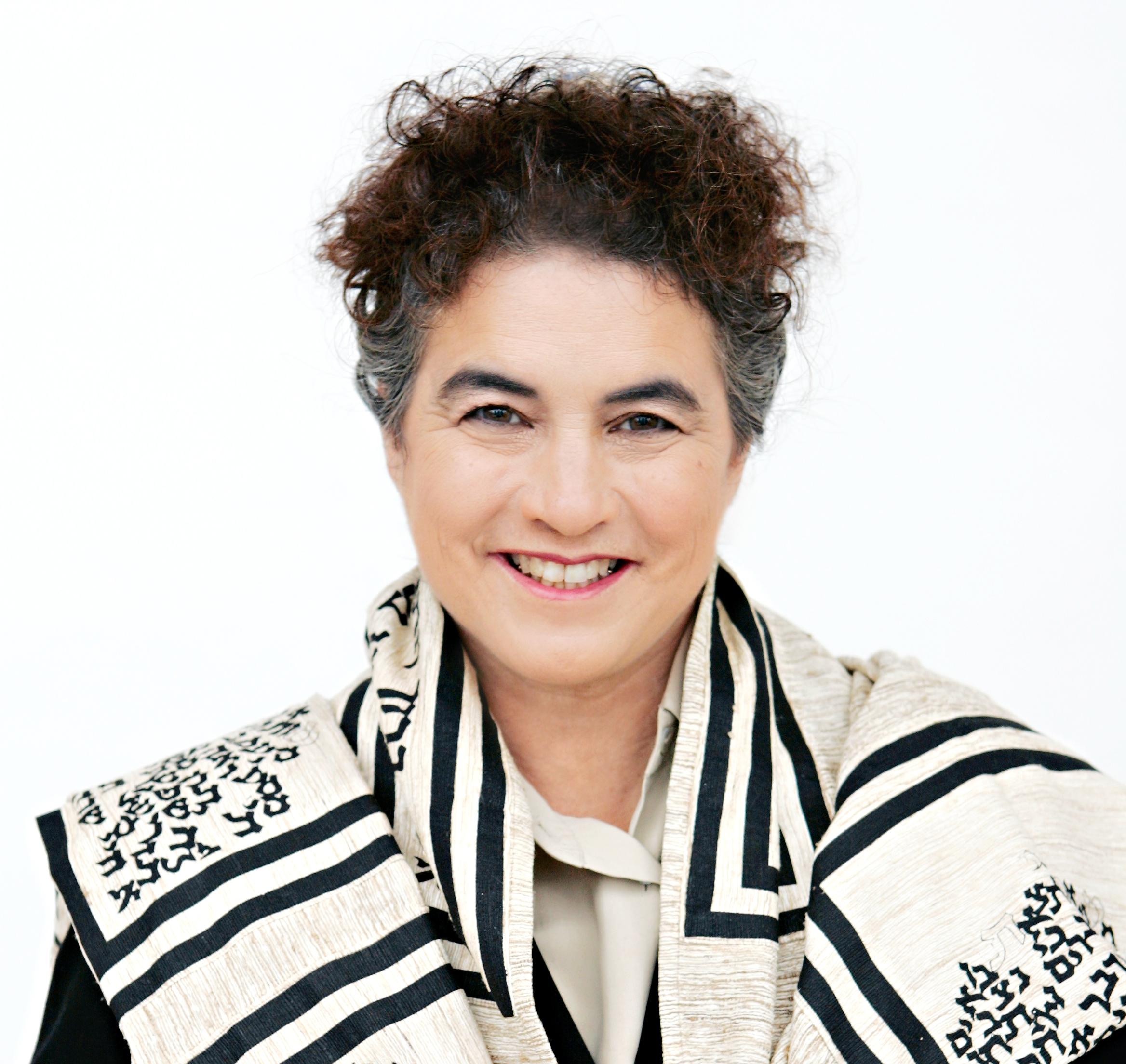 June 23, 2022
Posted in Gender
The Zohar, a collection of mystical teachings, tells us that “every person needs to be male and female at all time.”

The Founding of the Society for the Advancement of Judaism (SAJ) Was Significant: Not Primarily Because of the ‘First Bat Mitzvah’

April 26, 2022
Posted in Gender, Spiritual Practice
The big news was the founding of the Society for the Advancement of Judaism (SAJ) earlier that same year, creating an institution where radical change could happen.

April 26, 2022
Posted in Gender
Reconstructionist experimentation beginning with the bat mitzvah — and continuing on in so many different ways — has been profoundly impactful and transformative. That’s where the revolution happened and continues to unfold.