Towards leadership models for Jewish communal leadership that empower at all levels and lifts up the unique expertise of leaders, regardless of hierarchy.

Every year as we cycle through our Torah reading, we return to the story of the Israelites as they form, storm, norm and perform their way through the wilderness. Along the way, they establish a religion and go through a discernment process around holiness and values, create a system of governance and even get into some interesting political issues that we still wrestle with today.

In the beginning of that narrative, as we transition from enslavement to freedom, we also see the appointed leader of the Jewish people, Moses, struggle with his personal leadership style as he tries to articulate the values of the Israelite nation through his own leadership. But along the way, he gets so stuck in the minutiae that he falls into a decision-making process that is not values-driven and where decisions are made only by him. If we frame the Israelites as a contemporary Jewish communal agency, perhaps Moses is our CEO, struggling to make all the decisions for the organization he lovingly serves.

Eventually, Moses gets some leadership advice from his trusted mentor, Jethro:

The following day, Moses sat as a magistrate over the people, while the people stood around Moses from morning until evening. However, when Moses’s father-in-law saw how much he had to do for the people, he said, “What is this thing that you are doing to the people!? Why do you act alone, while everyone else stands around you the entire day?” Moses replied to his father-in-law, “It is because the people come to me to seek God. When they have a problem, it comes before me, and I decide between one and the other, and I make known the laws and Torah of God.” But, Moses’s father-in-law said to him, “It is not good—this thing you are doing! You will fatigue in your decision-making, and the people will tire as well. The task it too heavy for you; you cannot do it alone. Now, listen to me; I will give you advice, and God will be with you.” — Exodus 18:13-19

In many Jewish organizations, we have unconsciously or sometimes consciously accepted that decisions are made by our executives, and that program managers, frontline staff and even department heads are just hubs of information who pass decisions down the chain of command. This practice is disempowering and encourages stagnation in our programs and policies. More importantly, it takes decisions out of the hands of our experts—our program providers and frontline staff.

As Jewish communal leaders, we need to articulate a new kind of leadership model that empowers the teams we work with and celebrates their decision-making authority. My leadership vision is one where decisions are made by the staff member or staff team closest to the issue at hand, and where the impact of that decision will be most felt. This is not entirely dissimilar to the Catholic principle of subsidiarity, which invites people to make decisions at the lowest competent level possible. This Advice Process decision-making system empowers team members at all levels to operate in the best interests of the agency and encourages us to trust one another while helping others grow in their understanding of decision-making, leadership and management.

Advice Process decision-making can be challenging to implement and has some unique challenges for staff teams. It requires that we ask for advice, and that we require members of our staff teams to open themselves up to receiving feedback. If we do that well, we are then also obligated to teach staff members to process that feedback in productive ways and to integrate it into their professional practice. In this model, each decision our staff members make becomes an opportunity for mentoring and coaching as junior staff members develop their decision-making skills. It also doesn’t have to take forever. We do not give up our ability to make decisions quickly or effectively by engaging in the Advice Process. Instead, by prioritizing communication and decision-making leadership from our staff teams, we are able to move quickly, responding in timely and planful ways as situations unfold. Although it does take some time, it is time well spent and should be seen as an integral part of our workflow.

As part of this relational approach, our executives need to let the other members of our team know what decisions they want to be involved in, what decisions they need to be involved in and what decisions can be made without them. That may involve setting some ground rules through the orientation and onboarding process, and might also include some intentional conversation early on to help staff members understand why those decisions are important to them. It will also change based on the job role; a frontline staff member may have certain decision-making authority, and a department head will inevitably have more decision-making authority. As the working relationship develops, the decision-making process might also change. New staff members will need more structure and less decision-making authority as they get to know an organization. But at each stage of employment and at each level of the organizational structure, leaders owe it to their team members to give them good information about when they need to ask for advice and when they can fly solo. It helps manage the time of the executive staff and encourages other members of the team to grow their own decision-making skills through their work. Sometimes in my work, things may come up that are unexpected, have real safety or legal concerns, or involve other ethical considerations. When that happens, I might have to take back leadership from members on my team. But when I build up trust with my team, they respect and understand those moments because they are the exceptions that prove the rule I have worked to establish with them.

This process is also covenantal. In addition to staff members buying in to this concept, executive teams must also buy in fully to their role as mentors and coaches. If we want staff members to truly feel empowered to make decisions, then we need to model this behavior from the top down in our organizations. If everyone from the executive on down the organizational chart doesn’t buy in, this system will quickly break down. If senior leaders take back leadership too often or fail to give it freely, then their staff teams will be afraid to step out on that branch for fear of it being cut out from under them.

New staff members also demand that we change from a top-down decision-making model. Younger professionals entering Jewish communal service want to make a difference and be empowered to effect real progress and change. As Mark Young noted in the Journal for Jewish Communal Service, as a field we invest in rigorous education for young professionals but then place them in positions that have little authority, have little opportunity for growth, and are under the supervision of managers who themselves struggle to manage effectively. Additionally, the Jewish communal field is facing the retirement of the majority of executives without any meaningful structure to train the next generation of Jewish leaders. We must shift to teach these important decision-making skills in order to capture the wisdom of our executives while also fostering a new generation of executive leaders. Finally, shifting away from a top-down decision-making structure will improve staff satisfaction and staff retention. Middle managers will be able to grow in place and be happier in their work, which will allow us to invest more in their continued development and growth.

Separately, it behooves us to acknowledge that power dynamics remain an issue, and we need to commit ourselves and our organizations to working to end unjust, inequitable and unfair power systems as we move towards a Jewish communal structure that recognizes these inequities and strives to address them. This Advice Process decision-making system specifically addresses some of these challenges by mandating decision-making by those people who are impacted by the work, rather than continuing a system that is, by its very nature, hierarchical and fraught with inequity. If we really shift to this new decision-making process, then we are also affirming that we want to make our work more effective, equitable and efficient.

Moving towards an Advice Process decision-making structure is not a single leap, and there are lots of points between it and a top-down model. There are also decisions that are bigger than any one team or individual, and this process cannot replace good governance. But I believe it is a framework that can guide us towards a structure that empowers all of our team members and builds trust that is hard-earned through the work of relational team-building at all stages of an organization and at each stage of a career. It helps us to understand that good decisions are more likely if you have the input of other people who are closely connected to the scene of action. Our existing top-down system is failing to train the next generation of leaders at a time when our current leaders are retiring in significant numbers. To resolve this, Advice Process decision-making demands mentorship and coaching, allows for senior managers to step in as needed, and invites reflection and continued learning of decision-making skills at appropriate levels throughout the organization. Additionally, it pushes our executives to give their decision-making attention to the critical areas where that authority is most needed and where that expertise is most valued.

The system Jethro proposes is heavily influenced by continued feedback, discernment by Moses, and then a decision that is reported to God and the Israelites. As they set up their system of governance, Jethro realized that Moses simply couldn’t go it alone; he understood that the Israelites needed guides and mentors as a new generation of leaders emerged. It was simply not sustainable for Moses, or for the Israelites, to have all the decisions flowing from one voice at the top of the organizational chart. Let’s learn from this example and invite our executives to be mentors and guides as we raise up the next generation of Jewish communal professionals. That is the work that makes me excited to get out of bed and head into the office each day. It is more fulfilling than just making decisions and reflects a vision of leadership that is biblically rooted, as well as forward-thinking. 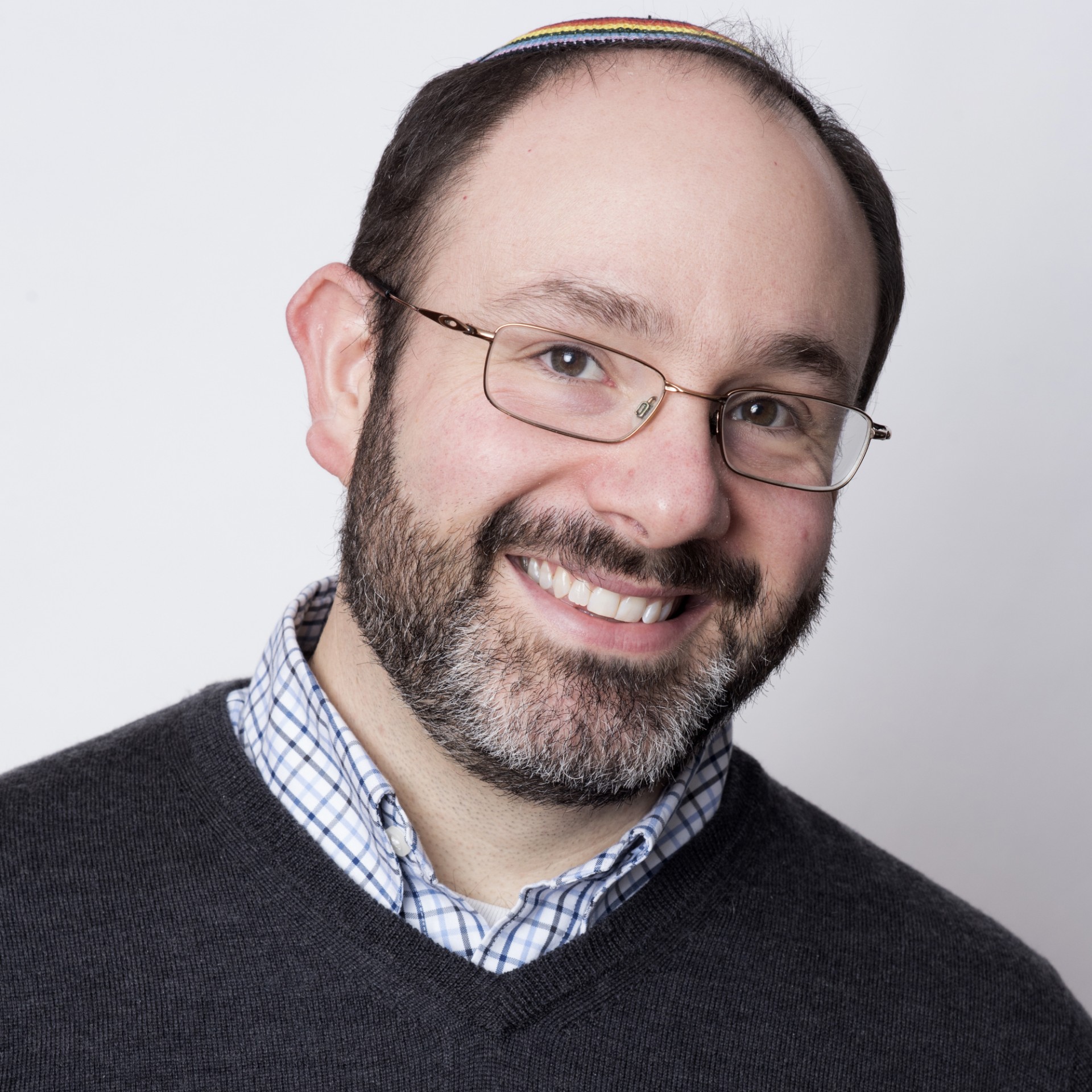