Home » Israel/Palestine » AIPAC Has Stepped Way Over the Line

I write with alarm that the American Israel Public Affairs Committee (AIPAC), a large and influential PAC in Washington, D.C., that historically has supported Israel, decided to endorse and fund heavily many Republican Congress members who voted against the certification of the 2020 presidential election results. They thereby supported overturning the election as a key element of the Trump campaign’s insurrection against American democracy and the United States Constitution. I am also alarmed by AIPAC’s heavy funding in the millions of dollars against pro-Israel Democratic candidates for Congress who are active supporters of a “two states for two peoples” resolution of the Israel-Palestinian conflict.

This PAC targeted and helped defeat Democratic Rep. Andy Levin of Michigan and former Rep. Donna Edwards of Maryland because of their active advocacy for a two-state solution. United Democracy Project CEO Rob Bassin noted to The Jewish Insider (Aug. 3, 2022) that the PAC “is allowing us to clearly define who is and who is not pro-Israel. And that is the objective, essentially, of what we’re trying to achieve.” To state that Levin and Edwards are not pro-Israel is factually false.

Many voters in Michigan and across the country do not know that the deluge of ads flooding their airwaves were paid for by a group with a deeply unpopular, right-wing foreign-policy agenda favored by a small minority in the American Jewish community, which is backed in part by Republican mega donors who contributed to AIPAC’s SuperPAC “United Democracy Project” (UDP). And they do not know that this same group endorses and supports 109 Republicans who voted to overturn the presidential election on Jan. 6, 2021.

UDP’s intervention in Democratic primaries to promote its unpopular agenda is harmful to U.S. foreign policy, to the Democratic Party, and ultimately, to the interests of Israel and the U.S.-Israel relationship. A group that attacks Edwards and Levin as extremists who must be defeated — while endorsing Jim Jordan, Elise Stefanik and 100-plus adherents of the Big Lie for re-election — is simply not a group that should be decisively shaping the outcome of Democratic primaries.

It is clear that strongly identified Americans and Jews have supported AIPAC over many years because of that organization’s advocacy for Israel and its security. I was myself an avid AIPAC supporter during the 1980s and 1990s. Over time, however, as AIPAC moved politically to the right and advocated for Israel’s right-wing government policies with only tepid support for the two-state solution of the Israeli-Palestinian conflict, I discontinued my support and lent my support instead, beginning in 2009, to J Street — a pro-Israel, pro-peace educational and political organization and PAC in Washington, D.C. J Street actively supports and advocates on behalf of a negotiated two-state resolution to that conflict and against the expanding settlement enterprise in the occupied territories of the West Bank and in East Jerusalem.

A two-state solution is the only way that Israel can remain democratic and Jewish, and that the Palestinian people can attain justice and sovereignty in their own state alongside Israel, living peacefully and in security. Consequently, I have disagreed with AIPAC politically on many counts, but I always respected those AIPAC supporters who love and support Israel as the national home of the Jewish people.

However, I believe that AIPAC has stepped far over the line of acceptability as an advocacy organization that allegedly supports both Israeli and American democracy. With American democracy facing unprecedented peril from politicians and large wealthy donors who refuse to respect or uphold free and fair elections, it is critical that we only support and raise funds for candidates who defend democracy in the United States and support actively a two-state solution.

AIPAC’s claims of “bipartisanship” cannot excuse support for candidates who only respect election results when their party wins. AIPAC’s endorsement of and funding of millions of dollars to a large number of Republican candidates sympathetic to the aims of the violent insurrection and subversion of our democracy runs completely counter to the views and values held by the vast majority of American Jews and pro-Israel, pro-peace Americans.

Former AIPAC executive director Tom Dine publicly said that if AIPAC contributes “to antidemocratic people who believe the last election was a fraud and they support the Jan. 6 insurrection — no sir, I would not give them a dime.” And former head of the Anti-Defamation League Abe Foxman tweeted: “Sad mistake! Israel’s security depends on America being a strong democracy.”

AIPAC defended the decision to endorse these candidates by stating that they are a single-issue organization, but that is a false dichotomy. All political decisions and policies have an impact on one another; they do not exist in a bubble. If you publicly endorse and fund extremists who endanger our democracy, then you take on significant responsibility for their actions. And if you attack traditionally pro-Israel Congress members and candidates as anti-Israel because you legitimately disagree with them on matters of policy, then you contribute to the dissipation of American bipartisan support for Israel.

Further, a large number of those representatives supported by the AIPAC’s SuperPAC have disturbing histories of comments and actions that are bigoted against LGBTQ people and other minorities. These candidates endorsed by AIPAC pose a serious threat to the principles of justice, equality and democracy that help keep our country, the Jewish community, and all minorities safe.

J Street — a pro-Israel, pro-peace and pro-two states solution to the Israeli-Palestinian conflict — has called upon all fellow pro-Israel organizations with affiliated PACs to take a public “Democracy Pledge” not to endorse any electoral candidates who voted against congressional certification of 2020 election results on Jan. 6, 2021 or otherwise supported the “Big Lie” that falsely claims that Donald Trump actually won the 2020 election.

I was happy to see that other pro-Israel PACs, including Democratic Majority for Israel and the Jewish Democratic Council of America publicly took the Democracy Pledge.

Put simply, an organization that claims to care about a democratic Jewish state in Israel cannot in good faith endorse candidates for office who undermine American democracy. 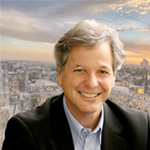 Four Questions for the Passover Seder: Ukraine and Israel/Palestine