Home » Justice » Generational Change: Crossing Over to a New Land

Generational Change: Crossing Over to a New Land

As the Israelites in the book of Numbers undergo a generational transition in leadership in order to enter the Promised Land, so must we prepare to cross over to a new post-COVID-19 world, addressing racial injustice and environmental calamity.

Towards the end of the book of Numbers (Bemidbar, literally “In the Wilderness”), in Parashat Hukkat (Numbers 19:1-22:1), a generational transition occurs. As a comment in the Etz Hayim[fn]David J. Lieber and Jules Harlow, Etz Hayim: Text and Commentary, Jewish Publication Society of America, 2001.[/fn] points out, the center of gravity of the narrative is moving farther away from Sinai and closer to the challenge of conquering the Land. Soon there will be no Israelites left who stood at Sinai, only those who have heard about it from parents and grandparents.

Rabbi Jonathan Sacks emphasizes that Hukkat is about mortality, that nowhere else in Torah is mortality as poignantly expressed. The triumvirate who led the people out of Egypt and through four decades of peril and transformation are reaching the end of their lives. First, Miriam dies. Then Aaron dies. And Moses learns he will never cross the Jordan River and never enter the land. While Miriam’s death may be attributed to old age (her passing is mentioned fleetingly without explanation), the timing of Moses’ and Aaron’s deaths are attributed to a punishment from God.

What wrong did Moses and Aaron commit severe enough to deserve the punishment of not being allowed to complete the journey to which they had dedicated their lives? There are literally thousands of years of interpretation on this question.

Some commentators suggest Moses’ crime concerns violating God’s instructions by striking the rock, instead of speaking to the rock or perhaps for striking the rock twice instead of once. Some suggest it is because Moses disclosed problematic defects in his character as a leader by losing control of his anger at the people. Others suggest Moses displayed a lack of faith by not believing his words would have sufficed to bring forth the water, as God had promised it would. Still others say that by hitting the rock, Moses made it appear as if he, rather than God, was responsible for the water, and so he failed to inspire the people’s faith in God at a critical juncture.

While each of these interpretations offers possibilities, none of them really suffice, especially when we remember that earlier on their journey, in Exodus 17:6, when the Israelites complained of thirst, God had instructed Moses to take the rod with which he’d struck the Nile and strike the rock for water. Moses did so, and God was fine with it! So what’s the difference now?

Even Nehama Leibowitz[fn]Studies in Bereishit, Shemot, Vayikra, Bamidbar and Devarim. World Zionist Organization, 1976.[/fn], after offering a range of interpretations like those mentioned, concludes her own chapter on “Moses’ sin” by quoting Maimonides’ final words on the subject: “Set what we have said, against what has already been said about it, and let the truth have its way.” In other words, who really knows? There is some truth, but it is so abstruse, we’ll never really know what it is.

As I enter Moses frame of mind, what I imagine is this: His beloved sister has just died. She is not only the older sibling to whom he owes his life. She is the one person who has been most by his side through the entire journey. Her miraculous well has provided water in the desert for four decades. With her death, the well has dried up. Grieving, parched, exhausted and at least 35 years older than when he faced a similar moment right after leaving Egypt, Moses grips the rod in his hand, his body remembers striking the rock once before, and in exasperation, he mutters sarcastically, “Listen, you complaining rebels, do you think we are going to get water a second time out of this rock?”

Significantly, the first time Moses struck the rock was before Sinai. Close to the time of the Exodus from Egypt. Hukkat unfolds at a radically different moment. Perhaps when Moses heard God declare that he was never going to lead the people into the land, Moses interpreted it as a punishment. That is how it felt to him. But God realized it was time for a change. A generational change. A moment of necessary and profound transition.

Rabbi Jonathan Sacks asserts that the reason this parashah begins with the ritual of the red heifer — the purpose of which is purification after contamination by contact with a corpse — is because the parashah is about death and mortality. What makes the red heifer ritual so strange is the requirement that the animal needed for the sacrifice is a biological anomaly, impossible or nearly impossible to find. The rabbis famously place the ritual of the red heifer in the status of a hok, a biblical law without reason or logic. But my puzzling over the content and placement of this ritual in the text leads me in a different direction. As I ponder its meaning, I wonder: In ancient times when contact with a dead or dying person, with a corpse, must have been a common occurrence, wouldn’t you think God would propose a ritual for this purpose that would be easy to fulfill? Rather than nearly impossible?

But actually, physical death is not the only kind of dying. There is dying to old ways of being, to make way for the new. Perhaps by placing this odd and inscrutable ritual at the beginning of this parashah, the Torah is signaling there is a need for a ritual of transformation, of cleansing, of purification at this moment of transition between the generations.

Moses and the people are looking both backward and forward. The leaders of the Exodus generation need to be replaced. New leaders need to be chosen for the next phase of the journey. Hearing God’s voice, Moses strips Aaron of his vestments and puts them on his son Eleazar, who is destined to inherit the priestly role. Joshua will be chosen to lead the people because of his courage and military prowess. Only Miriam has no successor.

We are all Miriam’s successors. In fact, we have only begun to retrieve Miriam’s legacy.

Miriam models our capacity to care for those more vulnerable than ourselves (as she did for her infant brother); to intervene in history regardless of our position (as she did when she approached the Egyptian princess and when she challenged Moses’ conduct and leadership) and to dance as well as to sing publicly as a form of worship.

The Israelites stand at the edge of a new way of life. There is a need to die to old ways of being to bring forth the new. We today are at a similar place to where the Israelites are in this parashah.

It is clear now that we will not be going back to how things were before this pandemic. As Carol Ochs writes in The Torah, A Women’s Commentary,[fn]Rabbi Elyse Goldstein, The Women’s Torah Commentary: New Insights from Women Rabbis on the 54 Weekly Torah Portions. Jewish Lights, 2008, p. 934.[/fn]

In the early days of lockdown, I imagined that with a vaccine, however long it took to produce one, we would return to life much as we had known it. I no longer think so, or perhaps more accurately, we had better not! I understand now that this pandemic results from climate change, from the destruction of ecosystems, animal habitats and wilderness that would have kept virulent diseases in check; that three-quarters of all land on this planet has been either covered in concrete or taken over for farming and industrial agriculture; that human beings and wild creatures are being forced into ever closer contact, where microbes have many opportunities to jump from wild creatures to humans. As rural populations shrink, 50 percent of the human population has migrated to cities, creating rapid urbanization and increased population density, which combined with globalized travel and trade create ever more vectors of infection. This globalized economic system is grounded in the idea that global networks of trade, unlimited growth, extraction and consumption of natural resources and exploitation of labor, mostly Black and Brown, is the path to prosperity for the first world. If we continue with business as usual, and even if we begin to try to steer this gigantic ship in a different direction, there will be more zoonotic diseases like COVID-19 and possibly more pandemics. Climate change has finally stopped us in our tracks, up close and personal, here in the first world.

America is simultaneously undergoing a profound social transformation as the fault lines of our society are being exposed because of the pandemic. The Black Lives Matter movement, led by young people, is breaking through white denial about the lived experience of Black people in this society and how the effects of white supremacy pervade every social system — from education to housing to health care to criminal justice to employment, income and opportunity to accumulate wealth. A conversation about reparations for the descendants of enslaved Africans has entered the mainstream.

“The changes we’re seeing today seem in some ways shockingly swift and in other ways, rage-inducingly slow. … But the cascading effect of these protests has been something to behold … we don’t know yet whether this uprising will lead to lasting change …  (but) if we are to be redeemed, if we are to live up to the magnificent ideals upon which we were founded, we must do what is just. It is time for this country to pay its debt. It is time for reparations.”

As one young Jew of Color, Jordan Daniels, wrote in an article published recently by the Jewish Telegraphic Agency: “Black Americans and Jews of Color don’t need short term allies now, we need you to join our fight.”

We stand at a watershed moment in our history. What legacy do we want to leave our children and descendants who will be crossing over into a new land? 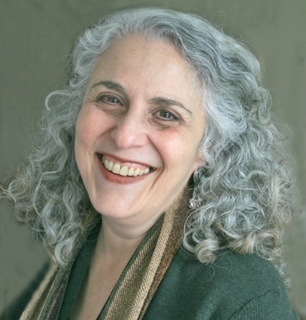