Home » Justice » On Migrants and Refugees: A Sermon

On Migrants and Refugees: A Sermon

As Jews, we are committed to treating every human being as created betzelem elohim, in God’s image, including migrants and seekers of asylum.

How many of you, either as adults or children, moved so that you or a member of your family could take a new job?

Congratulations, you are a migrant! A migrant is defined as a person who chooses to move from their home for a variety of reasons—not necessarily to flee persecution, but perhaps to seek a better life, to improve their economic conditions or simply because it seems like a good idea. You, those of you who raised your hands, are migrants.

Were they refugees, recognized as such by the United Nations and other international organizations?

Were they asylum seekers, fleeing specific threats and being granted authority based on the severity and likelihood of those threats?

Did they have visas to come into this country, or did they simply show up?

Chances are that you don’t know. The reality is that America (except for our Native American brothers and sisters) has always been, is always becoming and will always be a nation of people who arrive in myriad ways and are trying to make new lives. Some were forced here as slaves, some came huddled in boats carrying all their belongings on their backs, some came with papers in hand, some came under the decks, and some walked off first-class plane cabins. But they had one thing in common. Like everyone in this room, they were human beings.

That’s the place where I want to start our conversation tonight—with the absolutely essential fact that every single migrant, refugee, asylum seeker and undocumented person you read about is a human being.

We usually start this conversation, as I did a few moments ago, reminding ourselves that as Jews, we were once strangers and therefore we need to welcome the stranger, or that we remember our time as slaves in Egypt and therefore we must fight for the oppressed. While all that is indeed part of our tradition, I want to go deeper, reminding us that even if we hadn’t been slaves and even if we hadn’t been strangers, we would still be obligated to fight for the dignity of each and every person. Why? Because they are, like you and me, created Betzelem Elohim—“in God’s image” (Genesis 1:26-27).

What does that very first text in Genesis about humanity’s existence tell us?

What does it mean to say we are created in God’s image?

Principle 2: “Furthermore, only one person, Adam, was created for the sake of peace among men, so that no one should say to his fellow, ‘My father was greater than yours.’ ” In other words, no one human life is inherently more valuable than any other.

And third: “Also, man [was created singly] to show the greatness of the Holy One, Blessed be He. For if a man strikes many coins from one mold, they all resemble one another, but the King of Kings, the Holy One, Blessed be He, made each man in the image of Adam, and yet not one of them resembles his fellow.” That is, diversity is also a reflection of divinity. Difference is actually godly.

From these lessons, we learn the absolute imperative to preserve the dignity of each and every human with whom we come into contact.

This does not mean that we don’t have laws and procedures, and that don’t judge people’s actions and, when appropriate, enforce punishment. But it does mean that everyone gets a chance to tell their story, to fight for their rights and to be treated humanely in the process.

It means—no matter what you believe about border walls or how many people should be let in to this country—we cannot separate children from their parents, hold people in substandard conditions for an indeterminate length of time nor treat people as waste products and trash.

Recently, a 7-year-old girl died while in U.S. custody from dehydration and lack of medical attention.

Children are still being kept in tents and in deplorable conditions. And we have recently learned of several cases of abuse of children while in government custody.

Huge numbers of people who are released from detention with ankle-monitoring devices have no support or resources in order to find their way to safe communities and family members, leaving it to overtaxed local nonprofits to help people along the way.

Along the border, confusion reigns as the administration attempts to prevent people from their legal right to seek asylum at any location and has limited the number of people allowed to ask for asylum each day.

These are cruel policies designed to frighten, dehumanize and deter people from their God-given and legally given right to seek asylum from war and devastating violence in their homes.

This is not how we enact Betzelem Elohim.

I want to tell you about one story, about one person I met when I had the opportunity to visit the border a few months ago:

I first saw Pablo in the courtroom. His deep-set eyes and narrow face reflected his fear and anxiety; they were bright and curious, but also uncomprehending and a little bewildered. I watched him carefully as he sat, legs shackled, wearing disheveled clothing, interpreter headphones in his ears. He looked around the courtroom as if trying to find something to steady him during this process.

I tried to make eye contact, to give him a reassuring glance. I’m not sure I succeeded.

I was in San Diego’s Federal Courthouse to witness “operation streamline”—the expedited process by which groups of individuals accused of illegal border crossing are arraigned, enter a plea, convicted and sentenced within one day. Pablo was one of 19 men and one woman on trial that day for illegally entering the United States. He was arrested on Monday, and as we would see, he would be back in Mexico by Wednesday morning.

Pablo had walked in between border fences on Monday morning and was apprehended 40 minutes later. It was Tuesday, and he had no idea what happened to the two other men he had crossed with, nor what would happen to him now that he was in court.

Under the administration’s “Zero Tolerance” policy, all individuals who cross the border illegally are immediately arrested and turned over to the criminal justice system. Although illegal border crossings have declined steadily in the past 20 years, increasing violence and corruption in the southern Mexican states of Guerrero and Michoacán have left many with little choice but to flee and seek a better life elsewhere.

Pablo, 31, is from Guerrero, where drug lords and criminal gangs have all but replaced any sense of civil society. It has become impossible for him to find work to support his wife and four children. As he stated in an interview the next day, for Pablo and men like him, the only hope they have is “the American dream.”

I first saw Pablo in court on Tuesday morning. And then on Wednesday, while visiting Casa de Migrante—a Catholic-run shelter for migrant men in Tijuana—I saw him again. He was a little more relaxed, a little more at ease. No longer shackled, having had a shower, a change of clothes and a hot meal, he was almost joking with some of the other residents of the shelter and trying to call home on a borrowed cell phone. When we recognized him, we asked to speak with him. He shared his experience of crossing the border and being apprehended, of being held in an uncomfortable jail cell with 45 other men, and of sleeping on a hard, concrete floor with no blanket. They served them a little mush in the morning. He described being cold, afraid and completely confused by what was happening to him.

Pablo speaks no English. He didn’t understand that by coming into the United States to look for work, he was doing something illegal. He had asked about how he could come in legally, but no one answered him. Pablo had never heard the word asylum and has no idea if he could qualify for asylum, so he never asked for it. He also had no idea that the United States was trying to cut down on the number of people coming through the border; that information had never reached him.

Pablo talked to us quietly, without emotion. But when I asked him if he would try to go north again, that’s when he broke down. He said his 9-year-old son begged him not to. He was afraid for his father’s life and begged Pablo to come home. At this point, he was just planning to go home. When I asked him how he would support his family, he just shrugged and started crying again.

I tell you Pablo’s story not because it’s so extraordinary or because he deserves special attention, but so that you can hear the story of an ordinary man, an ordinary father, who just wants to provide for his family. He is not a criminal—not a terrorist, not diseased or lazy—just broken and desperate, living in a place with no hope and holding on to one glimmer of hope he had been taught: opportunity in the United States.

I have no idea if Pablo should get to come to the United States, should be granted a work visa or asylum or not. But I do know that he is a human being, and as such, he has the absolute right to be treated with dignity, to be met with respect—not to be arrested, shackled, mistreated and thrown out just because he wants a better life for his family. It’s the treatment of people like Pablo that brings me shame and makes me angry for what our country has become.

There is a way to have proper background checks, legal process and due process, and still provide people with their basic human dignity and treat them humanely. I am sure of it. As a Jew, I believe with all my heart that you and I, Pablo, Jakelin Caal Maquin (the 7-year-old who died in Texas in December) and every single person who approaches our borders is created Betzelem Elohim, in the image of God. I am committed to pushing for, calling for and acting for humanity in our immigration and refugee system at all times. 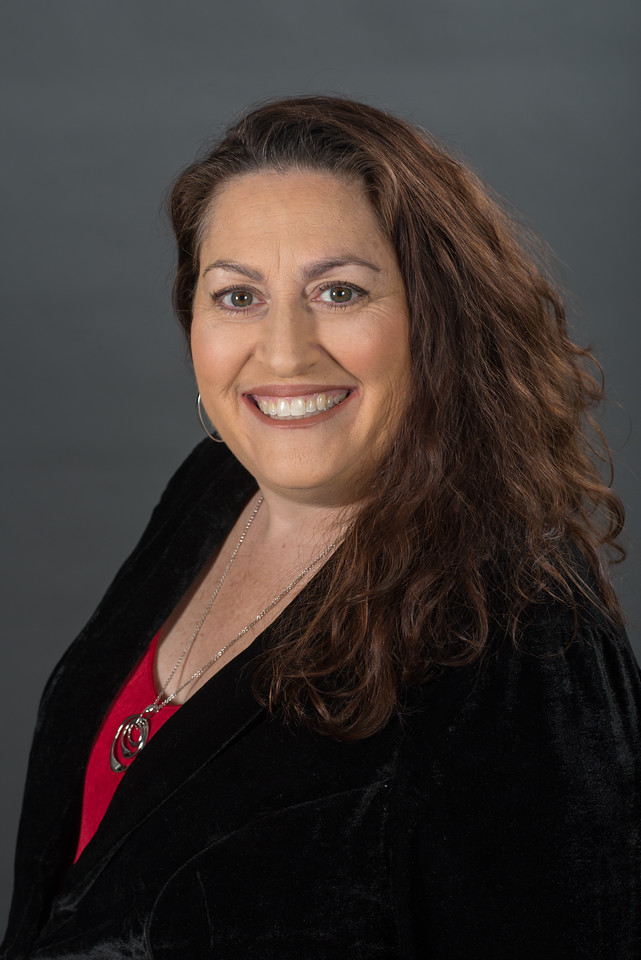