Home » Israel/Palestine » Moving Ahead Without Leaving Anyone Behind: A Loving Strategy for Bold Leadership

Based on her teaching for Senior Torah, May 2022

Last year, I spent the year in Jerusalem; studying Torah at a yeshivah and doing a good amount of activism work in solidarity with Palestinians. About a month into the year, I joined an olive harvest led by Palestinians in the West Bank. The fall is the olive harvest season in Palestine, and due to increasing amounts of settler violence, Palestinian communities often ask for international activist accompaniment.

One Friday morning, I woke up early to join this harvest, and as we approached the meeting site, we saw a big group of people. But the road was being blocked by the Israeli military. We got out of the car, and I saw Ali, someone I had met briefly on a previous activist delegation about a year prior. We recognized each other and said hello. He explained to us that down the road, settlers had been preventing the olive harvest, which then led to the Israeli military throwing stun grenades and tear gas, which then led to many olive trees catching fire. At some point, we began to notice our eyes watering, and I began to have trouble seeing. Tear gas had been thrown our way; I hadn’t realized how close it had been thrown to us. We took some distance to recover.

A group of us — Palestinian, international and Israeli activists — decided we were going to try to get to the olive harvest area. In an exhausting hour or two, we climbed through rocky and prickly hills, and eventually turned a corner and saw a scene I’ll never forget.

Olive trees on fire. Palestinian men running by me with huge sticks attempting to put out the fires. I don’t even pretend this is something I can truly help with. Then more tear gas. Running, catching our breaths. More tear gas. More running, more catching our breaths. More fires and also some laughs in between because what is the pursuit of freedom without laughs and joy in there, too? I finished the day and my body was so tired. So was my heart.

No olives were, in fact, harvested that day.

We drove back to Jerusalem, and as I returned to my apartment before the beginning of Shabbat began, I found myself so disoriented. Where was I just now? What had I seen? Shabbat was deeply needed, and I needed to rest.

To mark the end of that Shabbat I had been invited to a rooftop Havdalah being led by someone studying at the same yeshivah as me. The style was Neo-Hassidic, and there were lots of songs and words leading up to the Havdalah blessings. It was dark, and we were all wearing our masks. As people sang songs and expressed joy, I found myself growing angry. Who were these people sitting around singing songs while Palestinians cannot even access their OWN olive trees?! These people were singing songs about peace, but what were they actually doing to bring that about?

We finally arrived at the blessings, and I felt myself ask the question: Are Palestinians suffering because a bunch of American Jews want to make Havdalah on a roof in Jerusalem?

Though work on Israel-Palestine is not new for me, to my surprise, my heart continues to break. There seems to be no scarcity of heartbreak, just as there is no scarcity of love — ahavat yisrael, a love for the people Israel. A love for my people.

Often Jews who express solidarity with Palestinians have their ahavat yisrael questioned. We are told we do not love our people enough. Ahavat yisrael seems to have become a weapon to shame and marginalize, instead of a call to see the fullness and potential of the Jewish people. This is not only true for Jews who support Palestinian human rights but also for Jews who advocate for many issues that mainstream Judaism hasn’t come to accept yet.

There is a piece of Torah that in some ways has served throughout my years in rabbinical school as my guidepost. I find that my answer to the question it poses for me can change sometimes every few months.

In Exodus 13:18 we read, Vehamushim alu benei yisrael mei’eretz mitzrayim. The typical translation is “The Israelites went up armed (hamushim) out of Egypt.” The word hamushim, “armed,” shares the Hebrew root of hamesh, “five.”

This is so different from how we often hear the Exodus story. We often talk about the Israelites leaving Egypt as one, but what does it mean for our understanding of the Exodus narrative to think about the fact that according to the rabbis, a maximum of 20% of the Israelites left Egypt? What does that tell us about how quickly we can expect our people to change?

I am placing myself in the shoes of our ancestors, bags packed, matzah coming out of the oven, and I see an image of me crying as my neighbors cannot come with me. Their hearts cannot brace them for this journey. They are not ready.

I want to hold their hand and walk with them, each and every one of them. It feels emotionally unfathomable that I would be able to leave Egypt without them.

There have been moments throughout the last five years of rabbinical school where my patience for how fast the Jewish people can change runs low. Like on that rooftop in Jerusalem, I was so angry and was so fed up by what I saw as a block in the hearts of my people.

As progressive Jews and specifically as Reconstructionists, we are often the first to take on issues where change is needed. It can be incredibly lonely to be in the hamushim, the one in five. We have each other, thank God, but sometimes that doesn’t feel like enough. It feels exhausting to often be the people saying we have to go, that it’s time to leave Egypt. It is hard to always feel unified in this effort.

We are taught in the Talmud (Pesachim 54a) that seven phenomena were created before the world was created; one of those was teshuvah (“return” or “repentance”). Teshuvah existed before the world, before humanity. It is so central to our tradition that as a people, reflection is embedded into what it means to be alive. To be a Jew is to recognize the potential for transformation.

What a powerful way to ground us as humans and ground us theologically.

I have come to realize that the reason I love God so much is because I love people so much. My love for God contains a certain amount of expected pain in my life and so does my love for people. I know that to be in relationship with others involves struggle. That realization doesn’t make struggle easy though. It is difficult to hold onto both the potential we hold as a community, while also recognizing the reality we sit in.

This past Shabbat, I was getting ready to lead Friday-night services on Zoom. The minhag where I serve is to do Motzi (the blessing over bread) as a community. While I’m scrambling to get ready, I realize I don’t have a key-shaped hallah as is the custom for the Shabbat following Pesah. I actually don’t have hallah at all, and I have no time to make it. And then I realize the real kicker, I have no bread. I haven’t bought bread since Passover ended, but what I do have is a box of matzah. So matzah it is.

And on my Shabbas ritual plate, I place two pieces of matzah and … a key. Just a single loose key.

The reality but also the dream.

The matzah and the key. Both. Together.

After five years of study, I have come to believe that our role as rabbis is to live at an intersection that at times feels impossible. The intersection between running out of Egypt to freedom even if not everyone else is ready and also not leaving anyone behind. This, at times, feels like an impossible task.

Ultimately, it is time to love. Ahavat yisrael, a love that is always holding the hand of our neighbor while we simultaneously walk out the door. 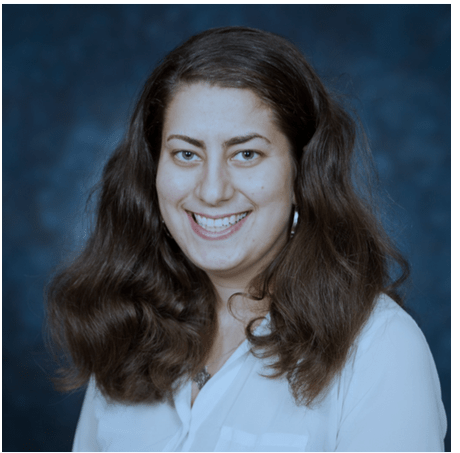