Home » Community » Reconstructing the Society for the Advancement of Judaism (SAJ)

Based on a talk delivered at the “SAJ As A Civilization” symposium commemorating the 100th anniversary of the founding of the Society for the Advancement of Judaism.

I became the rabbi of the SAJ in the summer of 2001. At that time, SAJ’s building was run-down, and the membership had declined over the previous two decades. A group of members had left the SAJ to be part of the founding of the West End Synagogue. The future of the SAJ seemed uncertain.

Yet, I would say there were still three elements of Reconstructionism of significance remaining for SAJ members in 2001: 1) the historic nature of being the founding synagogue of Mordecai Kaplan, Ira Eisenstein, Judith Kaplan Eisenstein, etc.; 2) a disbelief in a supernatural God; and 3) a belief in open discourse — the notion that you could say anything during the Torah discussion, and no one would say you are not allowed to say that here (which, of course, didn’t mean people would hesitate for a second to tell you how wrong your ideas were).

At that time, the SAJ was dually affiliated with the Conservative and Reconstructionist movements. The source of that dual affiliation was historic. I imagine it also reflected Kaplan’s ambivalence about his relationship to JTS[i] and his ambivalence about Reconstructionism being a denomination rather than a movement. In 2001, the dual affiliation was important to the more traditional members of the SAJ, and SAJ’s religious policies were more Conservative than Reconstructionist. The service itself was basically in Hebrew. The liturgy was traditional except for the classic changes made by Kaplan such as removing chosenness. On Shabbat, we used Kol Haneshamah, the Reconstructionist prayerbook, and then following the Torah service, we would turn to musaf in the Conservative prayerbook.

While some felt the dual affiliation was a positive sign of diversity, I felt it was confusing and required even more explaining than just the frequent necessity of explaining Reconstructionism to the many people who had never heard of it.

It felt to me that the SAJ was carrying on its traditions from its own past but was not engaging much in Kaplan’s notion that each generation of Jews must reconstruct Judaism in the light of the challenges and opportunities of their times. Often, the past seemed to have a veto not just a vote.[ii]

As the first graduate of RRC to be the rabbi of the SAJ, I wanted us to continue the process of reconstructing Judaism for the present moment. One challenge was how to respond to the open society of America, specifically how to be more welcoming to the increasing diversity of the Jewish community. In 2001, the SAJ’s existing policy was not to allow the non-Jewish parent of the bat or bar mitzvah to come to the bimah on the occasion of their child’s simhah. Over time, a series of decisions were made with regard to the status and participation of people who were not Jewish — beginning with allowing the non-Jewish parent to come up for the aliyah preceding their child’s aliyah. This not only meant that the parent was given an honor and a public role on the occasion, but also that they were standing next to their child when the child came up for her or his aliyah. Subsequently, after a lengthy community process, the SAJ adopted a policy that accepted Jews of patrilineal descent. Finally, through a community process, membership was defined as a Jewish family, thereby including non-Jews as members.

There was another area of change during those years. I had been very involved in the Jewish counterculture and was a member for a number of years of Havurat Shalom. It felt important to me to add another piece to one of the SAJ’s longtime commitments to the intellectual discussion of Judaism — a defining character of the community. By contrast, the learning at Havurat Shalom was spiritual — that is, we engaged with texts to see what they had to say about life, and we brought our lives as tools to understand the texts. It was not just the head but the heart that was engaged. This kind of engaged learning became part of the SAJ’s Shabbat-morning Torah discussions as well as its classes.

The other area of change was in prayer services. I added niggunim, Hasidic melodies, to the musical repertoire of the SAJ, which at that time had consisted mostly of traditional synagogue music such as Lewandowski. As spiritual folk music, the niggunim invited everyone to join in the singing, thus providing them with a potential heart-opening prayer experience.

A special services committee was created to explore Shabbat morning services at the SAJ. At its first meeting, someone asked: What if we looked at the services and explored what we want the experience of each part of the service to be? This was a profound change in the starting point of discussions of services; the question was no longer how much or how little of the traditional liturgy had to be retained. Over the years, this ongoing exploration led to many changes in the service, including giving up musaf, shortening the amount of liturgy said, and mostly stopping doing the haftarah even at bnai mitzvah services. Eventually, we dropped the first part of the service and had a weekly handout on a theme with readings and songs that served as the kavanah (intention) for that Shabbat. Finally, once a month, musicians added instruments to the service.

More broadly, the SAJ continued Kaplan’s notion of a synagogue/center that includes art, music, learning, etc., as having a place here, not only prayer. Specifically, I took the word “center” to mean that the SAJ should run more programs than a typical synagogue — closer to a Jewish Community Center’s (JCC) programming — and so we had for many years a once-a-month talk on Shabbat after services by outside speakers ranging from Holocaust historian and professor Deborah Lipstadt to American political scientist and author Robert Putnam. During the break on Yom Kippur afternoon, we would have a speaker addressing some aspect of social justice, facilitated by longtime member Ruth Messenger (as a response to the morning’s haftarah calling for justice, not just fasting). The JCC in Manhattan for many years brought a number of Israeli artists to New York for a week of performances. We were the only synagogue who took up the JCC’s invitation to have Israeli artists spend Shabbat at the synagogue, including the memorable dance troupe Vertigo. For many years, Betsy Goldberg, herself an artist, curated exhibits in the social hall.

I retired in 2015 and have been working on a new book that will be published this fall. The premise of the book is that liberal Judaism is in decline because we have not succeeded in convincing many people that Judaism is important. It’s not that American Jews are embarrassed about being Jews; the question is rather, why bother? Why bother keeping kosher? Or going to synagogue and saying the liturgy? I feel we haven’t really adapted to the seismic changes of living in the modern world. And now, we live in particularly disruptive times.

Hence the book’s title is Judaism Disrupted: A Torah for our Times. It has been the most difficult book I have ever written — the most radical and personal. I have been thinking about how the book’s ideas can be applied to the institution of the synagogue. I think synagogues are in trouble. I want to suggest that we revisit Kaplan’s notion of the synagogue-center, even while acknowledging that the SAJ and Reconstructionist synagogues have embraced much of this model.

I want to push the synagogue-center model to another level for I believe that Jewish Community Centers can be a model for the future. On population surveys Jews, between the ages of 18 to 29 — 40% of young Jews — pick the choice of “None,” as in none of the above, making it the largest “denomination” of young American Jews.

Currently, synagogues are seen as religious institutions led by rabbis who are religious leaders. The allocation of staff and other resources for services overwhelms anything else synagogues do. What if we created synagogue centers that structurally emphasize there are many ways to participate in Jewish life: study, arts and music, social justice, spirituality, services and more. Connecting them all is community and peoplehood and kiddush. The model is a Jewish Catalog; there are no requirements listed for being a good Jew — just choices — DIY-design it yourself.

Most of all, it would require a redefinition of the synagogue itself, not as a religious institution but a place where Jews gather together mostly in smaller groups. A Beit Knesset — a place of assembly where Judaism lives as a civilization in the broadest understanding of that term. I suggest this model knowing that there are many practical obstacles for its creation particularly for smaller synagogues.

I also suggest this as a possible model as someone who defines his Judaism as spiritual and religious. In fact, I am someone who wonders whether a Judaism that is only cultural will be able to survive from one generation to the next. But I recognize that there are plenty of Jews that don’t agree with me. We don’t know for sure what will work to ensure a future for Judaism in America, but I think it is pretty clear what is not working.

The time for tinkering around the edges is past. Im lo akhsav eimatai — “For if not now, when?” The time for us to advance Judaism into the 21st century is here — for we are Reconstructionists, and this is the Society for the Advancement of Judaism.

[i] The Jewish Theological Seminary of the Conservative movement, which Kaplan had attended.

[ii] The saying, attributed to Mordecai Kaplan, is “Tradition has a vote but not a veto.” 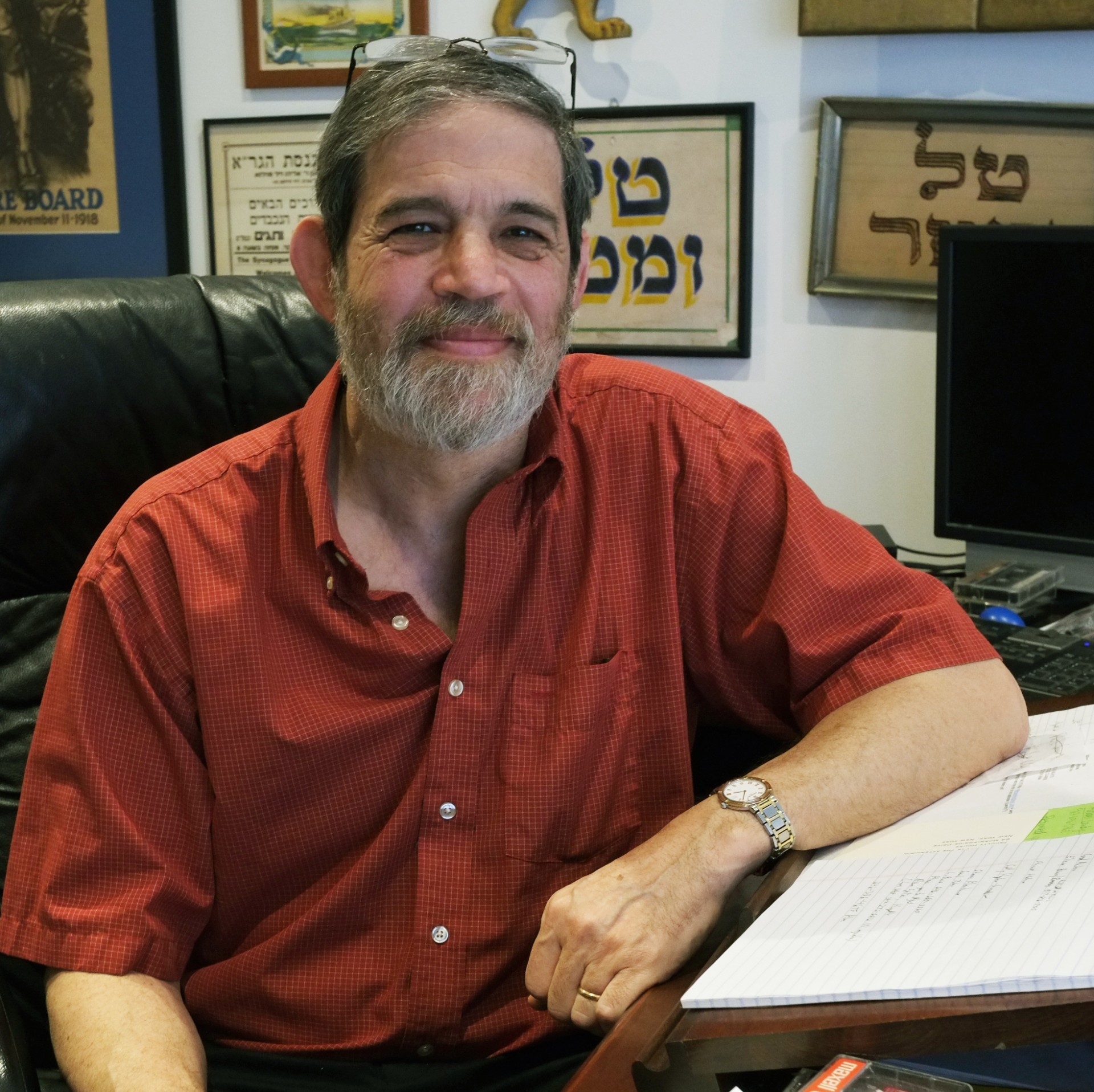 The Case for Welcoming Uncircumcised Jews From Rabbinic Sources

February 20, 2022
Posted in Community
It is time to welcome with open arms Jews who think differently about circumcision.