So many excellent historical and fictional accounts of the Holocaust have been written, it would be difficult to count them all. Some might even be tempted to ask “Why write another one?” Jewish American writer Richard Zimler’s latest novel, The Incandescent Threads, offers two very different answers — one literary and the other historical, which will resonate with fans of his Sephardic Cycle series and equally with anyone interested in geopolitics.

The publication of The Incandescent Threads, the fifth book in Zimler’s series about the descendants of the Jewish Portuguese Zarcos family, could not be more timely. Seventy-one years after entry into effect of the United Nations Genocide Convention, intended to prevent and punish genocide, this crime against humanity is still perpetrated in different parts of the globe: abuses against Uyghurs in China and genocidal intent in Ukraine following this year’s invasion by Russia are two examples. In Russia, the Jewish community is increasingly concerned that its members will be targeted under the climate of intolerance stoked by the Putin regime. A high proportion of Jews have left Russia in 2022 to begin new lives in other countries, the fourth wave of exiles in the last hundred years.

But it is not only in relation to the brutal Russian invasion of Ukraine that Zimler’s novel is a tale that reflects on our era and offers us hope. The current international wave of antagonism and hate, characterized by polarization in politics with populist leaders who refuse to accept defeat in democratic elections, uncivil society, acrimonious debate and even complete refusal to discuss with those who have a different point of view are all firmly put to one side by Zimler. In their place, he proposes tolerance, listening, empathy and respect. Does this make him naïve? I don’t think so. Zimler creates narratives of inclusion, intentional and unintentional guidelines for our contemporary society: “We are all created in the image of God,” he seems to say.

Zimler, 66, began his working life as a journalist in the United States before teaching journalism at the University of Porto in northern Portugal. He is married to a Portuguese Member of Parliament. I mention this because Zimler is not only an incisive storyteller who sweeps the reader up in an engaging dance to the music of time, but an equally accomplished communicator who understands the precariousness of today’s global village and the urgent need to find points of agreement rather than dissension. This writer read the almost 500 pages of The Incandescent Threads over a single weekend.

Resilience is a central tenet of the book. Zimler’s characters, who are survivors of the Warsaw Ghetto and their descendants, never completely collapse or forget their terrible past. They manage to rebuild their lives, relocating to other parts of the world — cities such as New York or Montreal — to create businesses, make music or love, and forge deep enduring friendships. Zimler reminds us with sentiment that wealth generated from friendship can often be a most satisfying form of riches: “I love you beyond the edge of the world,” a character says. In Zimler’s novel, love transcends time and territory.

The Incandescent Threads is a great stew of a tale, its ingredients simmering away like cholent. Timelines disappear into the depths of the literary pot, as we zigzag back and forth between the Warsaw Ghetto during World War II and North America in the 21st century. Narrators pass the baton of generational transmission to another relative, the elderly are reintroduced as children, and a young girl killed in Treblinka reappears as a ghost. As in the earlier books of the Sephardic Cycle, Zimler liberally sprinkles Jewish mysticism and Kabbalah, and the “incandescent threads” of the novel’s title link people across centuries and diasporas, filaments of cause and effect.

One of the book’s central characters, Shelly, looks back and reflects: “Everyone died in the camps except my cousin Benni.” After the war, Shelly returns to Warsaw, where Nazi occupation has now been replaced by occupation by the Russians, to search for his young cousin (who had fled Warsaw rolled in a rug) and for any other members of the family who may possibly have survived. Shelly knocks on many doors before encountering an American official who offers chilling assistance: “If you want, I can tell you what transport to Treblinka some of the people on your lists were on.” Shelly eventually tracks down Benni, who has managed against all odds to survive, living in hiding with an elderly Polish piano teacher. In a defiant reference to Hitler’s 1,000-year Reich, we are told: “Bach and Beethoven will last a thousand years.” Shelly had vowed that “if he ever survived the war, he would find love anywhere and any how it came to him.”

In Zimler’s hands, Shelly’s putz becomes a potent tool for sexual diversity. Zimler is refreshingly open to discussing sexuality, instead of making us tip toe out of the room. Because it’s all too familiar, we stand and watch with a big grin.

Zimler writes about the generational pain of the Holocaust through a life-embracing lens of humanity, humour and sexuality. He also raises a number of important questions, leaving us to reflect on our own experiences and come up if we can with roadmaps to move forward. How do we resemble our parents, and how do we differ from them? How can we come to terms with the past? At different moments of The Incandescent Threads, a character brings out a bottle of one of Portugal’s distinctive wines to celebrate. Zimler, who has lived for more than years in Porto, toasts Jewishness and life enjoyed. 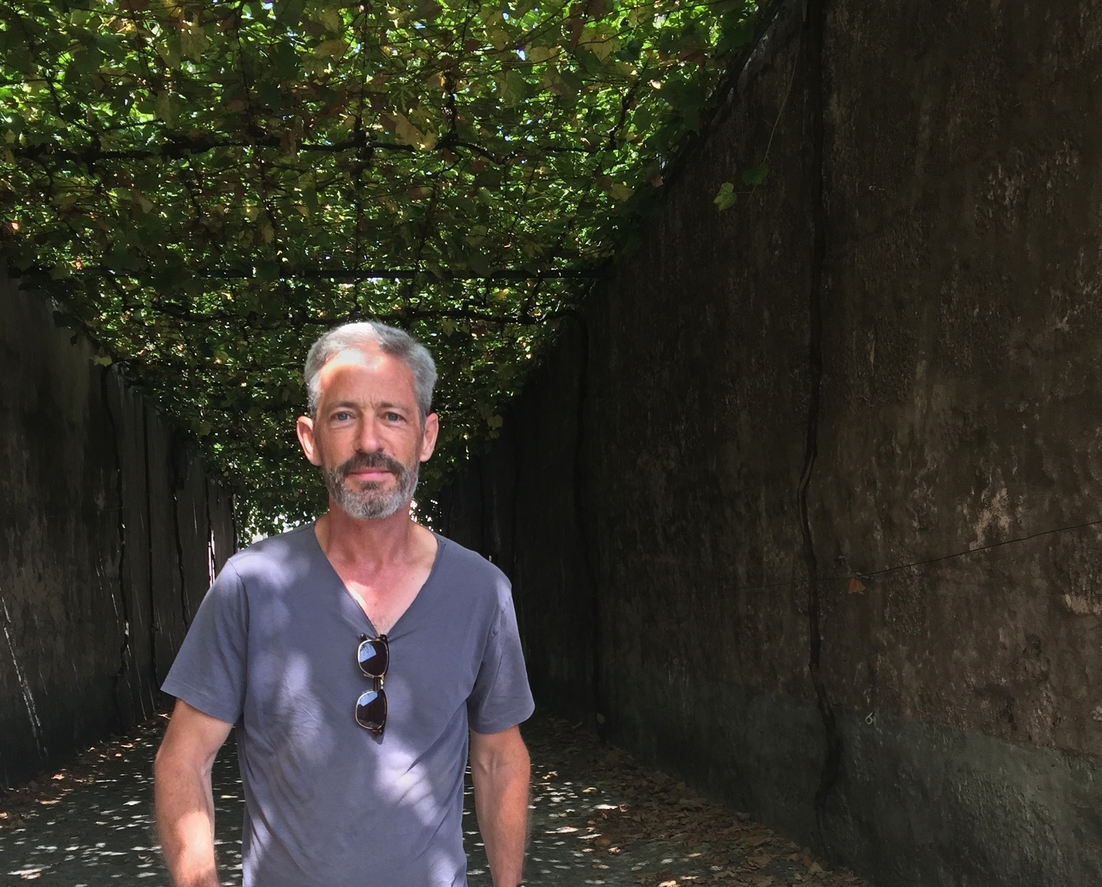