*This article was first published in the ZEEK issue “Reconstructionism: Denominationalism That Works?” (Fall 2010)*

Although to every individual the achievement of personal salvation is his supreme quest and responsibility, it is unattainable without devotion to the task of social salvation. -Mordecai M. Kaplan, The Meaning of God in Modern Jewish religion

When I was in college, I was seriously engaged in campus activism and deeply committed to the principles of non-violent direct action. That being said, I also really wanted to be in a riot. I justified this by arguing that property destruction that did not hurt people, especially when it exposed or stopped injustice, was an acceptable form of non-violent action. In the fall of 1990, as America and its allies prepared for the Gulf War, I finally got what I wanted at a demonstration opposing the war in the heart of San Francisco’s financial district. This protest was intended to shut down the district and demand an end to business as usual. It started with blockades of the San Francisco Stock Exchange, Exxon corporate offices, and several international banks. We also marched into busy streets; we sat down and snarled traffic. At some point, the police declared our protest was no longer lawful and that if we did not immediately disperse, we would be arrested for rioting.

Almost on cue, the crowd turned more reckless. A group ran into the nearest McDonald’s and started tearing it apart. As I joined them, I was both thrilled to finally be in the riot and self-conscious of my own participation. Upon entering the McDonald’s, I searched for an object to destroy, without hurting anybody, that would adequately express my rage at corporate America. Settling on a napkin holder, I ran out of the McDonald’s and smashed it fiercely against the sidewalk. Even at that very moment, I realized I was somehow missing the point.

I share this embarrassing story because I believe that, at that moment, I was hovering extremely close to a kind of idolatry. In his book Going Public: An Organizer’s Guide to Citizen Action, Michael Gecan describes this kind of action as idola- try because it is more about drawing attention to the actors than to mak- ing meaningful change. It mistakes action for justice rather than moving the world closer to justice. I can now see that at 20, I was in some ways more concerned with drawing atten- tion to my own radical identity than to the work of meaningful change. I wanted to smash an idol, and instead, I smashed a napkin holder. I wanted to smash idolatry, and I inadvertently found myself practicing it.

Unfortunately, too many synagogues are filled with napkin-holder smashers. Even those congregations and rabbis, who, like myself, are strongly com- mitted to the pursuit of justice, often miss the mark. We mistake a Mitzvah Day or a fiery sermon for the work of repairing the world. We take actions that make us feel good about our identities as justice-seeking Jews, but that do little to effect change.

Justice, like worship and Torah study, is meant to be the central work of the entire synagogue. However, we rarely acknowledge its importance. Every synagogue commits to holding Shabbat services, even in communities where service attendance is low. Pursuing the prophetic call to justice, by contrast, is regularly pushed to the back burner, the province of an often-marginalized Social Action Committee.

To be fair, many synagogues don’t engage in justice work because they don’t know how. Planning a Mitzvah Day is relatively straightforward and requires only a staff person willing to set it up and congregants willing to give up one afternoon. Advocating for systemic change – addressing issues like health care, affordable housing, quality education, and marriage equality – requires power. For most of us, this primarily means the kind of power that comes when we act with others. To access this type of power, we have to be in meaningful relationship with others – first in our congregations, but ultimately beyond.

In recent years, Bnai Keshet, the synagogue where I work, has, along with many other synagogues nation- wide, begun to engage in Congregation Based Community Organizing. One of the fundamental principles of organizing is that we must actively develop the habits of relationship building. We must find ways and times to connect with each other in a community that go beyond polite conversation after Kiddush. We must build relationships by asking each other: What truly moves us? Why are we even at syna- gogue (or not at synagogue)? What do we hope our children will gain by being educated as Jews? We must also listen to the stories of one another’s suffering and fear. What keeps us up at night? What propels us to work so hard? What challenges and struggles are we facing? At Bnai Keshet, more than 250 members have participated in small house meetings or one-on-one individual meetings discussing exactly these questions.

It is remarkable how asking these questions and sharing these stories has changed the story our predominantly middle class and upper middle class New Jersey congregation tells about itself. We now know that we are a community with members who stay in jobs they might otherwise leave so they can maintain health insurance for their families. Gay congregants married in our synagogue have shared stories of New Jersey’s refusal to acknowledge their weddings and of doctors failing to give them the rights of heterosexual couples. We now know that we are a community in which people are living farther and farther from the synagogue so that they can live in more affordable homes and neighborhoods.

Recently, we held a Relational Shabbat service, in which we put aside the sermon so that the entire congregation could share its experiences of the economic downturn in small, facilitated groups; it was transformational. Too often, we experience the challenges in our own lives as purely personal without considering our connection to more systemic problems. This conversation created a space for people to talk safely about the exact

kinds of economic challenges and fears that are often kept unspoken out of shame. We have also come to realize that though many of us are financially secure, this is not true of all of us. We have had to change the way we talk about our congregation to reflect the reality that some of our own members are poor, unemployed, and without insurance. We have had to recognize that we are fighting for social justice not only to help others, but also to help ourselves. Over and over again, congregants have left these discussions with a deepened sense of connection to each other and the foundation for ongoing friendships with each other. These are precisely the kinds of relationships of meaning and relevancy that synagogues most need to foster.

However, as valuable and moving as the conversations are in and of themselves, they would be hollow if they were not followed up with the response of action. These meetings have been a springboard for organizing and action. They have helped to initiate our coming together with other congregations to work on end- ing the genocide in Darfur, supporting marriage equality, building affordable housing, deepening our connection to Israel, and pursuing sustainable and just environmental action.

Perhaps most importantly, it is precisely the habits required for effective external organizing that are most needed to revive internal congregational life. The discipline of organizing requires that we find lead- ers, build power together with others, and evaluate the effectiveness of our actions; these are all sorely needed in synagogues. The organizing tool of relational meetings has deepened our sense of covenantal community. The practice of evaluation has become a regular part of our board meetings. Perhaps most notably, our Ritual Life Committee has begun using these strategies to experiment with the form of our primary Shabbat ser- vice, with the goal of deepening our spiritual life and broadening our ritual participation.

Mordecai Kaplan called God the power that makes for salvation. Meaningful relationships are undoubt- edly a primary seat for this power, but the potential for salvation is not experienced until these relationships produce action intended to move us closer to the world as it should be. We should remember that when we create “power with” other individu- als to change or expose systems that exert “power over” us or others, we are doing holy work. If God is the power that makes for salvation, then building power with others to change our world is one of the ways we can experience the process of God unfold- ing in the universe. It is the way we become co-creators of the universe with God, bringing us ever closer to the world to come.

Will we ever be able to address all the institutional and societal challenges that have an impact on our congregation? Probably not. We have been much more successful at affecting the environmental practices of our community than we have been at ending the genocide in Darfur. But our actions have changed us and the world we live in. While we have not yet achieved our specific goals, we have still gained experience, built powerful relationships, and expanded our capacity to act publicly. These actions have also helped to make the rest of synagogue life, prayer, and study more relevant. They have made it easier for us to bring our real life stories into the synagogue and more likely that Torah and prayer will impact us beyond the walls of the sanctuary. 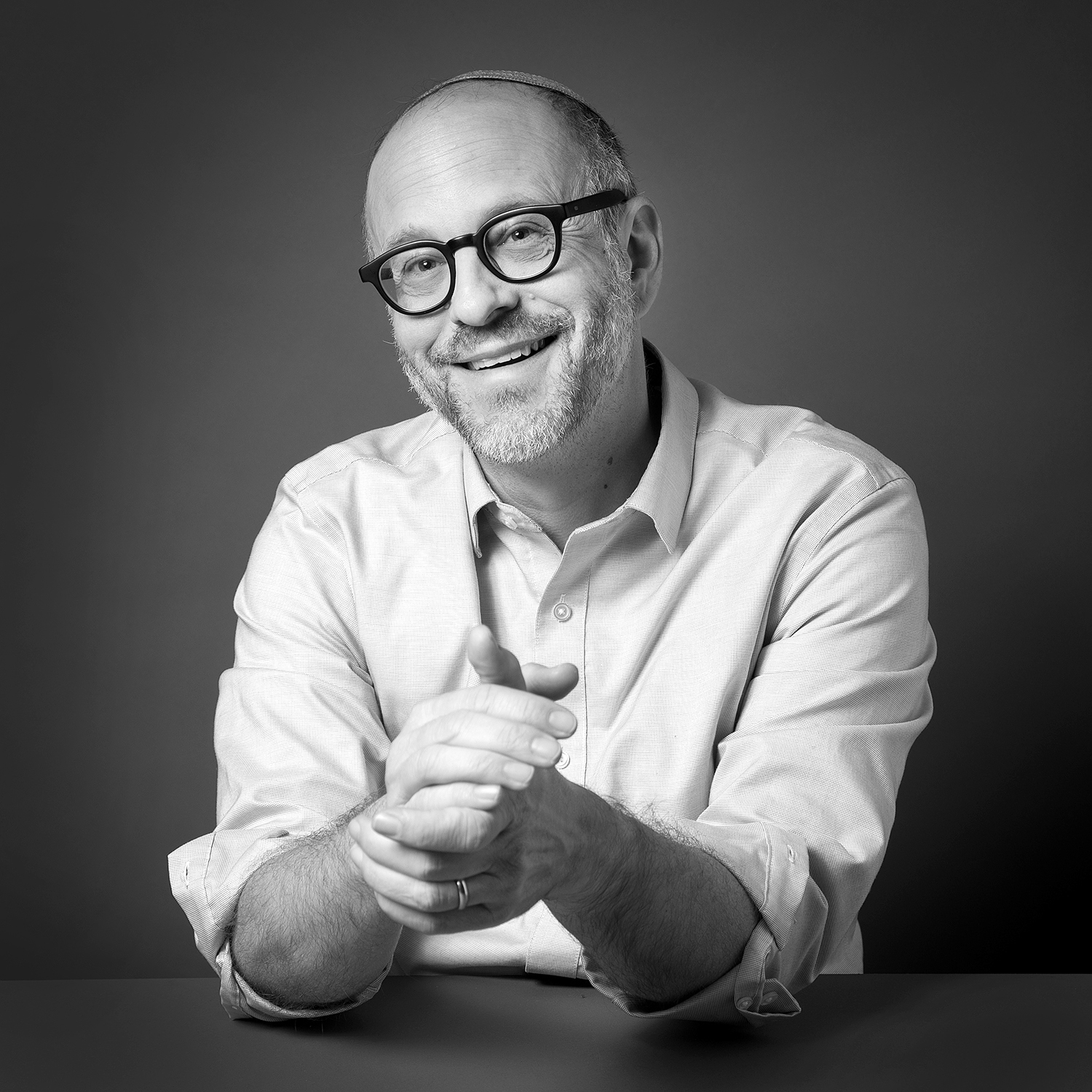