The Case for Welcoming Uncircumcised Jews From Rabbinic Sources

The association of Jews with the practice of circumcision is one that pervades the popular imagination, and it is undeniably well-earned. Circumcision has been an important Jewish practice for the better part of two millennia, and over its long history, it has accrued many varied meanings and valences.

The dominant narrative about its centrality to Jewish identity, however, obscures some important and under-appreciated Jewish voices of moderation that have always existed alongside its more enthusiastic supporters. In this essay, I’m going to look at three texts from the heart of the rabbinic legal tradition that talk about Jewish boys and men who are not circumcised, and demonstrate that the story is quite a bit more complicated than the dominant narrative would lead you to believe.

The first text comes from the tractate of Yevamot. This particular mishnah deals with a hypothetical infertile couple. What you need know to understand it is that in Jewish law, procreation is an obligation for men, but not for women.

The Talmud in its interpretation of this mishnah seeks to uncover the opinion behind the ruling. To accomplish this, it cites a beraita, or a text that was written around the same time as the Mishnah and carries the same legal weight, but for one reason or another was not included in that foundational rabbinic text.

So the Stam, the anonymous narrator of the Babylonian Talmud, is arguing that this mishnah’s ruling that a woman who was divorced for reasons of infertility can remarry is grounded in Rebbi’s opinion that biological causality requires a pattern of two to be established. Two circumcisions associated with death in one family establishes that circumcision is the cause of death and a woman who has two sexual relationships associated with infertility establishes that she, the woman, is the cause of the infertility.

There are many fascinating aspects to this text, and the stories that follow it in the Babylonian Talmud are wild and wonderful. For our purposes, what’s important here is that this text establishes in Jewish law a category of Jewish male upon whom it is forbidden to perform circumcision — namely, an infant whose brothers have died shortly after their circumcisions. The status that such a Jew has in Jewish law is that of an arel — one who is foreskinned —and there are a handful of Jewish rituals that an arel is prohibited from partaking in. Notably, not a single one of them has been practiced by Jews (with the exception of the Samaritans) in almost 2,000 years, as they are all Temple-related.

On the subject of the Temple, our next text comes from the tractate of Zevahim, which is the part of Jewish law that deals with the sacrificial system of the Temple in Jerusalem. The key piece of background information to keep in mind here is that only a male kohen, a man of the priestly lineage, was permitted to officiate at these sacrificial rites.

The Talmud now goes on to interrogate how we know that an uncircumcised priest invalidates a sacrifice.

The Talmud continues by referencing a related beraita. The beraita is troubled by the profusion of terms used in the verse. It’s a rabbinic assumption that there are no extra words in the sacred texts of the Bible, so in situations where there seems to be unnecessary words, they assume that each one must convey a separate and independent lesson.

So far, we’re getting classic rabbinic hermeneutics. But the Stam goes on and explains the logic further.

Here we get pulled in two directions at the same time. First, there’s a clear expression of disgust for the foreskin. This is unsurprising if you are familiar with rabbinic thinking on this subject. The rabbis had a kind of disgust-fascination with this part of the body that is evident in many different sources. But the second direction is this poetic aside. For the purposes of illuminating the logic behind the beraita, the Talmud here imagines a category of intact Jew whose heart is oriented to the heavens.

OK. But the real question that shouts out at us from this text is: Who are these foreskinned priests?

Based on what we’ve seen in our previous texts, the answer would seem to be straightforward. They are priests whose older brothers died shortly following their circumcisions, so they were subsequently left intact. And indeed, this is how the 11th-century French commentator Rashi understands it.

“Foreskinned: A priest whose brothers died from circumcision.” (Rashi on Zevachim 15b)

But Rashi’s grandson, Rabbenu Tam, disagrees. And his disagreement is fascinating. He takes that category that the Talmud imagined to explain the logic of the beraita of an intact Jew whose heart is oriented to the heavens, and he says that this is who we were talking about all along.

This is a remarkable text that illustrates the flexibility and creativity of the Jewish legal tradition. Rabbenu Tam, one of the most revered scholars of Jewish law, makes note of a class of Jew who has a problem with circumcision, but whose heart is oriented towards the heavens. He borrows the phrase from the Talmud’s thought experiment, but by disagreeing with his grandfather’s obvious interpretation of the passage, he goes out of his way to allow for the existence of upstanding Jews who have a problem with the rite of circumcision.

The final text comes from the tractate of Hullin. As you may know, for meat to be kosher, not only is there a strict list of animals from which that meat can come, based on the principles laid out in the Bible, but those animals have to be slaughtered in a very particular way. If they are not, their meat is considered not kosher, or neveilah. This mishnah, then, is clarifying who can be relied upon to slaughter an animal for its meat to be considered kosher.

The Talmud in its interpretation of this mishnah records a series of opinions, but the one that is relevant to our topic is Rava’s.

The text itself stated that Rava said: A renegade Jew who eats neveilah for gratification, one may examine a knife and give it to him to slaughter with and it is permissible to eat from his slaughtering. What is the reason? Because he has a choice here between eating what’s permissible and eating what’s forbidden, and we have no reason to believe that given the choice he will choose the forbidden. (Hullin 4a)

The Talmud goes on to try and locate Rava’s opinion in an earlier text. Just for background, the Cutheans were a Jewish sect who the rabbis viewed with suspicion, bordering on contempt.

Let us say that the following beraita also supports Rava’s opinion: “ ‘All may slaughter, even a Cuthean, and even a foreskinned Jew and even a renegade Jew.’ What is the case of this foreskinned Jew? If you want to say that this is one of those Jews whose brothers died from circumcision and so he was left intact, but this person is an upstanding Jew! Why would the beraita see it necessary to go out of its way to tell us that this person can be relied upon for slaughter? It’s obvious! Rather, it’s clear that this is referring to a case of someone who is a renegade when it comes to circumcision in particular, and the beraita holds that a renegade who is defiant about one matter cannot be assumed to be defiant towards the whole Torah.” (Hullin 4b)

In summary, with our first text from Yevamot, we saw a beraita that serves as the foundation for the Jewish law that certain kinds of infant boys must not be circumcised because their life is more important than the mitzvah of circumcision. In our second text, we saw Rabbenu Tam go out of his way to bring attention to the possibility of intact Jews whose hearts are oriented to the heavens. And here in Hullin, we have the Talmud drawing support for Rava’s opinion from an early text that states that Jews who have a problem with circumcision cannot be assumed to have a problem with other areas of the Torah.

Eliyahu’s first feature-length documentary was Cut: Slicing Through The Myths of Circumcision. His second is A People Without A Land. He is co-host of the podcast Four Cubits. 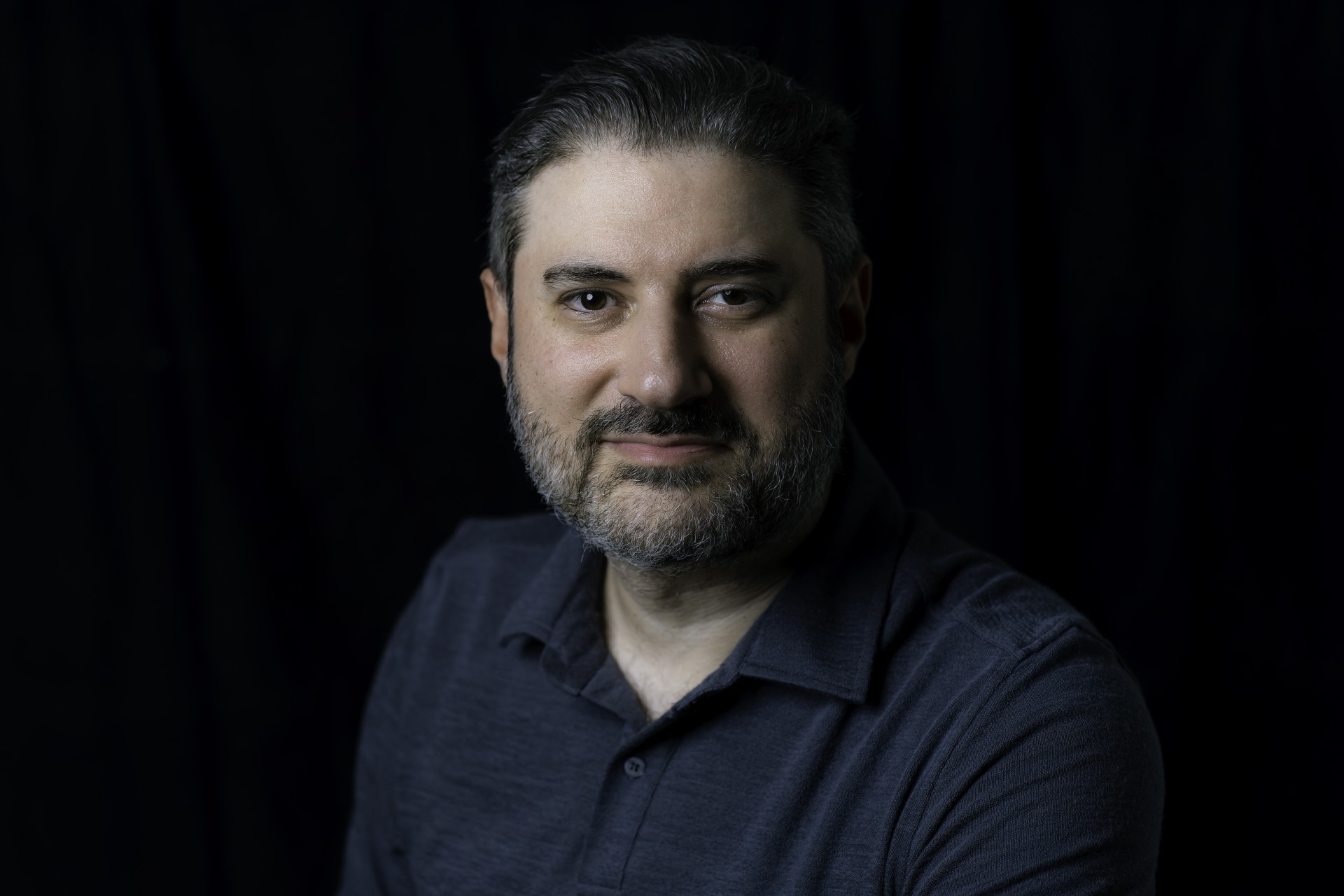