As a Black, lesbian Jew by Choice and rabbi, I am repeatedly called to speak out about racism and participate in initiatives to help create an antiracist, equitable and inclusive society. I am asked to take risks and expose myself to more scrutiny and hostility than I already experience on a regular day by simply walking down the streets of America as a Black woman in a kippah. As a rabbi committed to positively influencing the lives of both marginalized and mainstream people in our Jewish communities, I show up every day, often at significant cost: I pay a Black tax, a pink tax, a rainbow tax, a Jewish tax, a convert tax. I am overtaxed and undervalued, and I am often tapped out. Yet I must and do believe that the taxes I pay now, if you will, to support and invest in the fight for equity and inclusion, are making a difference in changing the often unjust and racist realities in our Jewish communities and our world.

It is important to first note that I did not go to rabbinical school to take on racial justice. I came to the rabbinate to pursue military chaplaincy and ultimately congregational work. However, the lived reality of my daily existence brings me face to face with both the pervasiveness of discrimination and racism, and the reality that even in our attempts to address these issues, the way in which marginalized Jews are included in this struggle is deeply problematic. Thus, as I continue to delve into social justice work, I believe the Purim story offers an ethical framework to do this work jointly and justly.

I have engaged with the biblical story of Purim as a lens for my Jewish leadership for a very long time, grappling with the concept of Esther moments for years. This issue of Esther moments has kept me up night after night in my personal and professional work as it relates to antiracism and social justice work, the cost that it exacts of me and other marginalized Jews, and the ethical challenges of doing it properly and with kavod, honor.

Esther moments ask the question: When does one choose to show up and take on the leadership needed, risks included, in order to move forward a critical, sometimes life-and-death conversation, policy or initiative? According to Esther 4:14, Mordechai, the uncle of Queen Esther, in his terror over the king’s decree that the Jews will be annihilated, beseeches Esther to go to the king, her husband, at great personal peril. She had become the queen after the king’s previous wife, Vashti, was dethroned following Vashti’s refusal of his inappropriate and lewd demand that she appear naked to him and his men on command. Mordechai concludes his beseeching for Esther to help save the Jews by saying “perhaps you have come to this royal position for such a time as this.”

In the realm of antiracism, equity, and inclusion work, as a Black lesbian rabbi, I both internally ask myself if I have been created for such a time as this, AND my communities ask this question of me. But there are (at least) five ethical issues or guiding principles to be raised as we Jewish leaders grapple together to create a just, equitable, antiracist culture and society.

First: Who is asking the question, “perhaps you have come to this position for such a time as this,” is critical.

One, it is simply a huge ask for others to request that I put myself in spiritual, emotional, political, and professional harm’s way, often regularly and in an unsustainable manner–particularly when they will not be joining me in said risk, either at all, or to the same degree.

Two, the very language of for such a time as this can be deeply problematic. This is acutely felt as a Black person in America. For many liberal, progressive Jews in the United States, today’s political climate feels charged and scarier than it has in a long time, maybe ever in this country. Yet as a Black person in America, there is not a fundamental difference between my day-to-day life and fear pre- and post-Trump, for example. It has been treacherous for people of color for a very long time. Therefore, when someone says for such a time as this, it is more a reflection of where they are than where I am.

Second: Connection and relationship-building are central.

Mordechai and Esther were related and had deep roots, so Mordechai was able to appeal to and have trust in their connection. In doing this work, it is critical that we understand the importance of true and deep relationships when making Esther moment asks. Sending me an email, making a request on Shabbat three minutes before services begin or during kiddush, asking me in passing to do something at a community-wide meeting or event because someone gave you my or another Jewish Leader of Color’s name is neither an effective nor an appropriate way of doing this critical antiracism work. Proximity and a sense of being in it together are key.

Third: Everyone needs to be engaged in this antiracism, equity and inclusion work.

The fight for equity and inclusion in our work and our lives is everyone’s obligation. This work is both outward facing and inward. Thus, marginalized Jews should only be asked to step up if everyone is doing internal reckoning and external action. My life often feels like a case study in both/and: I love being Jewish – it brings me great joy, deep grounding, and sweet connection. I can’t imagine not being Jewish.

As a Black woman and rabbi, I have experienced more racism, by far, in Jewish community than anywhere else in the world—U.S. or abroad. I come from a military family, and lived in diverse places such as France, Turkey, Japan, Saudi Arabia, Alabama and South Carolina. The racism embedded in much of the Jewish community speaks volumes regarding how deep our need for internal reckoning runs. Thus, it is critical that those asking me, or other Jews of Color, to show up for such a time as this, are willing to engage in their own anti-racist/anti-bias learning, both individually and collectively. A couple of critical areas to address are: Is this a one-off event that allows people to say “check, check, check,” without doing the actual complex anti-racism work? Is there ongoing investment in this commitment to equity and inclusion?

Fourth: While each of us must make sacrifices to achieve equity and inclusion, the decision-making must be grounded with and by those most affected.

In the Book of Esther, each of the Jews have both a stake and a role in the survival of the people. However, Esther, the person taking the most risk, is centered in the timing and the strategy: Esther decides for how long the people should fast. Furthermore, she asks the people to fast for her: for her wisdom, her discernment, her counsel. We often gloss over or miss this essential point. Centering her vision, her plan, and her request 1) acknowledges the need for her added strength 2) honors that she is preparing herself to go into harm’s way and 3) helps the people realize that they too need to make sacrifices. Social justice and equality are both an outcome and a process. The ends do not justify the means. As caring, committed leaders, we and our community members have to be able to center the leadership of those who are marginalized, who are doing this work, and who understand there will and must be sacrifice for the sake of the greater good.

Connected to this centering, timing is everything: Yes, time is of the essence, but Esther determines the duration of the fast, when she is going to approach the king and how many times Haman will be invited to feast. It is unethical to devise a plan and path forward and then invite a marginalized person, the one who is most closely impacted, as an act of inclusivity or leadership. The add and stir model is neither constructive nor acceptable. It is imperative that we be involved from the ground floor, and that our voices be elevated.

Let me clearly state: I will not come on demand to inappropriate requests. Vashti was not given the freedom, the agency, or the kavod, honor, to truly say no. As a result, she paid a steep price for her refusal. Leaders in historically marginalized groups must feel free to decline the request and/or the process and plan. If our communities punish us for that, as opposed to partnering with us, it shifts from an Esther moment to a Vashti moment. Again, while it is important to acknowledge that Esther moments are not without pressure, fear and risk, there is space to walk away and/or license to craft the vision and the process. Without this agency, a request has breached ethical boundaries.

Committing to and fighting for an antiracist society is hard work. It is exhausting work. It is full of risk. Nevertheless, as a Jewish leader, I am grateful that Purim and the Esther story fall in the month of Adar. The book of Esther is scary. It is violent. It is uncertain, and it is replete with evil plans and intentions. Yet it falls in a month in which we are called to be joyful. It is a powerful teaching and a reminder to make a significant and critical distinction between happiness and joy. Happiness is situational, while joy has the ability to be an underlying and ever present current. Joy for another day. Joy for community. Joy for breath and divine connection. The joy that comes from hope.

As our communities grapple with how to engage ethically in Esther moments, let us acknowledge that this work is messy as we remain grounded in hope and in joy. Ethics are complicated, and we won’t always get it right. But may we remember: Esther’s given name was Hadassah, which means compassion. I pray that we have compassion with one another as we navigate a path towards true equity and inclusion in a deeply ethical and fully committed way.

This essay first appeared in the Journal of Jewish Ethics. 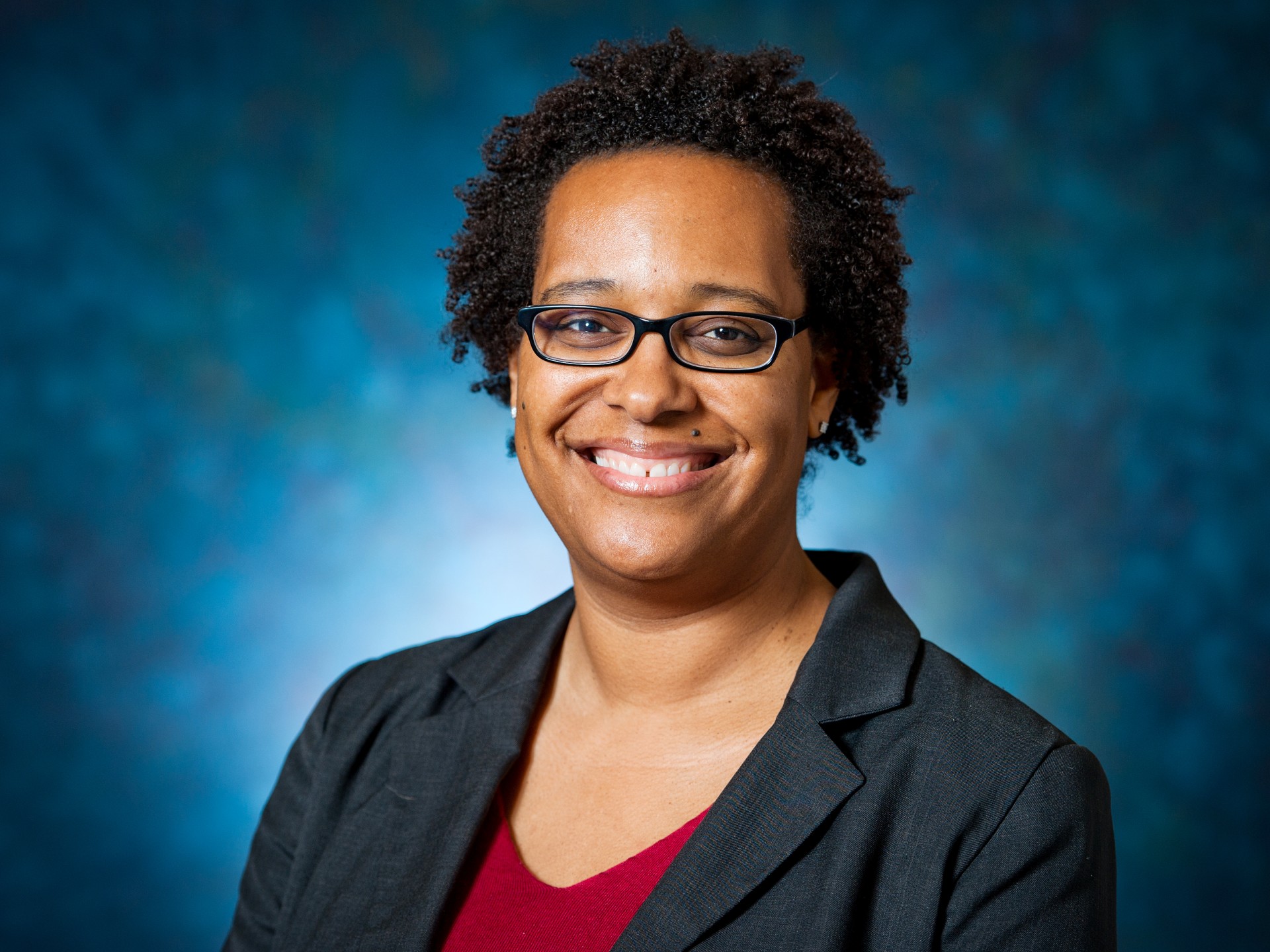 July 27, 2022
Posted in Ethics
Honesty about the legacies of those who have caused unrepaired harm is the first step in tending to our communal responsibility to repair the world.