A look at some of the causes of tension and misunderstanding between Jews and Blacks in the United States.

In April 2018, I had the good fortune to co-lead a two-day training on racism, antisemitism and Christian hegemony for Jewish and Christian, Black and White, organizers and rabbis in the Faith In Action (PICO) community organizing network.  While I take full responsibility for the ideas and the way they are expressed below, our training team developed many of them. It was crucial that we had a Jew of Color (JOC) on the team and other JOC’s among the participants.  It is a necessary perspective in doing this work.

The training was created in response to the tensions that exist throughout the progressive movement in the United States among white Jews,  Jews of Color and Christians of Color. In this brief essay I cannot cover all of the areas we addressed; I will touch on questions that have been raised in response to previous essays in the Evolve series.

Many white Jews are proud of the role that Jews played in the Civil Rights movement. They keep recall a golden era of relations with the African American community.  That era was in fact short-lived, mostly from the end of World War II to a peak in 1965, and plays far more significantly in the minds of white Jews than those of African Americans.  White Jews hold the iconic picture of Dr. Heschel marching with Dr. King. (It was a march that lasted several days, and there are many other pictures of people walking alongside King.) While they were close and had an important relationship, it is important to keep in mind that Heschel was there as an individual. He did not have the support of Jewish institutions.  Unlike Heschel, the majority of Jews active in the Civil Rights movement were not involved visibly as Jews.

Jewish institutions filed supportive briefs in many of the Civil Rights cases through the early 1960s, but once the issues began revolving around affirmative action, the Jewish community backed off. As the calls for Black Power rose, white Jewish involvement fell. As historian of Black-Jewish relations Cheryl Greenberg writes:

Dozens of incidents from the late 1960s to the 1990s drove the Black and Jewish communities apart: from the struggle over control of schools in Ocean Hill-Brownsville to the refusal of most Jewish groups to support the NAACP in affirmative action cases; from Jesse Jackson’s “Hymietown” slurs to Ed Koch’s claim that Jews would “have to be crazy” to vote for Jackson; from the Nation of Islam’s antisemitic fulminations to the support given by Israel to the South African apartheid regime.”

During this period overt discrimination against white Jews was ending even as racism remained powerful; and the economic distance between the communities increased.

From the time that Jews were invited to move to Poland to become tax collectors for the nobility in exchange for the right to practice Judaism, Jews have been in the role of visible agent of oppression. As a result of Jewish and Black history in this country, the 1950s and 1960s saw white Jews as storekeepers, landlords, pawnbrokers, social workers, teachers and principals in Black communities.  This resulted in reinforcing negative stereotypes on all sides.

White Jews, for the most part, did not see themselves as white (and many still don’t).  The title of James Baldwin’s 1967 essay, “Negroes Are Anti-Semitic Because They’re Anti-White” illustrates the gap between the communities. This difference sets the stage for ongoing tensions. Many white Jews expect to be seen as allies of the Black community just by dint of being  Jewish, while the Black community sees a white person. Only when white Jews own their provisional privilege as white people can real relationships begin.

In that essay, Baldwin wrote:

He [Jews] is singled out by Negroes not because he acts differently from other white men, but because he doesn’t. His major distinction is given him by that history of Christendom, which has so successfully victimized both Negroes and Jews. And he is playing in Harlem the role assigned him by Christians long ago: he is doing their dirty work.

He is referring to what I referred to as Jews being visible agents of oppression.

The everyday, systematic set of Christian values and beliefs that dominate all aspects of U.S. society through the social, political, economic, and cultural power they wield.

Christian hegemony in the Western Hemisphere has its roots in colonialism.

In the late 1400s, the Spanish Crown, then the leading European power, sent out a fleet of ships for colonization. The legal basis of European colonization was the 1493 Papal Bull Inter Caetera issued by Pope Alexander VI that mandated that Spain and Portugal “capture, vanquish, and subdue the Saracens, pagans, and other enemies of Christ,” to “put them into perpetual slavery,” and “to take all their possessions and property.” This was Columbus’s mandate, the legal basis for Europeans to steal the land here, justify slavery and make Christianity the dominant worldview.  This was, also, the era of the Spanish Inquisition and the expulsion of Jews from the Iberian Peninsula. Jews and Muslims were forced to convert, die, or flee the country, with their material wealth confiscated by the state and church. The common thread here is the desire for absolute Christian hegemony and the belief in the necessity of the purity of blood, limpieza de sangre, the origin of racism, a pseudo-biological basis for oppression. The systematic oppression of non-Christians and non-whites are linked.

There is no need writing for a Jewish audience to review the centuries of antisemitism that culminate in the Holocaust. It has left many Jews of Ashkenazi descent to expect that at any moment the situation can change and that they will be at risk. I earlier used the term provisional privilege for white Jews. It is provisional, because it can be revoked.  Just as white Jews need to own their whiteness to engage in authentic relationships with people of color, Christian people of color need to understand how antisemitism functions and how Christian hegemony continues to oppress Jews.

It is not surprising that in progressive and liberal circles the flashpoint between white Jews and Black Christians is most often ignited by remarks related to Israel/Palestine. Many non-Jewish, Black Americans identify with Palestinians as another oppressed people. For the large majority of them Israel has been an occupying power for their entire lives.  They have only seen Israel as an ally of the same white American power structure that oppresses them. It is natural for them to take their lived understanding of white racism and see the Israeli-Palestinian dynamic in the same light.

This is understandably very painful for many white Zionist American Jews. They want the non-Jewish Black community to see Israel in the historical perspective of antisemitism.  When the “Platform of the Movement for Black Lives” was released, some of them were very upset by the unfortunate use of the word genocide in relation to Palestinians, and condemned the entire platform and the Movement for Black Lives Matter .  They ignored a very extensive and detailed policy document of nearly 100 pages that was primarily concerned with domestic matters.  Members of the Movement for Black Lives community were understandably upset that all of the main points of their document were ignored.  The Jews were making it “all about them.”

It is also important to note that the meme/message Black Lives Matter and the Platform are not one in the same thing.  The message that Black Lives Matter in a society that treats Black lives as a throw away commodity is a powerful and unfortunately necessary corrective.

While antisemitism is a reality, it is Black people who are today suffering deeply from racism in the United States. Every statistic about well-being shows the devastating, life-shortening effects of racism.  It is Black lives that are being disposed of. White Jews need to work to end the immediate and ongoing brutalities of racism (anyone who is perceived as white benefits from the current system). While engaging in that struggle and building relationships we can talk about our understanding of antisemitism, how it works and how it makes us feel.

Eric Ward has spent decades studying White Supremacist and White Nationalist groups in the United States. In his very important article, “Skin in the Game” he carefully and convincingly shows how antisemitism is the glue that holds these movements together.  I was in Charlottesville, VA in August 2017, I heard the chants of  ‘Jews will not replace us.” Antisemitism and racism have been used for centuries to divide progressive movements.  We cannot allow that to happen this time. 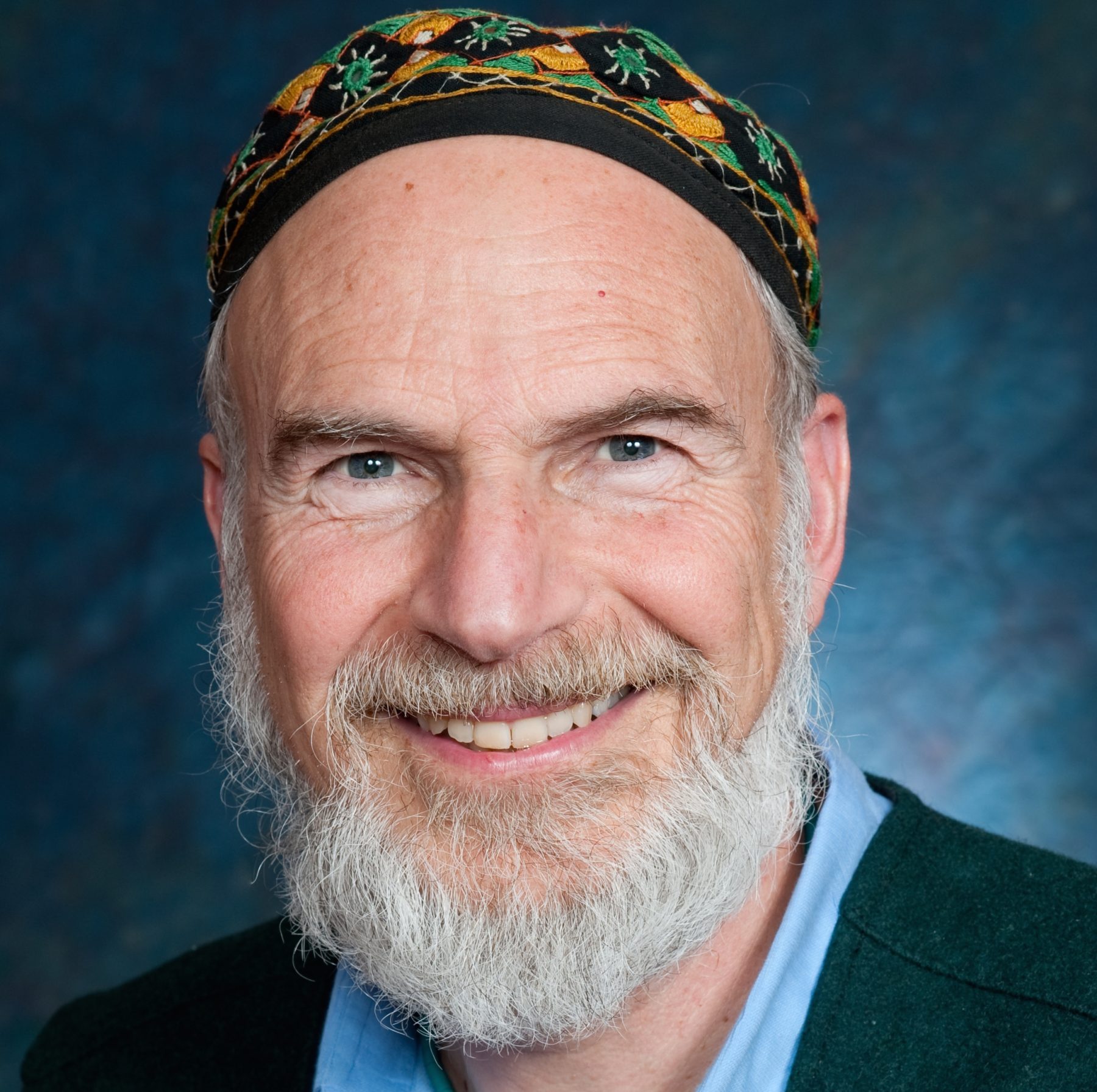