Adding onto Rabbi Brant Rosen’s response essay, Rabbi Toba Spitzer further defines her use of “narrative” in relation to the Israeli-Palestinian conflict, and the struggle for liberation from trauma and oppression.

I very much appreciate my colleague Brant Rosen’s careful reading of my essay and his response. First, I want to say that on the basic facts and analysis of the situation, I don’t think he and I differ much at all. I am aware of the history, the power imbalances, the extremity of what Palestinian people in the West Bank and Gaza face on a daily basis, and I even agree that the establishment of the State of Israel has created, as Brant describes, “a new Jewish existential insecurity.” If I lived in Israel, I would identify as far-left, and vote either Meretz or the Joint List. I also want to reiterate something that I think perhaps was not clear enough in my Evolve essay: that the “new narrative” I am urging the American Jewish community to adopt is by definition one that would provide a framework that could hold the broad diversity of views in our community, and end the invidious and destructive practice of marginalizing and demonizing certain views and political stances. In fact, I would argue that only by crafting such a new communal narrative can we even begin to imagine a communal conversation that would allow for such inclusivity (and that would also end, I would hope, the demonization that sometimes happens on the Jewish left as well).

That being said, I want to clarify something important about what I mean by a “narrative,” because it is important not just for the state of our conversation here in the United States, but for actually achieving the peace and justice for Palestinians, as well as Israelis—something I am assuming most of us desire.

And here we come to the crux of my disagreement with Toba’s analysis. I unabashedly ascribe to her “justice narrative” but categorically disagree with her suggestion that it is by itself “simplistic, limited and limiting.” Toba herself admits that everyday injustice is the lived experience of the Palestinian people. If this is truly so, how can we possibly reduce their experience to the academic category of a “narrative”? The injustices Israel perpetrates against Palestinians are very real. And if real injustices are being perpetrated against a people, the proper response, it would seem to me, would be to advocate unreservedly for real justice.

I was using the phrase “justice narrative” to apply not to how Palestinian people would describe their own experience, but to a frame in which people who are not Palestinian—whether Jewish or not, here in America—understand what is happening in Israel and Palestine, and even more importantly, how they tend to perceive and react to people who operate within a different frame. I follow the insights of cognitive linguistics in arguing that we can only apprehend events in our world through linguistic frames, which shape what we see and how we understand reality. My critique of the “justice narrative” is that too often those who operate within it are simply unable to understand how anyone would disagree with it or operate within a different frame (and the exact same can also be true of those within the “existential narrative”). They implicitly, if not explicitly, accuse those people of “bad faith”—that to be in the “victim narrative” is to be either ignorant, evil or misled. But people take action based on the frame in which they operate, and to dismiss the “existential narrative” is to fail to appreciate what motivates others and how that behavior might one day change. I would also suggest that personal trauma might legitimately and plausibly lead one to live within this narrative, even given all the socio-political realities that Brant describes. Pain is pain, and my own is not mitigated by the fact that it pales in comparison to someone else’s.

What is paramount to me is how to actually achieve a solution to this problem. It doesn’t matter if I or Brant or anyone else doesn’t believe Israelis are facing existential threats; if a majority of them do, for whatever reason, then that fear is a significant—perhaps the most significant—obstacle to achieving justice for Palestinians. And to the extent that a large segment of the American Jewish community, including a majority of affiliated and influential Jewish Americans, share this narrative frame, then we, too, will remain an obstacle to transformation. Nonviolence activists in the Palestinian community understand this, and it is from them that I learned this truth. In the words of Ali Abu Awwad, “Jewish fear is my greatest enemy.”

The limitation of the “justice narrative” is not a failure to accurately understand history or the current situation of Palestinians; my critique has to do with a failure to properly understand the motivating framework of a majority of Jewish Israelis and American Jews, which of necessity implies a limitation on how effective any strategies for achieving solutions will be (and it is also problematic, to me, to minimize the experienced reality of those with whom one might disagree, which at best is patronizing and at worst leads to demonization of the “other.”)

My own work for transformation of the Israeli-Palestinian conflict from an American vantage point—in which I have been engaged actively since my work for the Jewish Peace Lobby in 1987—is grounded in the conviction that there will be no transformation of the situation in Israel/Palestine without the active involvement of a majority of the Jewish Israeli population, as well as the majority of the occupied Palestinian population. To think one can force a solution on a sovereign nation that is largely behind its elected government and, as Brant notes, has the largest and most effective military in the region, is a fantasy. And to imagine that sanctions, even effective ones, of necessity lead to the overthrow of current policies and governments is to me a misreading of history and current events. (South Africa is one example; others that are less salutary—from the perspective of those imposing the sanctions—include crippling U.S. sanctions against Cuba and North Korea, and even current Israeli sanctions against Gaza: policies enacted in the hope of regime change that have actually helped entrench and even strengthen the targeted regimes).

To my mind, the “new narrative” I seek would be expansive enough to incorporate those Jews who care about Israel, as well as about Palestinians, and within which we would all come to understand that our well-being as Jews, both in Israel and without, is intrinsically bound up with the well-being of Palestinians and all oppressed peoples. It would be a narrative that would not ask me to choose “sides,” but would allow a broad swath of people—Jewish, Palestinian and others—to collectively figure out how to end the nightmare in which the Palestinian people live and which is eroding Israeli society in countless ways. It is impossible to solve a problem if we cannot imagine a different reality, and we can only do that within frames that allow us to think and act in creative and strategic ways. I continue to seek out and support those on the front-lines—Israeli Jews, Israeli Palestinians and Palestinians in the OPT—who are showing us a new way. And here in the United States, I encourage all of us who are committed to changing the current reality in ways that lead to the freedom, dignity, safety and well-being of all those living in the Holy Land to start talking to and with one another in more productive ways. 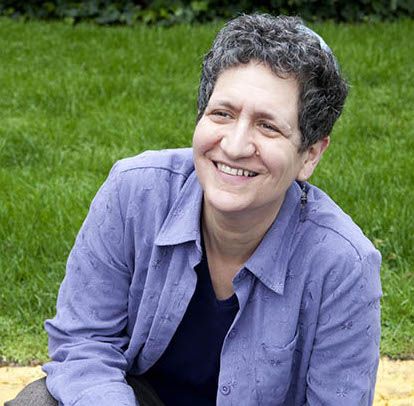