Home » Israel/Palestine » Who, If Anyone, Should be Boycotted? The Ben and Jerry’s Controversy

Who, If Anyone, Should be Boycotted? The Ben and Jerry’s Controversy

So much has been written about the decision by Ben & Jerry’s corporate board last spring to stop selling ice cream in the West Bank that one might think there’s nothing more worth saying about it. As the dust settles, I think there are some important things that the controversy has revealed about the way Americans talk about the Israeli-Palestinian conflict and the way the thorny topic of boycotts is discussed in the progressive Jewish community.

Supporters and opponents of boycotting Israel see their position as an urgent moral calling, and as a result, the public debate about Israel/Palestine often takes on the hardest lines of opinion that both activist bases promote. Here’s how I understand the way in which both camps narrate and morally frame their positions.

Pro-boycotters often argue that boycotting is a time-honored non-violent form of activism, and that people should boycott Israel until several goals are achieved: ending the occupation of the West Bank, removing the blockade of Gaza, and granting all Palestinian refugees and their descendants the right to return to their homes and lands. The status quo on each of these issues is, for the boycott movement, an intolerable injustice that must be resisted with non-violent, worldwide non-cooperation with the responsible regime. The BDS (Boycott, Divestment, Sanctions) movement wants to end the daily human rights abuses and indignities that Israel imposes on Palestinians and draws inspiration from the boycott of apartheid South Africa. The movement is agnostic on the question of whether, once its desired goals are achieved, there should be a final political arrangement that includes a Jewish state alongside a Palestinian state, and many BDS supporters regard even the minimalist aims of Zionism—the secure existence of a Jewish and democratic state in some part of the Jewish people’s ancient homeland—as an inherently unjust project that must be replaced.

Anti-boycotters often argue that the boycott movement unfairly and hypocritically singles out Israel and over-inflates the degree to which Israel engages in injustices compared to many other countries who are not similarly being boycotted. They often argue that the real purpose of the boycott movement is to replace the only Jewish state in the world with a bi-national state, which, after Palestinian refugees exercise their right of return, will become a Jewish-minority state. They see the boycott movement as an organized attempt to hurt the Jewish people by depriving Jews of the right to collective sovereignty and self-determination in their ancestral homeland. They believe that boycotters tend to deny the indigenous status of Jews in the very land of their birth—the land where their ancestors are buried. They complain that boycotters generally minimize or deny the likely harms that Israeli Jews would face as a minority in a bi-national, Palestinian-majority state. And they point to many instances in which boycott supporters have used classically antisemitic tropes and demonizing imagery to refer to Israel and Zionists. Add all of these things up, and many anti-boycotters will tell you that the call to boycott is ultimately antisemitic.

Ben & Jerry’s decision represents a third option that refuses to conform to either of these starkly presented moral narratives about boycotts—the option to focus on a narrower question than the two competing narratives provide: whether or not to do business in the settlements. Ben & Jerry’s board decided to say “yes” to doing business in “Israel proper” (Israel within the pre-1967 borders also known as the Green Line), but “no” to doing business in the occupied West Bank. In essence, they chose a “limited boycott” option.

This option is not a new idea; there have actually been quite a few Israeli companies that have decided, in part due to ethical concerns raised by their international customer base, to close offices and manufacturing plants in the West Bank and return their operations entirely to within the Green Line—companies such as Teva Pharmaceuticals and SodaStream. Jewish-Israeli advocacy organizations like Gush Shalom have long supported a limited boycott of the settlements. The key distinction that proponents of a limited boycott point to is that it seeks to condemn immoral behavior by the Israeli state and pressure the state to change its policy, but it does not condemn as an injustice the fundamental existence of Israel as a Jewish state within internationally recognized boundaries.

To put it another way, Ben & Jerry’s decided to join the ranks of corporations, governments and international bodies like the United Nations and the European Union that have decided that the Green Line still matters. To say that the Green Line matters is, by implication, to take a stand for the preservation of the possibility of the Two State Solution. And that is why many pro-Israel activists (especially on the right) and many BDS supporters are unhappy with the company’s decision.

Most pro-Israel organizations to the right of J Street have decried Ben & Jerry’s decision as dangerous or even antisemitic. (In fact, it is not antisemitic and saying so is damaging to the need for accurate education about antisemitism at a time when it is peaking.) These groups have decided to follow the current Israeli government’s lead—which has been to declare that a boycott of any of the settlements is the same thing as a boycott of Israel—and to insist that even a boycott of settlements is antisemitic. Israel’s new president, Isaac Herzog, even used the word “terrorism” to describe Ben & Jerry’s decision.

Most alarmingly, Israel’s Ambassador to the US, Gilad Erdan, took the step of sending letters to the governors of over 30 US states that have passed laws prohibiting state-funded agencies from purchasing goods and services from companies who boycott Israel and from hiring contractors who boycott the Jewish state. Erdan demanded that these states enforce those laws vigorously to punish Ben & Jerry’s. It is worth noting that in some states, these anti-BDS laws prohibit the state from doing business with any company that engages in boycotts of “Israel and territories controlled by Israel,” enshrining in US state law the aim of successive right-wing Israeli administrations to make the settlement enterprise legitimate and paint pro-Israel / anti-settlement activism as antisemitic.

In Palestinian solidarity circles, Ben & Jerry’s new policy has received mixed reviews. Although some have praised the decision as an important political victory, the ice cream company has not won accolades from others in the Palestine Solidarity Movement. Before Ben & Jerry’s announced its decision, BDS advocates had led a significant public campaign urging the company to boycott Israel. When news of the company’s decision broke, many BDS supporters expressed disappointment in what they viewed as a misguided and harmful half-measure that gives credence to the idea that the only territories that Israel rules unjustly are the territories beyond the Green Line. Many BDS supporters center the Palestinian experience of dispossession and loss since 1948, and they believe that boycotting all of Israel is necessary until a final agreement is reached that grants the right of return for all Palestinian refugees and their descendants to have the option to reclaim their lost homes and lands wherever they were, including within Israel proper. Among this group within the BDS movement, Ben & Jerry’s move merits something less than even half a scoop’s worth of praise.

Ben & Jerry’s decision has failed to satisfy the maximalist ideological demands of pro-Israel and pro-Palestinian advocates. But one thing the Ben & Jerry’s decision has done is to re-center attention on the Green Line during a time when many advocates on both sides have been downplaying its relevance or legitimacy as a political and moral marker.

There is another important storyline that I expect will grow as time passes, stemming from the current Israeli government’s decision to wade deeply into publicly lobbying the governors of more than 30 U.S. states to go to bat for their interests against one of the most popular and socially responsible companies in America. I have a feeling that this course of action is going to turn into a snowballing Public Relations blunder for Israel in the U.S.

These anti-boycott state laws have been problematic for mainstream Jewish-American organizations from the start, given Americans’ love of First Amendment free speech rights and given that in some cases these laws overtly lump the settlements in with Israel proper. As some of these states implement legal penalties against Ben & Jerry’s in response to Israel’s complaint, they are going to get challenged in US courts. During those court proceedings, lawyers will have the opportunity to present detailed evidence, possibly in court but definitely to the press, of the daily injustices of the Occupation that are the reasons for Ben & Jerry’s principled and limited decision. Even if Israel wins in court, the American public will see a lot of testimony about land confiscations, home demolitions, checkpoints and the detention of Palestinian minors that are the daily routines of the Occupation in the process. They’ll see Israeli troops and planes juxtaposed with pints of Chunky Monkey, and I don’t think Israel is going to come across as David to Ben & Jerry’s Goliath in the media optics that will arise.

Furthermore, the lawsuits will argue that these anti-boycott laws violate the First Amendment, and most Americans will agree. “Israel vs the First Amendment” in U.S. courts is almost as unattractive a PR storyline as “Israel vs Cherry Garcia.” And these storylines may emerge repeatedly—after all, 30 states means 30 lawsuits, followed by appeal after appeal.

To sum up, the Ben & Jerry’s controversy may prove to be more important than many have imagined. It has already reignited important conversations about whether or not the Two State Solution and the Green Line still matter. It may lead to new thinking on the part of Israeli officials about the wisdom of continuing to spend political capital in the US on battles that make the settlements the focus. It is possible that, even in some small way, the issues that this controversy spotlights will help to challenge the toxic status quo.

At the end of the day, for me, the move by Ben & Jerry’s gets things just about right. Ben & Jerry’s was lobbied hard by part of its customer base to go full BDS, and now it is being vilified and pressured by Israel’s leaders to walk back its decision not to do business in the West Bank. The company’s decision to choose a third option that reflects a nuanced moral stance has failed to please the activist bases on both sides of the boycott question, and for that reason it may represent the least beneficial option for the company to have chosen from a purely business standpoint. In my eyes, that makes it a brave decision that deserves our respect. If it can also generate some badly needed new conversations about the urgency of ending the Occupation and resolving the Israeli-Palestinian conflict in a way that honors the dignity, rights, safety and plights of both peoples, that would be the cherry on top. 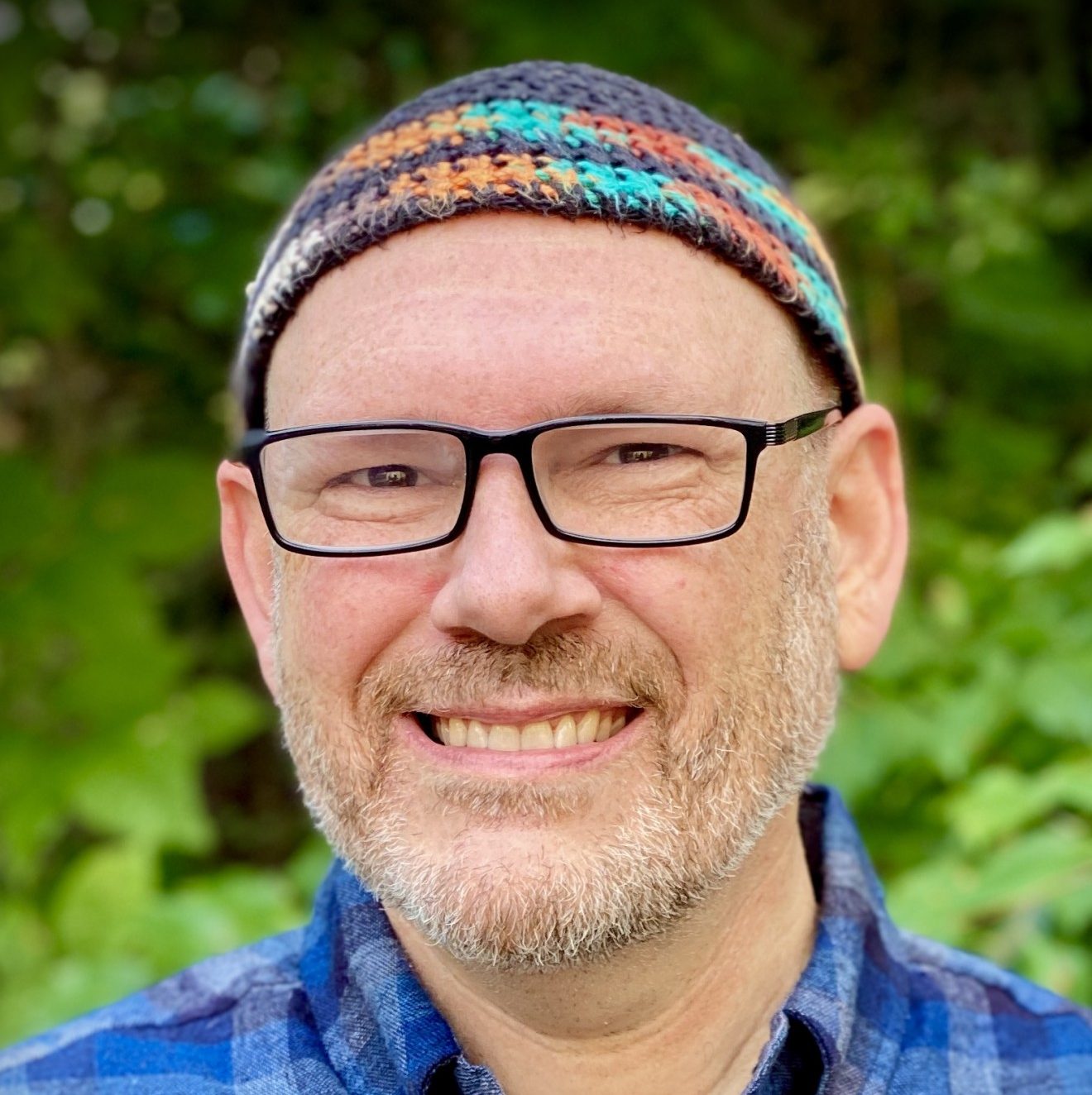