Anti-Racism Work in the Jewish Community

It’s painful to look at the ways we perpetrate wrongdoing, the ways we are on the privileged side of an unjust system. It can feel easier to ignore injustice and cut off connection.

Anti-racism work is about reclaiming wholeness. Our humanity is compromised when we “other” particular groups. This work is about “v’ahavta l’reyekha kamokha” — “love your neighbor as yourself.”[fn]Leviticus 19:18.[/fn] The basic principles are straightforward — that each of us is beloved, that we are all interconnected and that we are here to care for one another.  Working to manifest this wholeness is a great challenge and requires great courage and humility.

I am in the process of learning about racism in the United States and coming to understand the way it plays out in my own life and communities. When I was a child and we had to fill out a form with check-boxes for race, I always left it blank or, if there was an option, checked the “other” box. I didn’t see myself as white/Caucasian.  I was Jewish, and growing up in a small town in New Mexico, that made me other. I knew that we didn’t quite fit on the occasions when peers or adults encouraged me to convert to Christianity.  When my school bus drove by a water tower with the words, “Kill the Jews” painted on it, I knew that we Jews were not fully welcome in town. It’s not a coincidence that I now live in a very Jewish and progressive neighborhood of Philadelphia, West Mt. Airy, where I am surrounded by community that does not other me for being who I am — where I can fit in as a Jew, a woman rabbi and a lesbian.

I have been saddened to learn over the years that the community that has provided me and my family with a sense of safety has not done so for many Jews of color. We have work to do as an Ashkenazi-dominant, white-dominant Jewish community. During an anti-racism training for members of the Reconstructionist Rabbinical Association a few years ago, I came to an understanding that it’s important to see myself as “white” from the perspective of having white privilege. The culture of the United States, the Goldene Medine to which my great-grandparents and grandparents fled for a better life, divides people into “white” and “not-white.” Sometime after World War II, my Jewish family became white and has benefited from many opportunities that are more accessible to white people, such as home ownership, education, quality medical care, even access to nature, fresh air and clean water. I live as a white American and thus benefit from many privileges that the people of color in my life often do not share. One chilling example is that I do not have the same level of concern about my son being arrested or shot while walking down the street. Racism is so painful. We live in a world that is deeply unjust.

In our profoundly divided society, it is really challenging to foster connections across the divide. I turn to this week’s parashah, Vayishlach[fn]Genesis 32:4–36:43[/fn], for some insight into these challenges. Our parashah begins with Jacob preparing to encounter his twin brother Esau. Jacob had fled home some 20 years earlier after stealing Esau’s blessing, at the direction of his mother Rebecca. She then sent him away, concerned about Esau’s murderous intentions towards his brother. I imagine that throughout all these years, Jacob has been holding inside the feelings of having wronged his brother. It’s not clear that he confessed this to anyone, not even his beloved Rachel. He seems to have numbed himself — cut off the connection with his brother because it was too painful to be in connection with someone whom he had wronged. A part of him was dead inside.

During his years away, I imagine Jacob waking at night and deliberating.

Should I send a message home? What would I say? I feel so awful about what I did, but if I admit that, I’ll look weak. Esau wants to kill me. And it wasn’t my fault, it was Mom’s fault. She asked me to do it. She made me do it. And Dad should have known better. I think he knew what he was doing. How could he not know it was me, pretending? It isn’t fair that I have to make a life so far from home, and Lavan keeps pulling fast ones on me. I wish I had been born into a different family.

The years passed, and he felt bad, but he didn’t know what to do. So for all those years, his children never met their uncle, their Dad’s twin brother.

I wonder whether part of the reason it’s so challenging to cultivate connections across the racial divide is that white people participate in a system that hurts people who are not white. As a result, guilt and hurt and confusion arise in the encounter. It’s painful to look at the ways we perpetrate wrongdoing, the ways we are on the privileged side of an unjust system, and thus, it can feel easier to ignore and cut off connection. Avoidance keeps the guilt at bay.

Jacob chose the path of avoidance for many years, and then he couldn’t anymore. It was time for him to leave Lavan’s home and on his journey home, he would encounter Esau. Knowing that this encounter was coming, the next tactic he used to avoid facing what he had done was to tell himself that his brother was dangerous. Focusing on the danger of Esau, he expended a lot of effort to protect the people and flocks that were traveling with him. He divided the camp into two, so that if there were an attack from Esau, only one section would be attacked.

In our culture, one way that the cultural divide is maintained is by portraying People of Color as dangerous and criminal. This seeps into our unconscious. Recently, I caught myself feeling suspicious of two Black men wearing hoodies whom I didn’t recognize. They were opening a storage locker in the basement of the building where I live. Most likely, they are new tenants in the building, yet there I was, someone who deeply values kindness and sensitivity, suspecting two strangers of stealing because of their skin color and clothing. Even as I reject racist ideology, I am subjected to unconscious bias that is deeply instilled in me.

After focusing on securing his party’s physical safety, Jacob then worked with his guilt and fear by acting overly solicitous — sending several contingents of servants with gifts to Esau — a total of 550 animals. Esau doesn’t understand what Jacob is doing. When they finally meet, he asks Jacob, “What do you mean by all this company that I have met?” One piece of feedback I have heard from Jews of color in our community is that it’s awkward when people make a big deal of their being at shul, rather than simply saying “Hi” and treating them as though it’s normal that they’re part of the community. Being overly solicitous does not deepen the connection.

It is only when Jacob is finally alone, late into the night before his encounter with Esau, that he begins to truly face himself. A mysterious, Divine being wrestles with him through the night. In order to be ready to meet Esau, he must do his inner work and be willing to change. I imagine that the inner dialogue went something like this:

By humbling himself and finally awakening what has been troubling him all these years, Jacob, the heel-grabber, earns a new name, the name that is our people’s inheritance — “Yisrael” —“One who has striven with beings Divine and human and has prevailed.” He then names the place Peniel, for he has survived a panim-el-panim (face to face) encounter with a Divine being. His hip has been injured — an injury that will be with him for the rest of his life — yet his life has become richer and more whole.

What is interesting to me about the face-to-face encounter is that it happens when Jacob is alone. Our inner work, our work with our higher selves and with the Divine, is a critical ingredient in our relationships. We must wrestle with our confusion, the ways we are complicit with racism, the ways we have been hurt ourselves, the ways we are uncomfortable, in order to be ready to meaningfully encounter others.

May we embrace this process of wrestling with the Divine, with our knowledge of the oneness and equality of all human beings even as we inhabit a system that divides us, privileging only some. May we be blessed with the courage and wisdom to work step-by-step towards dismantling racism — within ourselves, within our Jewish communities, within our work places and neighborhoods, within our political system and wherever our influence extends. Anti-racism work is about reclaiming wholeness. 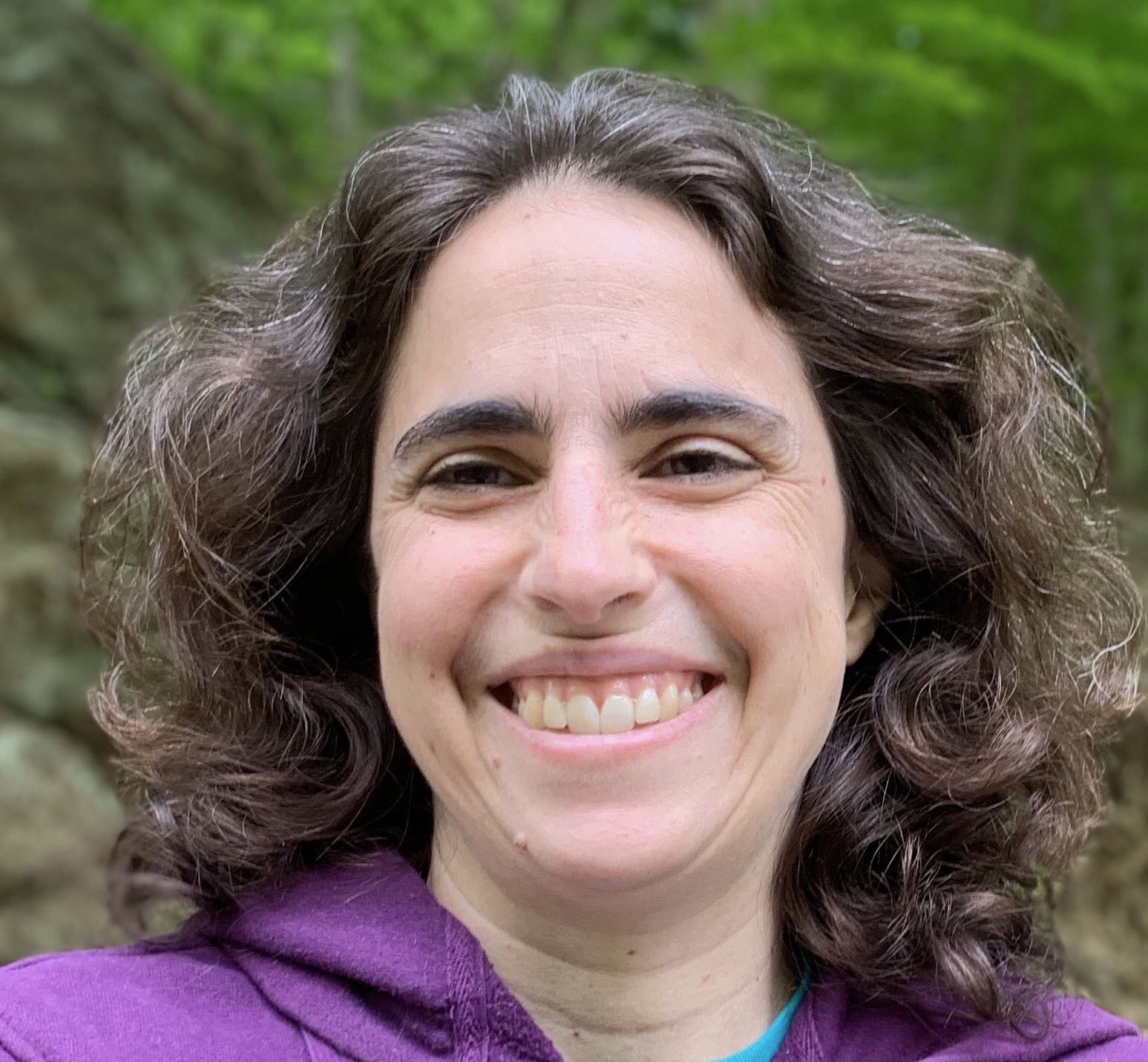 June 14, 2021
Posted in Race
Rabbi Sandra Lawson explains the significance of Juneteenth and why it is important for Jewish individuals and communities to join in its celebration.