Antisemitism in Europe and America in the Modern Period: Historical Perspectives

Is the United States exceptional in the lack of intensity and violence of American antisemitism? Professor Friedman reviews the evidence and arguments on both sides of the debate.

Historians debate the extent to which the American Jewish experience is unique or “exceptional,” as compared with the experience of other Jewish communities in the modern period. One of the arguments for this supposed uniqueness is that, while antisemitism has certainly reared its ugly head in the United States, its manifestations have been muted in contrast with the more virulent antisemitism evident in many European countries in the mid- 19th through the early 20th centuries. Antisemitism in America, these historians maintain, has been largely socioeconomic in nature, as opposed to the more politically charged antisemitism of Germany, France and Austria, or the violent pogroms that erupted in the Russian empire. In his classic 1955 article, “America Is Different,” Ben Halpern characterized the American variety as “an antisemitism of impulse … not really organized on the basis of a clearly enunciated program … quite different from the antisemitism that was primarily political in vision.”

Wilhelm Marr, a German journalist, coined the term “antisemitism” in 1879 to describe the Jew-hating League that he had formed. Anti-Jewish rhetoric was prevalent in Central and Western Europe at the time, voiced by writers across the political spectrum. Responding to rapidly changing political, economic and social conditions, many of these writers sought to rescind or limit rights that Jews had gained in the process of Jewish emancipation that had spread through Europe since the French Revolution.

In the wake of Germany’s national unification in 1871, and the accompanying emancipation of its Jewish population, Jews were accused of being either too successful at integrating into German society or not successful enough. In his best-selling pamphlet, “The Victory of Judaism Over Germandom” (1879), Wilhelm Marr claimed that Jews were “conquering” and “subjugating” Germany, and “the western world” as a whole. The German historian, Heinrich von Treitschke, did not call for revoking Jewish emancipation, but argued that if Jews really wanted to be part of the new German nation, then they would have to shed their “arrogance” and group loyalties, and merge more completely into the larger society. The antisemitic preacher and politician, Adolf Stoecker, founder of the Christian Social Workers’ Party in 1878, advocated for limiting Jewish immigration into the country, excluding Jews from public office and other anti-Jewish measures.

At a time of rapid industrialization and urbanization, antisemitic writers in France, such as Alphonse Toussenel and Edouard Drumont, blamed Jewish financiers for unbridled capitalism that widened the gulf between rich and poor. Though Jews could be found in all socioeconomic sectors, prominent Jewish financiers were easy targets for antisemites, who sought to rally the people behind their political goals. Drumont wrote a best-selling book, La France Juive in 1886, in which he accused Jews of dominating France; Drumont’s book and newspaper, La Libre Parole, stirred up antisemitic feeling in France in the years before the Dreyfus Affair. The Affair (1894-1906), in which a Jewish captain in the French army, Alfred Dreyfus, was falsely accused of spying for Germany, was highly politicized and split France into two camps. The supporters (defenders of Dreyfus against the false accusations) generally supported the French Republic, while most of the opponents resisted it and hoped to restore the old order.

In Czarist Russia, amid the political turmoil following the assassination of Czar Alexander II, violent pogroms broke out against the Jews in 1881-82. Jews were accused of being both revolutionaries and exploiters of the Russian peasants. More violent attacks followed between in 1903 and 1906—many instigated by gangs associated with the Union of Russian People, an extreme right-wing and anti-Jewish group formed in 1905.

During the inter-war period, many of the new nations that had been created after World War I reneged on the minority rights treaties that they had signed. In several of these countries, especially Poland, antisemitism rose sharply in the 1920s and 1930s, driven by nationalism, economic tensions, and the influence of Nazi propaganda and events in Germany. In Ukraine, the deadliest wave of pogroms erupted in the tumultuous years following the Bolshevik Revolution. And the notorious tract, “The Protocols of the Elders of Zion,” that had first been published in Russia around 1905 and described a purported Jewish conspiracy to rule the world, was translated into a number of languages and circulated in many countries.

What united these various expressions of antisemitism was that their proponents were driven by widespread suspicion and fear of the dramatic changes unleashed in the modern period. Nationalists resisted the demographic diversity, egalitarianism and socialism that threatened to subvert the old order and displace previous societal elites. Those on the left wing of the political spectrum railed against what they viewed as the evils of capitalism. Most antisemitic writers tended to view Jews in symbolic terms—as both the harbingers and beneficiaries of modernity.

The antisemitism of the late 19th and early 20th centuries had much in common with medieval anti-Judaism. Religiously motivated violence against Jews, including Easter season pogroms and blood libels, persisted into the modern era. Medieval literary, artistic and popular anti-Jewish images and stereotypes—of Jews as usurers or devils—also surfaced in modern depictions of Jews. It was not a great leap from Shakespeare’s Shylock character to Toussenel’s Jewish financier, or from medieval representations of the Jew as devil to the grotesque caricatures of Dreyfus and his supporters in late 19th-century France.

Yet there were also important new elements in “modern” antisemitism. It became central to a number of political parties and movements in Germany, Austria and Hungary, and sparked a major political crisis in France. Moreover, antisemitism was now bound up with the “pseudo-science” of race theory. According to Karl Duehring, a German economist and philosopher writing in 1881, Jews were a foreign race that had “infiltrated” Germany to the country’s detriment. And Houston Steward Chamberlain, who had been born in Britain but lived in Germany, promoted racist antisemitism in his popular book, Foundations of the Nineteenth Century (1899/1900); he was an important influence on Hitler and Nazi ideology.

Though antisemitism appeared in a number of forms during and after the American Civil War, it was amplified by the introduction of race theory in the United States, often linked to nativism, xenophobia and anti-urban sentiment, in the late 19th and early 20th centuries. Prescott Hall, founder of the Immigration Restriction League in 1894, and Madison Grant, author of the book, The Passing of the Great Race in 1916, both advanced influential nativist and antisemitic ideas. Leo Frank was falsely accused and convicted of murdering a young girl in his uncle’s pencil factory in Atlanta, and then lynched by an angry mob in Georgia in1915, after Governor John Slayton had commuted his death sentence to life imprisonment. (The Anti-Defamation League was founded in 1913, in the wake of Frank’s trial, and it has remained the major Jewish organization that tracks antisemitism in the United States.)

During the 1920s, antisemitism intensified in America. Henry Ford published excerpts from “The Protocols of the Elders of Zion” in his Michigan newspaper, The Dearborn Independent, until he was compelled to issue a public apology in 1927. The KKK, which had been revived after the Leo Frank case, targeted blacks, Catholics and Jews. Official and unofficial quotas excluded Jews from many American colleges and universities. Jews were also barred from certain neighborhoods, resorts, private schools and clubs, and experienced employment discrimination in many places. Immigration opponents succeeded in passing the highly restrictionist Emergency Immigration Act of 1921 and the National Origins Immigration Act of 1924. While these laws did not target Jews exclusively, a report by U.S. State Department official Wilbur Carr, director of the consular service, to the Committee on Immigration of the U.S. House of Representatives in December 1920 described Polish Jewish immigrants in very derogatory terms. The 1924 law instituted quotas for immigrants from each country, severely discriminating against those from southern and eastern Europe. These quotas had tragic repercussions for Jewish refugees during the Hitler years.

By the 1930s, the situation worsened markedly as a result of economic tensions during the Depression and the influence of Nazi propaganda on American Jew-haters. Nativism and isolationism increased during the decade. Many sought to bar immigrants and refugees from the country and to keep America out of the war once it had begun in September 1939. Vocal antisemitic spokesmen, such as Father Charles Coughlin (the “radio priest”), William Dudley Pelley and Fritz Kuhn, head of the German American Bund, spewed vile antisemitic rhetoric, and more than 100 antisemitic organizations existed in the country. Jews faced discrimination in education and employment, and confronted mounting street violence, at times fomented by the German-American Bund and Christian Front organizations associated with Coughlin. According to historian David Wyman, antisemitism reached a peak in America between 1938 and 1945.

While physical violence against Jews spiked during the Hitler years, the phenomenon was not limited to that dark time. In July 1902, as the funeral procession for the Orthodox leader, Rabbi Jacob Joseph, made its way through the streets of New York, a group of mostly Irish factory workers threw debris at the procession; some Jews rushed into the factory building to try to stop the harassment, the violence increased and when the police stepped in, they brutally beat the Jewish mourners. Of course, the lynching of Leo Frank is a glaring example of antisemitic violence. Later, during the civil rights struggles of the 1950s and 1960s, there were numerous bombings or attempted bombings of synagogues, rabbis’ homes and other Jewish institutions in Southern cities. Taking all of this into account, historian Tony Michels argues, against Halpern, that American antisemitism, as in Europe, intensified between the mid-19th and mid-20th centuries, was political at times and “turned violent more frequently than we usually recognize.” Writing in 2010, Michels concluded: “Antisemitism in the United States certainly did not reach the worst levels of Jew-hatred in Europe, but it was serious enough to undermine claims of American uniqueness.”

With the notable exception of the attacks against Jewish institutions in the American South, antisemitism in the United States declined dramatically in the post-World War II period. Widespread prosperity and the popularity of films like “Crossfire” and “Gentleman’s Agreement” (both released in 1947) that took strong stands against it may have had something to do with this. In the ensuing decades, despite ongoing antisemitic incidents, Jews achieved a high level of integration and acceptance in American society.

However, the recent increase in antisemitic rhetoric and incidents in Europe and the United States, and especially the tragic murders at the Tree of Life synagogue in Pittsburgh, should give us pause. The Pittsburgh shooter expressed hatred of Jews because they championed the cause of refugees. Are there too many disturbing echoes of the past in our current political and social climate? Are we really as secure in America as we think we are? 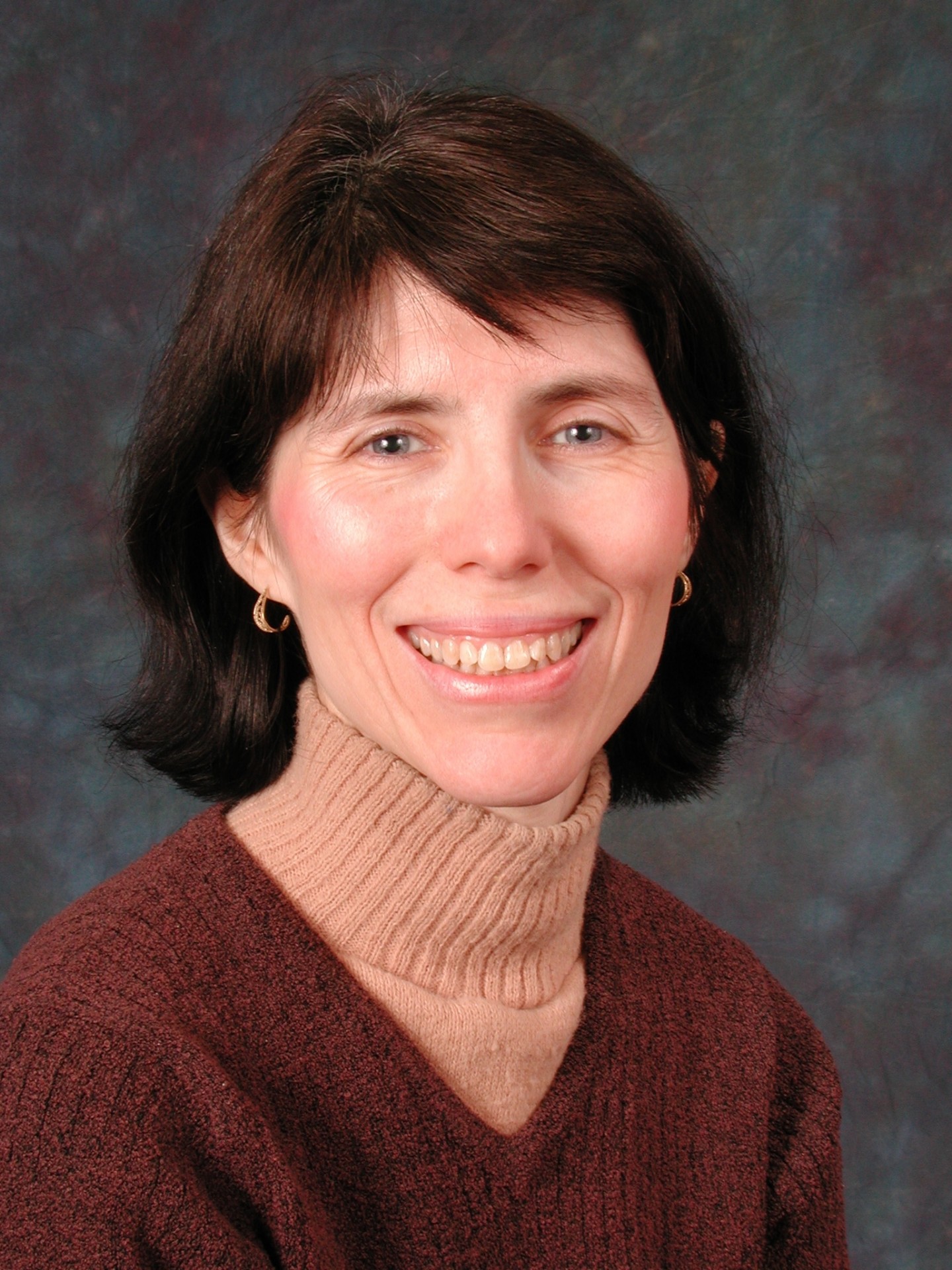 March 12, 2021
Posted in Antisemitism, Race
A look at some of the causes of tension and misunderstanding between Jews and Blacks in the United States.

March 12, 2021
Posted in Antisemitism
Explore the history of antisemitism and its shapes today, and reflect upon our contemporary responses.