Rabbi Benjamin Weiner explores the ways that traditional Hebrew prayers can provide meaningful spiritual experiences for those who neither understand Hebrew nor believe in a God who hears and responds to our prayers.

Somewhere in the world there are true believers, may they live and be well. In my rabbinic work, I more often meet people with doubts about traditional theology, which come to the fore when they encounter the liturgy of Jewish prayer. Given that prayer is our primary mode of spiritual expression, this creates a stumbling block. I frequently field some version of this dilemma: “How can I find fulfillment in chanting strange words to a God I don’t believe exists?”

When I hear this question, my mind goes to a funny place. The last time I left the country was about a decade ago, on a whirlwind trip to Florence and environs. It fell into my lap, free of charge, when a congregant invited me to join him at a conference being held by a Catholic lay society he had come to know through a series of interfaith dialogues. My personal highlight occurred on a tour of the society’s residential community in the Tuscan countryside. I happened to stumble into the workshop of a gruff old man with an unruly beard and haunted eyes, who, with his strong and grimy mechanic’s hands, fashioned sculptures out of metallic trash. These ranged from huge pieces welded together on commission to tiny, whimsical figurines twisted into shape by his own surprisingly nimble fingers. I was enthralled. Here was a fellow of humble station who rendered objects of great power and beauty out of matter that industrial entropy had consigned to the scrapyard. I began calling him “Saint Garbage.”

I don’t think my unconscious mind, when it makes this association, is trying to tell me that I secretly think Jewish prayer is a pile of trash. Rather, it feels more like an attempt to inhabit a metaphor for the nature of my own engagement with our traditions, and the potentialities within it that I seek to share with my congregants. The truth is that communal prayer is not a simple modality, and, at the end of the day, it may not be for everybody. It is nothing as straightforward as sitting meditation or as good for the body as asanas. To plumb its depths requires a certain degree of technical knowledge relating to language, melody and choreography. It is a classical tradition, and at the same time, it holds at its heart, for many of us, an anachronism—the belief in a personal God who responds to prayers when they are uttered in just the right way. In this sense, it is like a found object, a scrap of disused metal, something we must knowingly repurpose, after the fashion of my calloused holy man, into sacred and meaningful form.

But first we have to want to do this, and that, in and of itself, is a significant threshold to cross. Again, if you can sustain or approximate true belief—a literal investment in the stated goals of the service—there is no issue for you here. Otherwise, it’s worth a little exploration into the motivations that might lead someone towards participation in a ritual endeavor they don’t entirely buy. Actually, I think the explanation is relatively simple: It’s because this is what Judaism has to offer.

I will share a carefully excerpted passage of my own biography by way of illustration. Growing up in the mainstream of the Conservative movement, I received the forms and rhythms of Jewish religiosity less as abstract ideas than as etchings on the bone. Which is not to say I embraced them. My considerable disciplinary misadventures at the Solomon Schechter Day School of Greater Boston often began during mandatory daily shakharit, a conventional service that featured compulsory laying of tefillin for boys above bar mitzvah age. (I assumed, for the longest time, that “demerit” was a Hebrew word.) With age, my restlessness grew more sophisticated. I lost what remained of my faith and wandered across various secular landscapes and into the garden of Eastern thought. But there eventually came the desire to situate my spirituality back within the culture that truly belonged to me, albeit with expanded horizons. Because prayer is what Jews do, this meant seeking true purpose for myself in services.

I don’t think this conclusion is unique to me. Davenning stands at the intersection of cultural identity and spiritual thirst. It represents the desire to access the sacred as a Jew—meaning that, despite misgivings we may have about its premises, we must make something of this artifact if we are to bring these parts of ourselves together. I understand, of course, that this does not entirely speak to the experience of Jews-by-choice, whose draw to Jewish traditions is a welcome reminder that it is not just problematic, but also attractive. But the basic point remains the same: Once we have confirmed that Judaism is the basis of our religious lives, we must determine how our souls will find their way through its complexities to their fullest, and most honest, expression.

The simple answer would be to say: just cut out the parts you don’t like! This has certainly been one of the strategies proposed by Reconstructionist thought. Mordecai Kaplan said as much in one of his famous aphorisms: “In religion, as in everything else, we must not say what we do not believe.” But he only meant it to a degree. Though references were removed in his prayerbook to ideologically objectionable concepts like “chosenness” and the resurrection of the dead (and this was more than enough to bring down the hammer of the Orthodox establishment), God came through more-or-less unscathed. This despite clear evidence of the fact that Kaplan and his circle were not numbered among the aforementioned “true believers.”

When it came to God, Kaplan took a different approach. He advocated maintaining the essential grammatical structure of the liturgy as an address to the exalted Second-Person Singular, but proposed subtle approaches towards revaluing our understanding of who, or what, we were addressing. He advocated a theology of “trans-naturalism,” in which the Divine is a kind of incandescence of the observable world, as opposed to existing miraculously above or beyond it. He was also prone to speaking of the “god concept,” by which he acknowledged God as a projection of the human spirit—particularly, by his estimation, its more rarefied elements. This is all to say that he went about as far in the direction of humanism as he could while retaining his allegiance to traditional form. It was not an easy line to play. The question of the propriety of continuing to speak the old prayers to such a philosophized deity hung thickly in the air. You can even perceive a restiveness in the next generation, for example in those passages in the writings of Kaplan’s son-in-law, Ira Eisenstein, that seem to make a stronger push towards the abandonment of prayer as we know it.

Despite considerable sympathy with Kaplan’s approach, I have to admit that I’ve never found this humanistic impulse all that satisfying as an inspiration for ritual practice. For one thing, it borders on hubristic in its excessive emphasis on reason, which, after all, represents only a portion of our brain activity. Early Reconstructionist thought seems dependent on the social positivism it shares with the atheism of its time: a confidence in the burgeoning human technological capacity to banish irrationality and make heaven on earth. This promise, shall we say, has not materialized. Instead, almost a century later, we live under the looming shadow of calamities of our own making. Though the response must surely still be to think clearly and act well, I know that in my own life I can only seem to sustain such rational purpose if I also maintain a realm in which to come to terms with my existential weakness and a refuge for my screaming limbic system.

Sometimes, rationalism can get in my way. It can cause me to become ashamed of my emotional needs. It can lead me to underestimate the extent to which feeling is not incidental, but fundamental to experience. In this respect, it is like the skeptic in the old Hasidic tale who calls the dancers mad because he cannot hear the music.

For me, in fact, davenning has become primarily a musical experience. I don’t mean just the decorous congregational singing, but also the recitative of nusakh, such that almost all the words, from the beginning of the service to its end, are suspended in a pulsation of chant and melody. Instead of address or conversation, there is ambience—a field of rich significance in which the phrases of the siddur decouple themselves from their purported theological context and float up freely as the particles of emotive self-expression, each one with its own little burden of gratitude or trembling.

In the midst of this transport, it seems to matter to me much less what my intellect accepts or rejects. There is no conscious way in which I excise the God I don’t believe in from the experience, though after a while, that God just isn’t there anymore, and even if the original framers of these prayers were to call that a blasphemy, I would still be grateful for their gift.

Because it’s good material if you know how to work with it, as Saint Garbage might say, and if you don’t make the mistake of throwing it out. 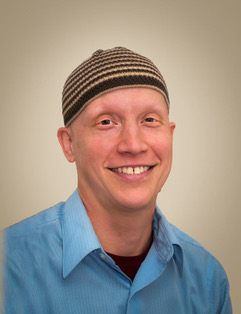