Earth, Wind and Fire: The Dueling Pulls of Theology and Religion

I want to reflect on Earth, Wind and Fire.

Now, I know what you’re thinking. You’re reading this on Evolve, the site where conversations aimed at the evolution of the Jewish people happen. So, in this context, Earth, Wind and Fire can’t be a reference to the 1970s’ Chicago-based, soul-funk band Earth, Wind and Fire. It must be a reference to a kabbalistic examination of the Eretz, Ru’akh and Eish, and how they point us towards a more just world.

I’m sorry to disappoint: I am indeed referring to the soul-funk band Earth, Wind and Fire. But they do bear, I believe, on how we encounter the universe and its mysteries.

In particular, I want to focus on their hit song, “September.”

Now for those of you who aren’t sure you know this song, it’s the one you’ve heard at dozens of weddings and B’nai Mitzvah celebrations, and was even recently played at both Democratic and Republican national conventions. Here’s a listen:

On the surface, perhaps, there’s nothing especially profound about the song, the occasional lovely phrase (“Our hearts were ringing/in the key that our souls were singing”) notwithstanding.

In fact the chorus seems like nothing if not banal fluff:

Ba-dee ya, say, do you remember?

Ba-dee ya, dancin’ in SeptemberBa-dee ya, never was a cloudy day

One of the songwriters initially agreed with my assessment. She hated the “ba dee yas.” “They’re nonsense,” she thought. Silly. For it to be a respectable song, she believed, they ultimately needed to put discernible lyrics there.

Her co-writer on the song, however, wouldn’t budge. He was convinced the “ba-dee-yas” were effective — that they sounded good.

And, it turned out, if commercial success is any guide, he was right. The song went No. 1, and the album it appeared on went quintuple platinum. From this, the first songwriter said, she learned her greatest lesson in songwriting: “Never let the lyric get in the way of the groove.”

It’s this insight that I think speaks to our experience of being Jewish today. For many of us, I would argue, we very much let the lyric get in the way of the groove. If we find ourselves in synagogue, we crack open a siddur, peruse its words, stumble across phrases like:

“If, then, you obey the commandments that I enjoin upon you this day, loving the LORD your God and serving Him with all your heart and soul, I will grant the rain for your land in season.”

And we say to ourselves, “that’s not the God I believe in,” and our inquiry (and our religious experience) ends there. Few of us believe in a linear relationship between observance of Torah on the one hand and material well-being. Too much of history, if not our own experience, seems to disprove it. So, we deem our liturgical tradition inaccessible, out-of-touch, irrational and uncompelling, and we label ourselves “culturally Jewish but not religious,” or some such moniker.

I’m sympathetic to the viewpoint. I do believe the words of our tradition — embodied both in scripture (the Torah), and liturgy (the siddur) — were written by people. People reaching out to the Divine, perhaps — grasping at the mysteries of the universe and articulating truths that they experienced often in beautiful poetic language — but people nonetheless, with all the trappings of fallibility, cultural context and biases that condition entails. So I believe that scripture and liturgy are going to be imperfect vessels in our efforts to experience peace, wholeness, worship and divinity.

And yet, I’m reminded of those words, “Don’t let the lyric get in the way of the groove,” or perhaps more to the point, by the words of one of my mentors, Rabbi Avi Winokur, the senior rabbi at Society Hill Synagogue, where I am associate rabbi (soon to be senior upon his retirement next year): “Don’t let your theology get in the way of your religion,” something he is so famous for saying around here that a congregant bought him a bottle of scotch with that quote monogrammed on the label.

By that I understand him to mean, don’t let your conceptions of the Divine and your struggle with those conceptions (holy as those struggles may be) get in the way of immersing yourself in the religious experience in which you happen to find yourself. (He would often give a version of this spiel each year on the High Holidays).

That religious experience can be comprised of a range of features. As Rabbi Lawrence Hoffman observes, sometimes prayer language was chosen for reasons having nothing to do with their cognitive message and instead for “their potential to function as a meaningless mantra” (emphasis his).[fn]Who By Fire, Who By Water—Un’etaneh Tokef, edited by Lawrence Hoffman (Jewish Lights, 2009), p. 3.[/fn]

As Rebbe Nachman of Breslov might suggest, being in a space with dozens or hundreds of bodies swaying to words and melodies that might trigger nostalgia could be an opportune time to engage in hitbodedut, “spontaneous dialogue with God,” which may or may not line up with the literal translation of the words on the page. Or perhaps the blast of the shofar triggers, as one congregant told me, tears prompted by memories of his own troubled yet loving relationship with his father, who was the shofar-blower in his own shul.

Not letting our theology get in the way of our religion — or not letting the lyric get in the way of the groove —is in a sense an admonition to not let intellect always be the primary way of experiencing the world. “Groove” is, I think, an apt descriptor of that intangible hum with which we seek to be in tune. I confess to being entirely ignorant of the lyrics of some of my favorite songs, let alone what they’re about. The words are simply vessels to transport me to the experience that I didn’t even know I was looking for.

Ba-dee-ya. And off we go, carried into the cosmos by that little niggun.

And yet, all this leaves something to be desired, too. For while we don’t want to experience the world solely through the intellect, we also don’t want to exactly abandon it either. Just because there are times when we’re able to let go and have a “religious experience” independent of the words we’re uttering, we also find ourselves in need of a foundational belief system, a theology, to help us get through the toughest of times.

By this I mean, (1) don’t let the structures you’ve inherited — the religious structures, the “vessels” we’ve been referring to — limit your theological explorations, innovations and conclusions; and (2) don’t let the profoundly satisfying experiences of a good groove, or a transcendent religious moment, limit our exploration of the theological principles that gird us.

Our ancestors were nothing if not innovative. While the Second Temple in Jerusalem stood, the primary sanctioned means of drawing close to the Divine was through animal sacrifices brought to a central place of worship. After the Temple was destroyed in 70 C.E., an entirely new religion sprouted up, in a sense, built instead around debates about text and minute applications of the law as a means of service to God.

In 13th-century Spain, as some began to view Judaism as staid — weighed down by legalism and philosophy — someone put pen to paper, formulating what was to become the Zohar, a mystical imagining of the inner life of God with verses like its opener, a creative reimagining of the Genesis story[fn]The Zohar, Pritzker Edition, Volume One, Translation and Commentary by Daniel Matt, 2004, 1:15a.[/fn]:

At the head of the potency of the King, He engraved engravings in luster on high.

A spark of impenetrable darkness flashed within the concealed of the concealed, from the head of Infinity — a cluster of vapor forming in formlessness, thrust in ring, not white, not black, not red, not green, no color at all.

Our spiritual DNA is one in which creativity and exploration are valued, even though they were often couched in terms of rediscovering the past. (The Zohar, for instance, even while attributable to 13th-century Spain, was ascribed by its authors to Rabbi Shimon Bar Yochai of second-century Palestine.) We are in constant search of articulations of our experience of the universe that resonate.

This should give us permission to feel that our prayer experiences in synagogue and in our siddur should serve as springboards to our own spiritual, comic and religious insights. They should be the starting points of our theology, not the ending point; invitations to create, not barriers to fence us in.

So, to use the example of the second paragraph of the Shema, while it seems to indicate a religious tradition predicated on a belief in a God who materially rewards the obedient, I can feel empowered to reinterpret this as belief in, and experience of, a God who does not intervene on a material level, and yet is still able to hear my plea, offer me guidance and serve as a source of strength, if I would fully and steadily incline my ears and soul to Him.

So yes, I don’t want the lyric to get in the way of the groove. I don’t want to get hung up on whether or not I agree with each particular verse of our text, and would rather just let go and have a religious experience.

But I also don’t want to forego the importance of lyrics, of theology. I don’t want to neglect the hard work of honing and sharpening and chiseling towards some Truth that gets me through the hardest, most confounding of times — the lighthouse towards which I row in the rockiest of seas.

Sometimes, we can let go and just go with the flow. Let the spirit move us. At other times, we yearn for Truth, for insight and understanding. For every “ba-dee-ya” that gets me to a higher place, I still need the lyrical gems of Dylan, Springsteen and Prince to teach me new ways of thinking about the world. 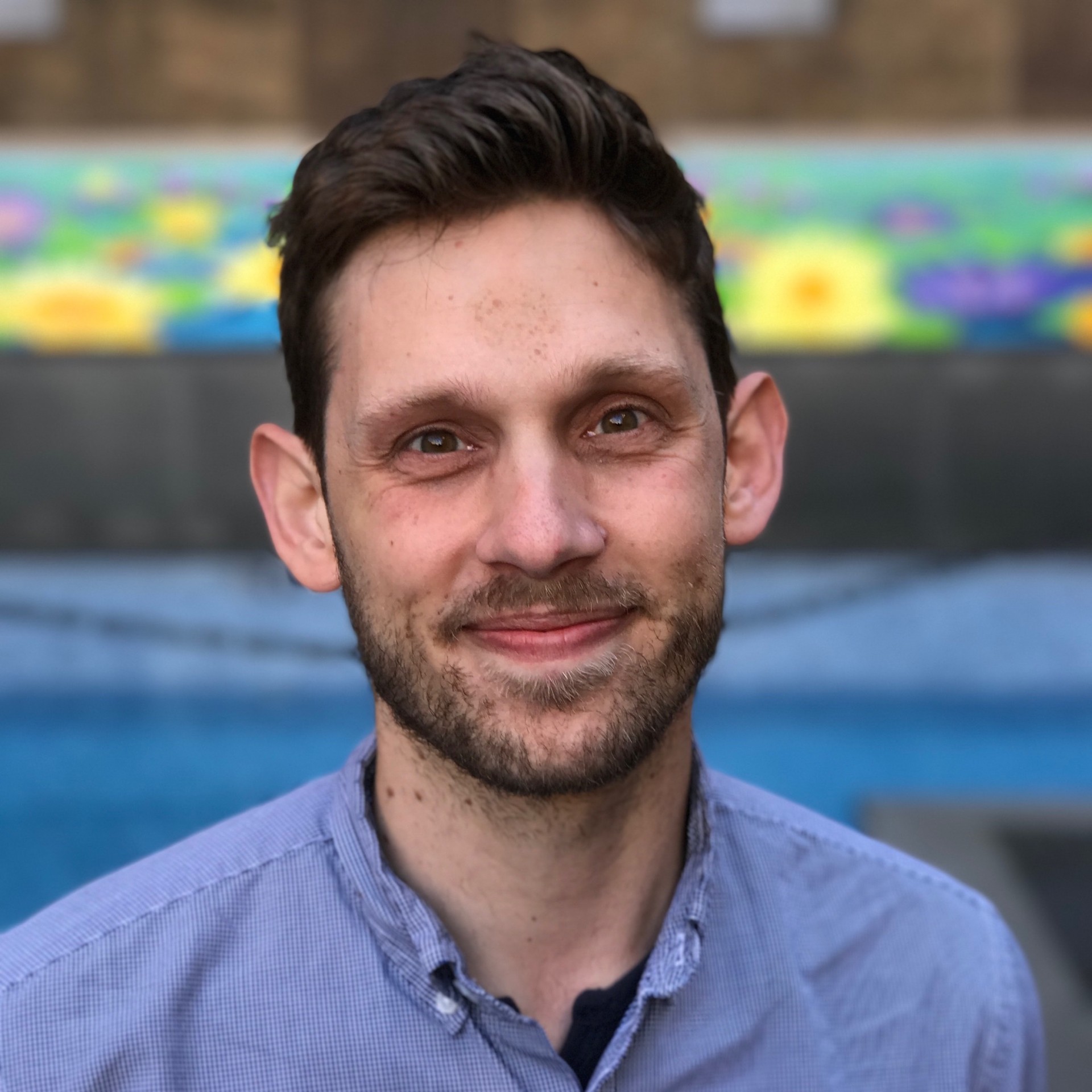