Home » Spiritual Practice » The Other Jewish View of Forgiveness

The Other Jewish View of Forgiveness

Many Jewish texts, ancient and modern, encourage us to forgive those who injure us, even when they themselves have not acknowledged the injury or asked for forgiveness. When we forgive, we let go of our injury and can proceed with compassion.

Ask most Jews today about forgiveness, and you are likely to be told that we aren’t obligated to forgive others for the hurt they cause us unless they have truly repented of their deeds. Forgiving unilaterally, or unconditionally, is perceived to be a Christian idea, certainly not a Jewish one. Witness the remarkable expressions of forgiveness by members of the Emanuel AME Church in Charleston, S.C., towards Dylan Roof—the man who murdered nine of its members—just two days after the shooting occurred. By contrast, we Jews believe in justice, which requires that the guilty get what they deserve. Forgiveness in the absence of genuine teshuvah on the part of the offender only encourages more lawlessness. Forgiveness is not free; it must be earned.

I’ll turn to the sources that support (and challenge) this view below, but it’s important first to acknowledge the emotional reality that underlies this view. Forgiveness is a gift to the offender; it’s a message that we are prepared to “let go” of the resentment and anger caused by his or her behavior towards us. Even if they are still subject to some other sort of penalties (e.g., civil or criminal), our forgiveness is an act of lifting the burden of guilt from their shoulders. Emotionally, that is extremely difficult, even impossible, when the harm is egregious or ongoing. Why, after all, should we, the ones who have been wronged, now offer the gift of forgiveness to those who doesn’t deserve it?

Much has been written in recent years about the psychological benefits of forgiving and the ways in which it frees us from being stuck in the pain of the past. And I know from personal experience that this can certainly be the case. But I also suspect that so much has been written about the emotional benefits of forgiveness precisely because it is emotionally so difficult to do. And we Jews, in particular, having suffered so much over the centuries as a community, have surely internalized this view. After all, we don’t owe those who have harmed us; rather, they owe us. Which leads to a rather skeptical view of forgiveness—a reticence to let those who have inflicted harm on us (including on us as individuals) “off the hook.”

The resulting view that unconditional, unilateral forgiveness is never required is supported by a number of prominent scholars from across the religious spectrum. David Blumenthal, the Jay and Leslie Cohen Professor of Judaic Studies at Emory University, writes:

Mechila is, thus, an expectation of the offended person, but only if the sinner is actually repentant.

Generally, forgiveness should be dependent on the offending party’s repentance.

If the offender never admits wrongdoing, then even if he or she has served a prison term, the very first step in return has not been achieved and no forgiveness can legitimately be demanded of the victims…Although gross offenses should probably not be forgiven without sincere attempts to engage in the process of return, one might be prone to forgive more minor offenses without such a process, both as a pragmatic way of getting on with one’s life and possibly of restoring a friendship and also as an expression of the religious demand that we imitate God. Such free forgiveness, though, becomes harder to justify as the offense grows larger…Then God’s righteousness seems to be the divine attribute that we should emulate.”

The consensus seems clear: We are not required to forgive unless and until the offending party has repented. And though they are not referenced by these contemporary writers, there are many classical rabbinic sources to support this view.

But there are other sources as well—sources that suggest an alternative view of forgiveness that gets less play, but is compelling in its own way. Consider the following passage from Joseph Karo, the author of the Shulkhan Arukh. After stating the central view that we aren’t required to forgive until the offender comes forward, apologizes and asks for our forgiveness, he writes,

It is forbidden for the injured one to be hard-hearted about forgiving, for this is not the way of Jews. Rather, once the injurer requests from him and pleads with him once or twice, and it is obvious that he has repented of his sin and regrets his evil ways, he should forgive him. And everyone who hurries to forgive is to be praised, and the spirit of the sages is pleased with him.”

Here, we find a more affirmative view of forgiveness. When the offending party has earned our forgiveness, we should hasten to offer it. This readiness to forgive may not be strictly required, but it is certainly praiseworthy, which is the force of the classic expression “the sages are pleased.” The goal is to be quick to forgive—maybe even eager to do so—presumably because this demonstrates a degree of compassion and generosity of spirit. It is “the way of Jews” (which I take to be an aspirational statement, not necessarily a descriptive one) to be forgiving and openhearted to those who harm us.

There are other halakhic texts that take this a step further. Some, like the following, suggest that forgiveness should not be dependent on the offender’s repentance at all:

He who injures his fellow, even though the one who did the injury did not seek [forgiveness] from the injured party—the injured party nonetheless has to seek mercy for him, since it says, ‘Then Abraham prayed to God, and God healed Abimelech’ ” (Gen. 20:17)

Seeking mercy for those who harm us is surely, if not quite synonymous with forgiveness, very close to it. In a sense, this is just an extension of the previous text, for if we are asked to forgive quickly and readily, then it is a short step to saying we should forgive even when we haven’t been asked to—indeed, even when the offender hasn’t done anything to regain our trust.

This admonition to forgive easily finds a non-halakhic expression in the prayer that appears in many traditional siddurim to be recited before retiring for the night.

I hereby forgive and absolve anyone who has angered or provoked me or sinned against me, physically or financially or by failing to give me due respect, or in any other matter relating to me, involuntarily or willingly, inadvertently or deliberately, whether in word or deed: let no one incur punishment because of me.

Here, finally, is the quintessential expression of the desire to forgive all who have harmed us, no matter how, and without regard for whether they have done teshuvah. It is a blanket offer, expressed as a way of “clearing all accounts” we might have against others each night before we go to sleep. I imagine the point was that, should we die before we wake, we would do so with an open heart and without lingering, unresolved resentments.

Underlying this other view of forgiveness—that we should strive to forgive others unconditionally—is a theology that accentuates God’s mercy and hesed (kindness) over God’s strict justice. This theology has deep roots in our tradition and finds expression in the “thirteen attributes” that we recite liturgically on holidays before the open ark, a carefully redacted version of Exodus 34:6-7, which identifies mercy and lovingkindness as God’s essential nature. Many midrashim likewise suggest that, “just as God is merciful and compassionate, so should you be merciful and compassionate with one another” (Babylonian Talmud Shabbat 133b, among many others). Indeed, when the rabbis creatively imagine God’s prayer, it is “May it be my will that my mercy conquer my anger, my mercy be revealed in my attributes, I treat my children with the attribute of compassion, and I go for them beyond the bounds of strict justice” (Babylonian Talmud Berakhot 7a).

So it is clear that there is another, less known and very powerful way of thinking about forgiveness. To forgive unconditionally is to emulate God’s love, perhaps even to channel it and be the conduits of that love in our relationships with others. This view also assumes a kind of humility for it recognizes implicitly that we all sometimes engage in hurtful behavior and, if we would have others forgive us, we should certainly do no less for them. To withhold our forgiveness, on this view, is to stand above others, in judgment of them, and to say in effect: “Your conduct has been found wanting, and you must earn your way back to being in ‘good standing’ in our community.” To forgive quickly and unilaterally, on the other hand, is to send a far different message—that “we will treat you compassionately, as God treats all of us compassionately,” and “notwithstanding your conduct, we affirm your moral worth and so we give you the gift of forgiveness and the opportunity to begin again with a clean slate.” Perhaps the offender, moved by our generosity, will even respond by beginning the process of teshuvah.  Rather than withholding our forgiveness until the offender repents, here we offer forgiveness both as a way of imitating God’s compassion and also as a way to induce the offender to repent.

I wonder how different we might be, individually and as a community, if this other model of forgiveness were better-known and more fully embraced. We would certainly enjoy the benefits that those popular psychology books promote, feeling lighter and less burdened by resentment. But I believe there would be other benefits as well. We would move through the world with a sense that we were spreading compassion, engaging others with less judgment and more acceptance. We would also regularly remind ourselves that we too have often failed to live up to our own highest standards of behavior, and so we would feel a deeper bond with those who similarly fail, even when we’re the ones who get hurt.

Forgiveness is a gift to ourselves, to be sure, but it is also, and primarily, a gift to those who have wronged us. Giving this gift can be challenging, for it is often more comfortable (and surely, more familiar) to stake out the moral high ground and hold fast to our judgments of those who are guilty of harming us. Yet there is also a unique kind of joy in granting others the gift of our forgiveness. It draws us closer to them and affirms our common humanity and the fact that, from time to time, we are all guilty and in need of forgiveness. In this much deeper sense, forgiveness is finally a gift to ourselves for it elevates us—and all whom we encounter—to a higher moral plane, one in which mercy, rather than justice, is our guiding star. 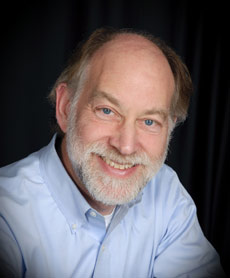