Based on her Senior Torah presentation at RRC 5782

I want to talk about a specific texture of silence: silence, as in quiet spaces; the silence that is in deep connection that allows for things to bubble; the silence of beautifully and purposefully preparing a body for burial; the silence after death.

These pockets of silence allow us to connect with ourselves, to open to what is real and present in the moment — if we allow that to happen.

Thich Nhat Hanh, a Buddhist monk, peace activist, author, poet and teacher, may his memory be for a blessing, writes of silence:

I have the impression that many of us are afraid of silence. We’re always taking in something — text, music, radio, television or thoughts — to occupy the space. If quiet and space are so important for our happiness, why don’t we make more room for them in our lives … .

What are we so afraid of? We may feel an inner void, a sense of isolation, of sorrow, of restlessness. We may feel desolate and unloved. We may feel that we lack something important. Some of these feelings are very old and have been with us always, underneath all our doing and our thinking. Having plenty of stimuli makes it easy for us to distract ourselves from what we’re feeling. But when there is silence, all these things present themselves clearly.[1]

Silence is scary! It forces us to meet ourselves, raw and unfiltered, undistracted. And sometimes, it’s too uncomfortable, too painful to be silent. And that’s OK. We all move at different paces, meeting ourselves in different moments. I’m not advocating forcing oneself to greet the painful or traumatic truths if you aren’t ready to go there. But when you’re ready, these experiences can be great teachers. Meeting them like dear friends, welcoming them in to the home that is your mind in these moments of silence can bring about transformation.

Speaking of Thich Nhat Hanh, I have a piece of calligraphy by him hanging by my staircase that reads, “Be still and see.” It’s in a funny place because I read it every time I walk upstairs, when I’m not necessarily being still. But I find myself silently traversing the stairs, finding moments to see what emerges. I often make it to the top of the staircase having forgotten why I initially ascended, now enchanted by the thoughts I let arise in the stillness, in the silence.

I think about the story of Aaron — how he was in many ways the voice of his brother Moses. His entire role, his purpose, was to speak. I think about how after the death of his sons, the Torah makes a point to say׃, “vayidom aharon — and Aaron was silent.” (Leviticus 10:3) The text of the Torah, which we know is one to exclude many details, makes a point of including this moment of silence.

Unable to fathom that Aaron could be merely silent at a moment of shock and grief at the death of two of his sons, the Ramban (Nahmanides, thirteenth century) comments on Leviticus 10:3, “This means that he had cried aloud, but then he became silent.” But I’m not sure I agree. For Aaron, someone whose whole purpose in life is to speak, to be silent exemplifies what a great shock and transformation this moment must have brought.

Shock takes away our words. Grief brings us to silence.

It’s not easy to think about this sort of silence. Our whole society is built around ways to avoid thinking and talking about death. And yet, it is a part of who we are. It is the destiny of all of us — the greatest silence of all.

I’m transported to some of the greatest moments of silence I’ve experienced, while ritually cleaning and preparing a body for burial in the act of taharah (ritual purification). A hevrah, a fellowship of people take part in this act silently, ritually washing and clothing the body, all silent but for specified moments of ritually speaking the words of psalms and while pouring water over the body, simply stating “They are pure,” “Tehorah hi.” Is it the water, the cleaning or the silence that brings about this purity? Perhaps it’s all of these things combined. Silence is used in this act so as not to embarrass the person, silence so as not to make light of the moment, silence to create a holy container to hold the ritual, silence to mark the significance of the act.

Silence to acknowledge there is nothing greater than God, not even death.

Silence is praise? How so? Silence allows us to connect to the sounds of the world around us — the chirping of birds, the buzzing of bees, the rustling of the wind. Silence acknowledges and praises and harkens back to intimate connection, to creation.

that was not even a word.

at the edge of the pond.

Nothing living, what we call living,

And yet, the voice entered me,

with so much happiness.

And there was nothing there

I remember this piece of advice I received from my educator while doing Clinical Pastoral Education. He told me: “When you aren’t sure what to say or the emotions are running high, leave a bit more room for silence. In the silence, something will arise, and you give the other person room for their thoughts and feelings to lead the interaction.” Using silence in this way is extraordinarily skillful and led me to incredible moments of connection and deep emotion.

God uses silence, too. I think about the story of Jonah and the big fish. Jonah is trying his hardest to run away from God, but eventually he can’t escape and finds himself in the belly of a fish/whale, where, I can only imagine, silence found him. God puts him in a major time-out of sorts. Can you imagine where that moment must have brought Jonah?

Things to Do in the Belly of the Whale

Measure the walls. Count the ribs. Notch the long days.

Look up for blue sky through the spout. Make small fires

with the broken hulls of fishing boats. Practice smoke signals.

Call old friends, and listen for echoes of distant voices.

Organize your calendar. Dream of the beach. Look each way

for the dim glow of light. Work on your reports. Review

each of your life’s ten million choices. Endure moments

of self-loathing. Find the evidence of those before you.

Destroy it. Try to be very quiet, and listen for the sound

of gears and moving water. Listen for the sound of your heart.

Be thankful that you are here, swallowed with all hope,

where you can rest and wait. Be nostalgic. Think of all

the things you did and could have done. Remember

treading water in the center of the still night sea, your toes

pointing again and again down, down into the black depths.

Silence saves Jonah in that moment. After three days and three nights of being in the belly, where we don’t quite know what happened, Jonah prays aloud to God, “Va’ani bekol todah, And I with a voice/sound/call of thanksgiving.” In the silence, Jonah transforms and sees in himself what God saw all along — the ability to call on a whole people to change their ways. To become a prophetic voice. Silence has the power to transform, to create.

I wonder, in practicing silence, are we rehearsing for olam haba, the World to Come? Connecting to creation and building for the future? Bringing in the prophetic?

The author Suzanna Arundhati Roy writes: “Another world is not only possible, she is on her way. Maybe many of us won’t be here to greet her, but on a quiet day, if I listen very carefully, I can hear her breathing.”[3]

So I’ll leave you with these tidbits of advice that have served me well these past five years:

Tune into what your gut is telling you — let the silence be your teacher. In action, silence takes us farther, pushes us to go deeper.

In the end, I’m suggesting that we all listen a little bit more than we think we need to. In order to praise God with our silence, let our presence be felt and known beyond the words that escape from our mouths.

Be still and see. 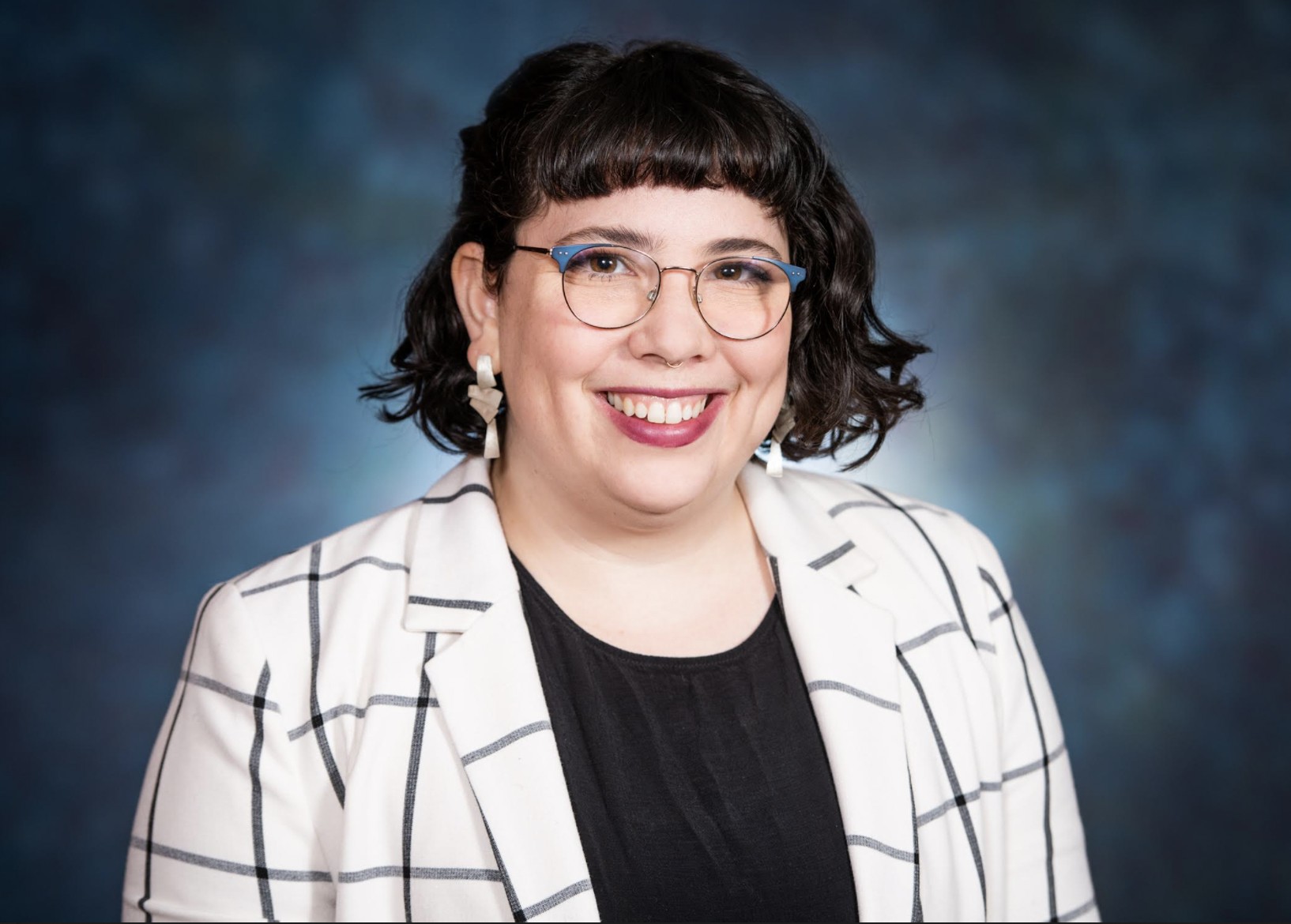 Writing Your Own Megillah: A Purim Drash