The Help We Need Right Now

Rabbi Donna Kirshbaum responds to Toba Spitzer’s essay “Israel and Us” by asking, rather than focusing on disparate narratives: Are American Jews instead willing to value pragmatism over “ideological purity” when it comes to finding peace in Israel?

I am responding to the Evolve conversation “Israel and Us: Creating a New Narrative,” speaking as a representative of Women Wage Peace, an Israeli grassroots movement that has grown from less than a dozen to more than 40,000 women with 55,000-plus FB supporters in Israel and abroad in the past three-and-a-half years since the end of the 2014 Gaza war (men can join, too, and do). Our approach is a novel one among Israeli peace groups; we do not advocate for any one particular resolution of the conflict. Instead, we advocate for direct negotiations with the equal participation of women from diverse communities in every aspect of peace-making. In addition to our many locally driven and often nationally coordinated grassroots actions, we are a regular presence in the Knesset (at committee meetings, in visits with individual MKs and in the weekly plenum), as well as in municipal and regional levels of government. We have received endorsements so far from more than 40 members of parliament, and more than 80 mayors and regional council heads.

The utter waste of ongoing conflict—above all lives, but also talent, treasure and time squandered every day—defies measurement. In addition, millions of American dollars and other generous sources of funding have gone to specific peace plans, all based on one specific remedy that is arguably out of step with our current reality. Needless to say, far too much ink has been spilled on claims full of beguiling simplicity—among them, that all settlers are bad people, all leftists are traitors. I do agree with Rabbi Toba Spitzer’s analysis that such claims spring from two different mindsets, both charged with authentic and deep emotion: one emphasizing Jewish survival, the other the Jewish imperative to act justly. I take issue only with the emphasis on finding a new narrative.

If I were to allow free reign to the ugly mood that comes from living in the midst of such tragic waste, with the constant fear not only of escalation but also that the next generation could well inherit even more trouble with fewer tools to fix it, I would ask American Jews to ask themselves: Is identifying with a particular narrative (or, often, with a special version of a larger narrative) useful to Israelis and Palestinians? But instead I want to ask a different question Are you willing to learn with us how to unite across painful divides for one goal only: a negotiated agreement to end the Israeli-Palestinian conflict, with women from diverse communities equally represented in all aspects of negotiation? Because of women’s tendency to value relationships over theoretical ideas of justice and security, we are more likely to reach the painful compromises that end armed conflicts. Indeed, both U.N. and civil society initiatives have been tracking the success of Security Council Resolution 1325 mandating the equal participation of women in all issues of national security and peace-making. Women Wage Peace has put implementation of 1325, signed into Israeli law in 2005, at the center of its strategy this year.

We understand that Israel, to use Toba’s trenchant image, can easily become a scapegoat.

“When we talk about Israel,” she writes:

We are often actually talking about something else entirely. As the only place in the world where Jews exercise power as Jews and where Jews are visible in such a distinct way, it is not surprising that Israel and its policies become repositories for much of the Jewish “baggage” that we all carry, from the legacy of the Holocaust to ambivalence around Jewish identity to conflicted feelings about Jews and power. At the same time, Israel symbolizes much of what makes many people proud as Jews. I sometimes think of it as the little goat in the Biblical Yom Kippur ritual, sent off into the wilderness with the sins and sorrows of an entire community on its head.

So here is another question I would ask American Jews right now: What have you got in your toolkit to release some of the weight, making the load bearable enough to privilege pragmatism over ideological purity? This question is mostly directed to American women, who seem to be facing many of the same obstacles to full inclusion in matters related to war, peace and security (including environmental and relational security) as we are. We need your different voice—the one that persists until it is able to speak out for a radically inclusive approach so different from those that prevail in both countries’ polarized and increasingly belligerent political culture. We need your help—every woman’s help—in learning how to keep from “coding” (i.e., sorting into categories what people say, even as they are still speaking) and instead listen with the expectation of becoming somewhat confused about our own beliefs, so empathically have we listened to another. We could also use your help in replacing exclamation points with question marks when you talk about Israel, just as we are learning to do. And just as importantly, to act, always and everywhere, on the urgency of shalom beneinu v’im sh’cheneinu—peace among ourselves and with our neighbors. As you, too, learn to avoid labels that hide the contradictory voices within each and every human being, and instead choose to draw out your own and others’ unique and many-layered stories of specific pain, fear, love and concern, you strengthen our conviction that we can change the foul air of hopelessness and stalemate that we now breathe.

Resolve, along with us, to leave comfortable truths behind. Contact us about creating your own parallel events or ways to show solidarity with our approach (we have a Facebook group dedicated to English speakers) so we can all quickly become more fluent speakers of a language beyond shaming and blaming, beyond “us-and-them-ing.” Learn along with us how to make “the peace of the brave” among women, especially among those who identify with conflicting political cultures and/or who face enormous pressure from their families to conform to communal standards or keep quiet.

Ask Israeli relatives and friends to consider our approach based on peace among ourselves and with our neighbors as if their lives depended on it; indeed, when have deep and unresolved internal divisions ever simply dissipated? Better yet, ask “your” Israelis, both women and men, to register on our website—a simple matter of typing one’s name, Israeli address, phone and email into an online form so that we can sooner reach the critical mass that will in turn compel decision-makers, already being primed by us, to act on behalf of lasting security, sanity and prosperity. Don’t discount any Israeli on your list. Not a one. For example, WWP now includes religious settlers who are taking enormous risks for peace. We are even familiar with several creative peace plans generated in the territories. Also joining our movement, Women Wage Peace, are women from populations within the Green Line—for example, those of Russian, Ethiopian, Palestinian heritage—traditionally under-represented in matters of war, peace and security, who are now demanding to be heard. Please share with your Israeli circles that tens of thousands of Israeli women, including more and more young women, refuse to see the desire for peace as the monopoly of one sector and security as that of another.

We are convinced that Israeli women of all ages can and must take responsibility for waging peace. Indeed, one of our nationwide projects this year is a congress in November designed for 5,000 approximately 20-to-30-year-old Israeli women, from diverse communities, on removing obstacles to peace. The rest of the tens of thousands of us will be able to access its proceedings, including simulations of a peace-based society, from satellite sites. And please, just as we are doing, keep Nelson Mandela’s words about social change on your heart and before your eyes: It always seems impossible until it’s done. 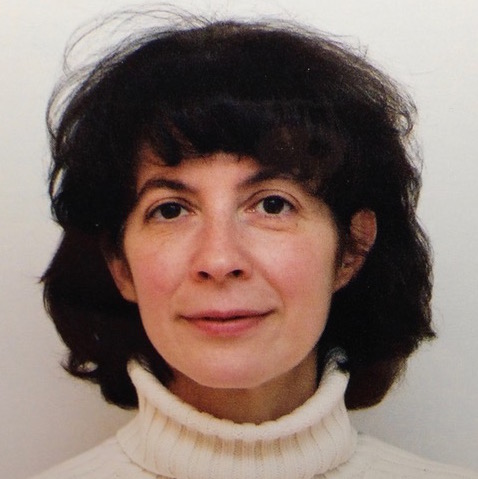