Like the vast majority of liberal American Jews, I made sure that I obtained my COVID vaccinations as soon as I could. The booster went into my arm on the first day it was available. I wanted those shots not only for my own safety as a senior citizen, but also for the sake of other members of my family who were not yet eligible for the vaccine, of members of my community and of society at large. The science is overwhelming that the vaccine is needed not only to protect oneself but those with whom one comes into contact.

The United States and Western European nations have been remarkably successful in obtaining and distributing the vaccine to all of their citizens willing to take it. That includes everyone who has faith in science and medicine with the exception of a small number of people with contra-indicating medical complications.

Meanwhile, most of the developing countries of the world have only managed to obtain enough vaccine to inoculate a tiny percentage of their populations. Despite promises from the Western countries to help, so far only a small number of doses has become available to the needier parts of the world. While the unfortunate consequences of that reality have been mitigated somewhat by a surprisingly low level of infection in Africa, this remains a dangerous situation for countries throughout Africa, as well as parts of Asia and South America.

From a Jewish perspective, this raises several moral issues. First, our tradition has long recognized a duty to heal. Benjamin Freedman in his highly regarded book, Duty and Healing: Foundations of a Jewish Bioethic, provides ample evidence of the long history of that Jewish duty. However, the duty to heal applies first to those most immediately around the individual. With that largely accomplished in the United States and Israel, I would argue that the responsibility to heal extends urgently to the rest of the world. That duty certainly applies to the demand that governments invest significantly in expanding the capacity to manufacture the successful vaccines, as well as emergent treatments of the virus for those who contract it.

Second, given the danger of mutations of the virus developing in countries where the disease goes relatively unchecked, helping those in developing countries helps those in developed countries as well. The next variant could be more virulent and contagious than the Delta variant. Thus aiding those across the world also fulfills a duty to those closer to home.

The manufacture of the vaccines could have vastly increased by now if the Western governments had been investing in expansion of the vaccine manufacturing facilities. While that investment is in process now, the delay can be measured in tens of thousands of lives.

Once there is sufficient vaccine, getting it into people’s arms is vital. With a shortage of hospitals, clinics and medical personnel in much of the developing world, that is a huge challenge. The lack of infrastructure such as roads, educational facilities and refrigeration increases that challenge. In some cases, it is the result of centuries of resource exploitation by the developed countries in the developing countries. In other cases, it is the result of neglect. Much cooperation is needed among the World Health Organization, United Nations, developed nations and the countries needing help. That effort is still in the early stages. And people are dying.

Those who care about this issue should press their senators and other congressional members. They should look for opportunities to join in demonstrations and provide tzedakah to aid in this effort. Acting together, we can save lives. And piku’ah nefesh, “the saving of life,” is a central Jewish commitment. 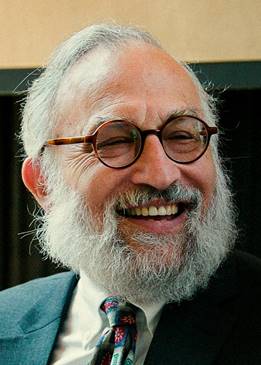 July 27, 2022
Posted in Ethics
Honesty about the legacies of those who have caused unrepaired harm is the first step in tending to our communal responsibility to repair the world.

February 19, 2022
Posted in Ethics, Justice
Esther moments ask the question: When does one choose to show up and take on the leadership needed, risks included, in order to move forward a critical, sometimes life-and-death conversation, policy or initiative?

May 19, 2021
Posted in Ethics
This piece describes Jacob’s experience as a student, practitioner and teacher of Mussar through his involvement with the Institute for Jewish Spirituality’s Tikkun Middot Project.

March 12, 2021
Posted in Ethics
Explore the urgent ethical issues of our time from Jewish perspectives.