I recently rafted down the Grand Canyon, one of the best places in the world to get a sense of the vastness of time. Reading the stories in the ancient rock layers — of seas rising and vanishing, sediment being laid down and eroded, species appearing and then disappearing from the fossil record — also reminded me of the amazing results of evolution across those vast spans of time and ever-changing environments. And that, in turn, reminded me of how commonly people misunderstand the mechanics and results of evolution.

In particular, I recalled a conference from some 25 years ago on Judaism and the environment. One speaker — a noted, creative and thoughtful Jewish theologian — responded to a statement by a scientist in attendance. The theologian said something like this: “If evolution doesn’t have a direction that it progresses in, then I don’t see how we can fashion lives of meaning.” I was shocked and more than a bit dismayed by that remark because it is both scientifically inaccurate and theologically inadequate.

While I remain dismayed, I confess to no longer being shocked because I’ve seen the error made that day — namely, that life is constantly and inexorably evolving toward something “better” or “more highly evolved” — repeated by far too many religious thinkers, both within and outside of the Jewish community. What I’ll attempt to do in this essay is to review two of the most common misperceptions of evolution. Once those are clarified, I — despite making no claims to be a theologian — will also lay out a few ways that I still manage to find meaning in our world.

‘Fitness’ as contextual, not absolute

The first misconception is connected to evolution at the smallest of scales, but if we don’t get this right, it’s difficult, if not impossible, to understand the broad sweep of evolution. Most people have heard the phrase “survival of the fittest,” and many know that it has something to do with the concept of natural selection, one of the major drivers of evolution.

But what evolutionary biologists mean by “fitness” is quite different from what most people understand, for “fitness” is entirely contextual rather than absolute. From the standpoint of evolution, “fitness” is shorthand for “well-adapted to the particular environment where the species in question lives.” So a bluefin tuna, for example, is highly “fit” in an ocean environment. Its streamlined shape, incredible musculature and ability to swim at speeds of 40 miles per hour over long distances all fulfill our stereotypical notions of an apex predator. But that same fish would be highly “unfit” in an ephemeral pond in the desert, where the tiny, primitive-looking triops becomes the “apex predator.” Which of these creatures is more “highly evolved”? The question is nonsensical. If Reb Zusya were an evolutionary biologist, he might have remarked, we shouldn’t ask the triops why it isn’t more like a tuna; we should marvel at how much of a triops it has become.

Fitness isn’t absolute. It also isn’t static because the environments in which species are trying to live constantly change. One classic example of how what is “fittest” changes with the environment is the peppered moth of the United Kingdom. It got its name from its coloration — a generally white background with a peppering of black spots, splotches and streaks. It blends in amazingly well on birch bark. Or at least it did before the Industrial Revolution. But as the air in parts of the United Kingdom became more polluted, tree bark became sootier — and typically colored moths were no longer well-camouflaged. A sooty-colored form of moth, which had been rare (because it stood out on whitish bark), became increasingly common. As air pollution decreased, the whiter forms again became more common. Neither color variant is in any absolute way fitter; they each are fit for a different environment.

Evolution as contingent, not directional

Even though evolutionary fitness is contextual and shifts with changes in the environment, one could imagine that on a macro scale, that evolution might nonetheless progress in a particular direction. But a look at the grand sweep of life in the Grand Canyon or elsewhere yields no such direction. Moreover, when one sees the record of seas sweeping in and out, of mountains rising and sinking again —let alone the impact of asteroids and other catastrophes that have led to mass extinction episodes — it seems much more likely than not that if we were somehow to rewind the tape of time and run it forward again, we would find a very different Earth with radically different species. That doesn’t mean we can’t understand why some species made it through mass extinctions and others didn’t. And there are some broad patterns that almost certainly would repeat; there would probably be life in the sea, on land and in the air, for example. But a small shift in the past history of our planet would yield more versions of our world than are contained in the Marvel Cinematic Universe. Barring a highly interventionist Deity — one who plans in advance to hurl this particular asteroid at such and such an angle, and at precisely this instant — every replay of earth’s history would be different and yield strange new worlds. And yes, that means that humans (at least in the form that humans are today) are not the inevitable product of life’s evolution on earth.

This is not a new concept. Indeed, Mark Twain expressed it much better than I can back in 1903, in “Was the World Made for Man”:

If the Eiffel tower were now representing the world’s age, the skin of paint on the pinnacle-knob at its summit would represent man’s share of that age; and anybody would perceive that that skin was what the tower was built for. I reckon they would. I dunno.

Different scientists have come up with greatly differing estimates of how likely it was that intelligence evolved, particularly the tool-making, environment-altering type of intelligence that humans demonstrate. I don’t have the background to evaluate those differing claims, though it seems to me that the only way to really get a good estimate would be either to run planet-wide experiments over billions of years (not exactly practical) or to have a better idea about the number of planets in the universe where intelligent life exists (not yet practical, but one can hope!). But the basic point remains: A scientific look at evolution does not show any directionality, let alone inevitable progress. For theologians to try to construct meaning based on something that just isn’t there strikes me as foolish.

So where does meaning come from?

Before I turn to my answer about finding meaning in a world where evolution is contingent and contextual, let me first pose a more anthropocentric question. Let’s ignore for the moment the grand sweep of deep time and just stick to the history of past 3,000 years. Do you believe that the course of human history over that time was inevitable? And do you see steady, inevitable progress over the course of that history? Personally, I can’t look at the Holocaust or the mass murders that have occurred since or even the events of the past six years and see inevitability, let alone progress. But for many, myself included, that very lack of inevitability is part of what gives meaning to my life — for I know history can proceed in different directions and that some action I take or fail to take might actually shift that history. Furthermore, I don’t see any need to despair because our very contingent human history is set on a planet where the course of life itself has been contingent.

Indeed, knowing that all life, not just human history, could be different — including being far better or far worse than the present — means that Maimonides’ metaphor of the world being balanced between righteousness and sin does in some measure describe our actual world. Life itself does hang in the balance based on our actions; it really could go either way. When we look at life with this understanding, I can’t imagine living in a more meaningful world.

I also find meaning and joy in the contextual nature of evolutionary fitness. Trying to shape a Judaism of this moment — as it were, the evolving religious civilization of the present cultural and physical environment — mirrors the way that life itself works. The adaptations of the tuna and the triops are radically different, but equally wonderful, “answers” to the question of survival, so I should welcome diverse answers about meaning, faith and Judaism. The trilobite’s way of life made sense in its age, but wouldn’t today — just like the sacrificial system made sense in context but isn’t remotely the right answer for us now.

I recognize that it is not always wise to infer “life should be” from the “life is” of nature, or else we would have to try, for example, to come up with a moral justification for the lifestyle of the brown-headed cowbird, which lays its eggs in other birds’ nests, who end up caring for its young at the expense of their own. Sometimes, however, even the apparent idiosyncrasies of nature can be inspiring. When asked what could be inferred of God’s nature from nature itself, the biologist J. B. S. Haldane is said to have answered on more than one occasion: “God has an inordinate fondness for stars and beetles.”

I find both stars and beetles to be fascinating, varied and often beautiful, certainly worthy of appreciation and study. For me, the very process of life, especially given the contextual nature of fitness, means that every moment is unique and inordinately precious — perhaps an apt motto for a project called “Evolve.” I write this having just heard of the passing of the Israeli musician, singer, performer and composer Svika Pick, and I am listening to his version of the Sheheheyanu as I set these words down. What is the Sheheheyanu if not a celebration of the holiness of context — that this moment, just because it is this moment, is something to notice deeply and to be deeply grateful for. I may be here only because of a long series of accidents and unlikely events. But I am here, ready to do my part to make our world more filled with life, ready to stand in awe at life’s unfolding, from an iridescent beetle to a brilliant star. That is meaning enough for me.

Rabbi Daniel Swartz is the executive director of the Coalition on the Environment and Jewish Life and the spiritual leader of Temple Hesed of Scranton. He would like to thank his sister, Dr. Sharon Swartz, an evolutionary biologist, and his spouse, Rabbi Marjorie Berman, for their review and comments on this article, but he also wants to make clear that any errors, scientific or theological, are purely his own. 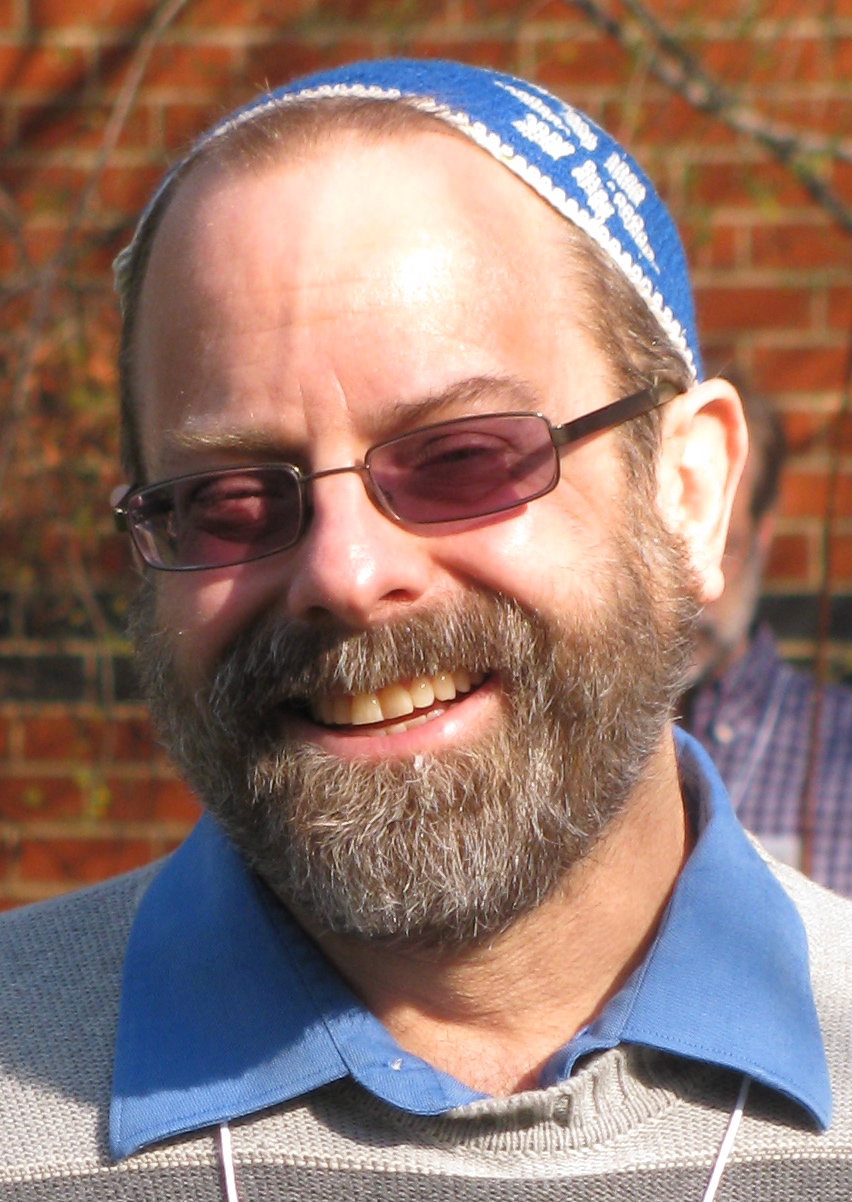