Home » Spiritual Practice » Shemini: The Danger and the Opportunity of the Eighth Day

This is based on a devar Torah delivered at the 2022 Convention of the Reconstructionist Rabbinical Association.

For six days, God created the world, and it was all good. On the seventhday, God rested, surrounded by all that goodness. But on the eighthday, Eve reaches for the fruit; exile and curses enter the world.

For seven days, the baby boy is coddled, lovingly protected from all possible harm. On the eighth day — well, you know.

For seven days, people visit, bring food and love and sympathy. On the eighth day, you rise from shiva, go back to your routines and pretend your heart isn’t broken.

For seven days, the newly married couple is swathed in communal blessings. On the eighth day, they’re on their own, and someone has to load the dishwasher, perhaps prompting the first marital quarrel.

For seven weeks, we are ensconced in ritual, blowing the shofar daily, immersing ourselves in the life-transforming opportunities of teshuvah and atonement, racing from the Break Fast to the first nail of the Sukkah. But the eighth day that begins the eighth week is the Atzeret, the sudden, ritual-free stop. And then, it is the eighth month, Mar Cheshvan, where you find out the sometimes bitter truth; did anything really change?

For six days, the Jews fought heroically.  On the seventh, euphoria. The eighth day is now into its sixth decade and still no peaceful resolution.

Seven is the number of perfection, completion. But Shemini, the eighth, is what comes after we think we have done everything right, after we think we have achieved perfection. The eighth day encompasses the normal, the routine, the anticlimactic. With the exception of circumcision, the eighth day is marked by its very lack of ritual. It is the mundane through which the real texture of our lives is revealed. It is ripe with opportunity and fraught with danger.

In Tzav, the preceding portion of Leviticus, the new priests are cleansed, dressed and anointed, and for seven days they wait, purified and ready, at the entrance to the ohel mo’ed (the Tent of Meeting). But in Shemini, the routines of the priestly life are about to begin, and they confront the opportunities and dangers of the eighth day.

The role of the priest can seem like a caricature of stultifying, never-changing routine. The priest must meticulously focus on a myriad of seemingly arbitrary, never-changing rules. As a hereditary position, they are not chosen for it based on personal talents and inclinations; indeed, their individuality is symbolically shrouded under a white linen uniform.

Some would have relished the white robes, the clear guidelines, the prestige, the opportunity to humbly fulfill God’s service and command, no questions asked. But for some personalities —  mine, for example — it would have seemed a living death, as the white shrouds themselves suggest.

I imagine these two young men, full of youthful energy, facing a lifetime of stifling rules regarding the minutiae of sacrificial ritual; a lifetime ensuring that the sequence of limbs and fat and entrails was suitably offered to this demanding God’s exacting commands. Just reading the mind-numbing details in the preceding section of Tzav makes me want to reach for some strange fire myself.

I realize that I’m imagining the young priests through the lens of my own personality and history. As a young woman, facing the rules and stringencies of my Orthodox upbringing, I rebelled with everything I had, even at the risk of self-sacrifice. It may have looked bold, but really, I had no choice. The alternative felt to me like a living death.

But there is more to the eighth day than the dangers of stultifying routine. The eighth is a symbol of the everyday, but it is also the symbol of infinity. And as such, it encompasses the paradox of the quotidian, the paradox of emptiness, of silence, of Ayin (Divine Nothingness). The eighth day is the now, this moment, in all its boring, ordinary splendor. It is precisely through attending closely to life’s minutiae that we transcend its bonds. Although one may have to pass through the trials of the mundane to get there, the eighth can be a portal to the Infinite.

The paradox of the eighth is that the same day-to-day routines can be stifling or liberating. To some extent, we saw this in popular reactions to the restrictions of the pandemic. For many people, the lack of external stimulation caused depression, anxiety and a host of other mental-health difficulties. But for some, the quiet opened up new opportunities, new ways of understanding; a small portal to the Infinite.

But why does the very portal to the Infinite seem so frightening, so full of danger? What keeps us from sinking into the luxurious banality of the now?

There is an odd detail in this week’s parashah: the recently burnt priests are dragged out of the temple compound by their apparently unburned tunics. The detail is a tantalizing clue as to what kind of fire consumed them — a fire that burned from the inside out. Strange fire indeed.

When I read the story, I hear a voice screaming to me across the millennia. “Be afraid!” it says. “Be full of fear when you approach the sacred. Protect yourself through rules and commandments; distract yourself through drama and ritual. Be afraid,” it says, “of the silence of the void; of the fire that burns from the inside out.”

I’ve become increasingly sensitized to this particular kind of fear. Four years ago, I volunteered to be a subject in a research project at New York University that gave psilocybin — the active ingredient in magic mushrooms — to religious professionals. I have traveled extensively, but the two psilocybin trips I took in the summer of 2018 were among the most astonishing experiences of my life.

Early in my second trip, I was fighting the power of the drug. Finally, when I let go, I started sinking, down, down through layers and layers of fear. It was as if the entire bedrock of my existence was composed of fear. When I finally arrived, it was into the cavern of the Infinite. Strange fire indeed.

There is plenty to be afraid of in today’s world. This lingering, fickle pandemic. Tree of Life. The wide-spread diminishment of democratic ideals. The renewed specter of nuclear war. And looming over it all, unfathomably, the cataclysmic threat of environmental collapse. If we are at all awake, we are terrified. But fear as the bedrock of existence does not serve us well. It takes a softening, a radical letting go to face these terrors with boldness and love, the wellsprings of the infinite.

Some of the boldest and most loving people I know are in this room. Our challenge as rabbis is to use the rich palate of Jewish ritual and tradition to serve the everyday, to deepen our access to the wellsprings of the infinite. 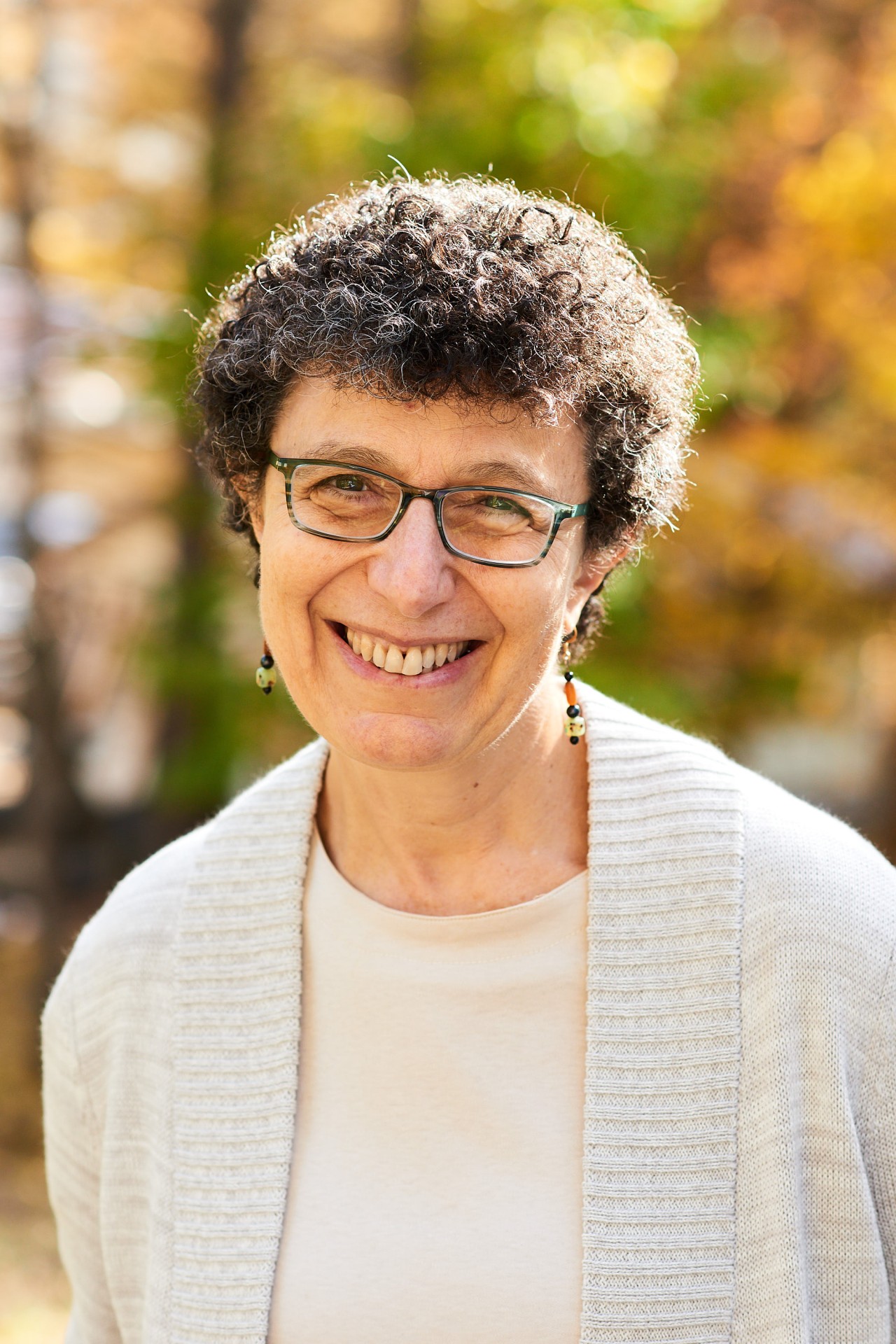 The Founding of the Society for the Advancement of Judaism (SAJ) Was Significant: Not Primarily Because of the ‘First Bat Mitzvah’

April 26, 2022
Posted in Gender, Spiritual Practice
The big news was the founding of the Society for the Advancement of Judaism (SAJ) earlier that same year, creating an institution where radical change could happen.