Home » Israel/Palestine » Kaplan, Herzl and the Current State of Israeli and American Politics

In 1948, Mordecai Kaplan embraced a vision of Zionism that is indelibly bound up with advancing democracy:

Zionism has taught Jews not to entrust their fate to individuals, whether Jews or non-Jews, who might come to exercise arbitrary control, but to have faith in democratic procedure and the justice of their cause.

Political Zionism may, accordingly, be described as the application of democratic methods to the measures to be employed by Jews everywhere in their efforts to prepare a homeland for those who hope to go or must go there.

The Future of the American Jew

Although Kaplan articulated the proper juxtaposition of democracy and Zionism, he was wrong in asserting that Zionism “ended, once and for all, the authority of self-appointed oligarchs, however beneficently disposed they might be toward their fellow-Jews.” In 2021, the anti-Netanyahu coalition of left-wing Jews, moderate Jews, right-wing Jews and Israeli Palestinians sought to thrust Israeli politics and government back toward a Kaplanesque ideal of democracy, anti-oligarchic governance and cohabitation among Jews and Arabs. It failed to achieve this ideal beyond the 16 months in which the coalition was in power.

The 2022 Israeli election saw not only the election of a hard-right majority coalition of 64 seats in the Israeli Knesset, but the election of 70 of 120 members from the right wing of the political spectrum. Only 40 seats of 120, or one-third, were from the moderate or left-wing sections of the political establishment, including the 10 members of the Knesset from Arab parties, which themselves represent a mixture of ideologies.

Speaking about democracy only in left-right terms may not be the best way to evaluate the strength of democracy; after all, in a democracy, rightist views are just as valid as leftist views. But what is not valid in democracy is the promotion of a future state in which only those human beings with a particular ideological or racial identity can participate fully in civic society.

The “hard-right” position of Itamar Ben-Gvir, leader of the Religious Zionist Party, that Palestinian citizens of Israel be offered a future of emigration from the land — either through inducements, or through forced means — defies the vision of Kaplan and even Herzl, that “Palestine” could be settled by both Jews and Arabs. Herzl wrote in The Jewish State (1896):

Every man will be as free and undisturbed in his faith or his disbelief as he is in his nationality. And if it should occur that men of other creeds and different nationalities come to live amongst us, we should accord them honorable protection and equality before the law.

Herzl supported a Jewish state, but not at the expense of humanistic and democratic ideals that allow all people share equally in the benefits of the state.

That Israeli politics have led us today to an anti-Herzl and anti-Kaplan vision is a tragedy. For those who recognize this tragedy and lament the loss of that vision, there is naturally the question of “What next?”

My personal identification with advancing Jewish causes and securing a safe future for Jews and Jewish expression has been from the political left. One of my formative experiences was traveling to Washington, D.C., in the 1980s on a CLOSE-UP sponsored tour for Jewish high school students, where I sat with then-U.S. Rep. Howard Wolpe and learned about what were at the time largely bipartisan efforts to ensure the separation of church and state.

I assert that the promise of the future lies not necessarily in simply bolstering the political left, but in a return to the writings of Kaplan and Herzl — and a return to the very roots of Zionism.

Some would argue that the “facts on the ground” require a new interpretation of Kaplan and Herzl. They have a valid concern, but their argument should be rejected on the merits. They would do well to evaluate exactly what benefit the past three decades have provided the Jewish people and the State of Israel by straying from the roots of a Zionism that is grounded in democracy.

Former Prime Minister Yitzhak Rabin embarked on a course of peace with the Arabs living in the land — and was assassinated 27 years ago by those who took to and incited political violence to stop a policy with which they disagreed. Former Prime Minister Ariel Sharon — notably a hard-liner — began a course of disengagement that led first to unilateral withdrawal from Gaza and could have led to a consensus recognition of a Palestinian state had he not become incapacitated by strokes that began near the end of 2005.

A Jewish state need not be ethnocentric. There is another path forward. And, in this time of growing fascism and national xenophobia around the world, it may more than ever be the responsibility of the Jewish people to help fulfill God’s call for a world that is healed, where lo yisa goi el goy herev — where “nations shall not lift up sword against nation.” (Isaiah 2:4)

Such an endeavor may be challenging in a world that seems more removed than ever from the events of 80 years ago. In the 1940s, much of the world was fighting fascism in service of a democratic ideal in which people exist in a political society not oppressed by the dictates of ideological oligarchs, but rather are governed by popular will that is based on rational thinking and self-interest.

Our best hopes for a future of promise lie not merely through support of a left-leaning or “progressive” agenda. Rather, they lie in securing once more a societal conversation for mutual respect of one’s fellow human beings, and a return to rationality and spiritual purity that recognizes all people as worthy of grace and favor. Such a conversation should find support from not only Jews but ecumenical Christians, Muslims, Buddhists and Hindus as a necessary path back to the Divine Consciousness to which we all aspire.

The book of Zachariah provides clear admonition against the type of divisive politics that has become too common today: “Do not plot evil against each other, and do not love to swear falsely. I hate all this, declares Adonai.” (Zachariah 8:17)

Tikkun olam, or “repair of the world,” is more critical today than at any time in the past 80 years. And to borrow from William Shakespeare — arguably not the greatest friend of the Jewish people — it is not “the stars” that are in need of repair but ourselves.

May we take note of the time in which we live and commit ourselves fully to a program of Zionism that does honor to both Kaplan and Herzl. May we find the courage to challenge conventional wisdom of both the right and the left — and unabashedly advocate for a Zionism that is directly aligned with democracy, pluralism and a respect for the dignity of every human soul. 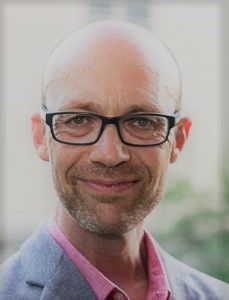