Home » Justice » Now I Finally Get It: What George Floyd Has Taught Me

Now I Finally Get It: What George Floyd Has Taught Me

“Black Lives Matter” is an insistent cry that it’s way past time for America to acknowledge the sin of racism and to stop acting as if Black lives don’t matter.

It’s not easy to say, “I was wrong.” It’s so much simpler to pretend that everything’s OK, to make excuses (“I really meant … ”), to blame others (“he misled me … ”), or even to double-down on one’s opinions citing new “evidence.” I’ve been guilty of all those avoidance tactics. But for me, the horrific death of George Floyd, coming on the heels of so many other deaths of Black men and women, is a time of reckoning: I was wrong about Black Lives Matter (BLM).

I was once among those who agreed that Black lives matter but insisted that it was better to say, “All Lives Matter.” Of course, it was always clear to me that singling out Black lives did not mean that other lives didn’t matter. Still, “Why create divisions,” I thought, “when what we need is a concerted effort to work together to fix social ills?”

How wrong I was! “Black Lives Matter” started as a hashtag, and even today it is decentralized and grassroots, a network or collective, not a centralized organization — a prime example of new organizing tactics in this technological, social-media age. Its message all along has been disarmingly simple, yet profound: that as a nation we have utterly failed the Black community by treating it as if Black lives do not matter — and that this must change.

Who has failed? Police, politicians of all parties, and, yes, the vast majority of the rest of us. We have consciously or unconsciously denied the profound and ongoing pain endured by Black Americans. Their odyssey to these shores began as slaves. And when slavery ended, we quickly sabotaged Reconstruction, and resorted to one form of betrayal and oppression after another: Jim Crow; segregation, ghettoization and the concentration of pollution in and around the neighborhoods of people of color; unequal education; voter suppression; inadequate health care, and more — all the result of laws passed by politicians whom we’ve repeatedly re-elected.

The very fact that we are surprised at the diversity among today’s persistent protesters and their ubiquitous presence in cities, towns and rural communities is proof of how long whites have ignored, and therefore reinforced, the plight of 13.4 percent of our population. I now understand that my discomfort with “Black Lives Matter” was a part of America’s historical amnesia and national denial. As BLM has always claimed, “Black Lives Matter” is not a denial of the rights of non-Blacks; rather it is an insistent cry that it’s way past time for America to acknowledge the sin of racism and stop acting as if Black lives don’t matter.

Cancer neglected or undetected often metastasizes, becoming extremely difficult to treat successfully. So, too, our society’s willful neglect of racism.

Demands that statues of Confederate generals — pro-slavery traitors who took up arms against the Union — be taken down ought not surprise us. The same with the names of military bases, and all the more so the statues of Confederates at the Capitol. I first saw them only a few years ago — and failed to bat an eye. As these statues — most erected decades after the Civil War — demonstrate that, by the early 20th century, the South was rewriting U.S. history, aided and abetted by Washington politicos north and south who had much to gain by suppressing Black progress.

I know that it’s hard even to imagine where to go from here, especially since we cannot depend at all upon the current federal government to lead us out of our current quagmire. For me, simply realizing how wrong I was about Black Lives Matter has been an enormous, though all too belated, first step.

Another post-George Floyd action I have embarked upon is to reach out to my Black neighbors — people with whom I am friendly but admittedly not intimate — to ask if they are willing to talk about how they are feeling and how I might support them.

Decades ago, I became a lifetime member of the NAACP. I intend to support their new “We Are Done Dying” initiative.

I’ve also come to admire greatly Rev. William Barber II, whose Moral Mondays in North Carolina have morphed into a national Poor People’s Campaign. Reminiscent of the Rev. Martin Luther King Jr.’s vision of a Beloved Community, the Campaign lays out policies that would end at last the interlocking evils of systemic racism, poverty, ecological devastation, militarism and the war economy, and the distorted moral narrative of religious nationalism.”

That, too, I will support in every way I can.

In November, we will face what is undoubtedly the most important national election of my lifetime, the results of which will define who we really are. I will do all I can to ensure that every American can vote, and that people who represent the 99 percent get elected to office across Pennsylvania and the nation.

Would it not be wonderful — and true poetic justice — if the death of George Floyd turned out to be the catalyst that finally moved America to live according to the ideals that we’ve been proclaiming for almost 250 years? I’d be thrilled to live in a country that guaranteed all of its citizens a good education, fair wages and meaningful jobs, comprehensive health care and a safe environment in which to live and raise a family. What a way to prove we mean it when we say “Black Lives Matter” — as does every other life.

Based on an article published in the Chestnut Hill Local.

For much of his career, George Stern served as rabbi of Temple Beth Torah in Upper Nyack, N.Y., where he established strong social justice and interfaith programs; taught Jewish-studies courses at St. Thomas Aquinas College in Sparkill, N.Y.; served as president of the Nyack Interfaith Clergy Association; spearheaded the establishment of a Pastoral Care Department and Clinical Pastoral Education program at Nyack Hospital; organized interfaith support of Black churches during a spate of church burnings in 1995-96; assisted in clergy training around issues of domestic violence; and represented the faith community on the Multicultural Task Force of the Nyack Public Schools.

A Philadelphian by birth, George returned in 2002 and became the executive director of Neighborhood Interfaith Movement (NIM), followed by part-time stints as coordinator of a support program for older adults in Center City and director of the Jewish Social Policy Action Network, a progressive social-justice organization.

George was ordained in 1974 at Hebrew Union College-Jewish Institute of Religion in New York.

Currently, George is on the Tikkun Olam Coordinating Team of Germantown Jewish Centre and the Steering Committee of Indivisible NW Philly, dedicated to ensuring the election of progressive candidates in Pennsylvania and nationally. 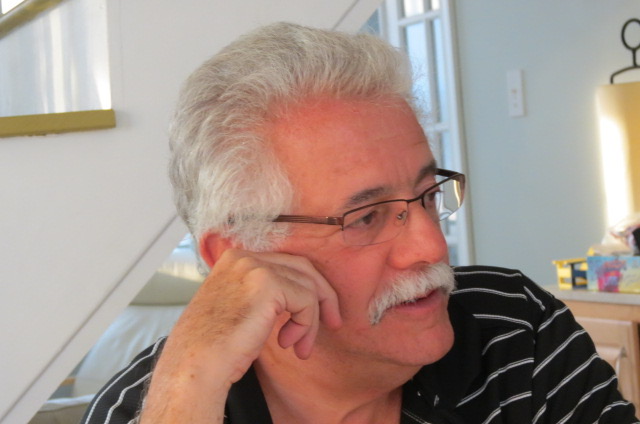