Home » Justice » Getting Ready for Elijah

Getting Ready for Elijah

Were the Prophet Elijah to arrive at our seders, what would he witness? Are our lives filled with empathy and compassion? Are we dedicated to justice and peace?

I met Elijah once, on Brattle Street in Harvard Square.

When we read about Elijah the Prophet each year in the Passover Haggadah, we learn that he visits once a generation (or perhaps once a year, appearing in our very doorways to drink his cup of wine). His job? To check us out — to see if humanity is ready for the coming of the mashi’akh, the Messiah. He is a wily spy who scopes out the joint, this earthly home of ours, to see if we are deserving of the great Messiah’s arrival. No such arrival? We can assume that Elijah stamped our report card with a big red “Not Ready.”

Now I don’t believe in any of this. But I do believe that this story is one that is meant to challenge us in profoundly personal ways. And I do believe I met Elijah.

It was an unusually warm Sunday in April of 1996, and I was doing some shopping alone in Harvard Square. The Square was jam packed with locals and tourists, college kids and elderly pedestrians. On Brattle Street, I came upon a white woman, perhaps in her 30s, standing on the sidewalk in front of a line of shops. She looked haggard and a little sunburned, and she held a sign, handwritten with a marker on cardboard that said, “Homeless with AIDS.” Her belongings were spread out around her. There may have been a small grocery cart with some clothes and, of course, a jar with a few dollars and change. I put in a dollar. I was not prepared for what happened next.

“Excuse me,” she said, looking right at me. “Would you mind doing me a favor?  Could you watch my things for just a minute while I run into this store and buy a soda?” She gestured to the small grocery behind her.

“Um, sure,” I answered. She handed me her sign, pulled $2 out of her jar and went into the store. I think she was gone a total of four minutes. It felt like an hour.

As I stood there among the throngs of people, holding the sign that said, “Homeless with AIDS,” I learned about shame. Passersby sneered; they scowled; one woman rolled her eyes and made a sound of disgust. A man put some coins in the jar, but looked me up and down as he did. When the woman came back to relieve me, I was dripping with sweat. I walked casually away, but I wanted to run. I wanted to run from the judgment and derision of strangers, from my shock and disappointment in the people I’d encountered, and from myself for feeling embarrassment and shame.

And then I forgot all about it until one Passover two decades later, when I thought about this idea of Elijah coming to see if humanity was ready and deserving of an ultimate miracle. That’s when I looked back and realized I’d met Elijah once. He was a homeless woman with AIDS.

Imagine Elijah’s assessment of humanity on her day in Harvard Square. What if she’d appeared as a woman of color? One with a disability? Would the crowds have been even more cruel? What about Elijah’s more recent visits, one in 2020 America, say at a Trump rally? Sadly, we could not be further from a messianic age.

Let me admit something: I am not feeling kind or compassionate these days. While applying to the rabbinical program at RRC this winter, I had many moments of asking myself why I thought I deserved to be a rabbi when I felt so much disdain for almost half our country’s population. When a message pops up in my Facebook feed about loving one another, Democrat or Republican, I want to hit “Like,” but I never do.

As I enter rabbinical school, I am determined to cultivate compassion and understanding for all human beings. I am not there yet. But as a change-of-career student, I am wondering if my experience as a psychologist can guide me in this process. I specialize in anxiety disorders and, in my 20-plus years of practice, I’ve come to understand some basic truths about all of us:

2. Anxiety feels bad. When we feel it (whether we are conscious of its cause or not), our gut response is to do something (anything!) to diminish it. Those of us most practiced in mindfulness might just breathe and observe the physiological changes that anxiety brings. Most often, however, we will seek relief in any number of ways: distraction, addiction, talking to others who may have similar feelings. Sometimes, the behaviors we engage in to reduce our anxiety may have no connection to the anxiety itself.  For example, a person with Obsessive Compulsive Disorder might feel a surge of anxiety about becoming ill but might count backwards in order to bring the sensations of anxiety down. In sum, humans hate feeling anxious and will do almost anything to take that feeling away.

Let’s return to the scene in Harvard Square. What was motivating each person who sneered or looked away in disdain to behave in the way they did? I would suggest that anxiety was triggered in each person by the sight of a woman (who perhaps reminded them of themselves or someone they knew) who was clearly suffering. One protective response to that kind of fear is to distance oneself from the feared object — what we call “victim-blaming.” It’s a kind of a “if she is nothing like me, and, in fact, is far below me, I can never be in her situation.” Our culture is rife with victim-blaming: the rape survivor shouldn’t have been drinking, a victim of a drug-related homicide shouldn’t have been doing drugs in the first place. This type of thinking brings down anxiety. When I hear people blame victims in these ways, I am incensed. But might I find a bit of empathy if I can understand the lack of ability to tolerate anxiety as the motivation behind this behavior?

And what about Trump supporters? What kind of anxiety is coursing through their veins to make them believe the lies and, for some of them, even resort to violence? What fuels white supremacy, anti-trans hatred, misogyny? When those who have historically held power are faced with change, they often feel threatened. When people’s privilege is named and challenged, many of those people respond with a huge spike in anxiety, and they will do anything to diminish that feeling.  What if it is that often unconscious desire to escape the uncomfortable sensations of anxiety that motivates people to join forces behind a manipulative leader who assures them that he feels their pain and will make it go away? Can understanding the role of anxiety (and the desire to avoid it) help me to feel compassion towards those for whom I have only been feeling rage? I am working on being open to this possibility, and if you are struggling with a similar dilemma, I invite you to be open to it as well.

We know on a cognitive level that bullies bully because they are hurting inside. But can we take this intellectual understanding and pull it deep into our bones? It might require this level of effort to turn rage into compassion.

Imagine this messianic age: Elijah arrives in Harvard Square as a homeless woman with AIDS asking for help. Each pedestrian for whom anxiety is triggered notices the thoughts that arise: “I can’t ever let something like this happen to me.” They notice their heart rate rising, their muscles tensing. What if they noticed all of this without judgment or reaction, and instead were curious about it? What if they felt no need to undo these thoughts and sensations by making themselves feel more important than the homeless woman? What if this ability to be with anxiety without reacting to it were indicative of the world at large?

Maybe then we would be that much closer in our readiness for Elijah.

Jodi Rosenfeld is an incoming rabbinical student at the Reconstructionist Rabbinical College. She is a clinical psychologist with a small private practice in Phoenixville, Pa. Jodi holds a degree in English and Women’s Studies from Tufts University and a doctorate from the Massachusetts School of Professional Psychology (now William James College). Her debut novel, Closer to Fine, will be published in May of 2021 by She Writes Press. 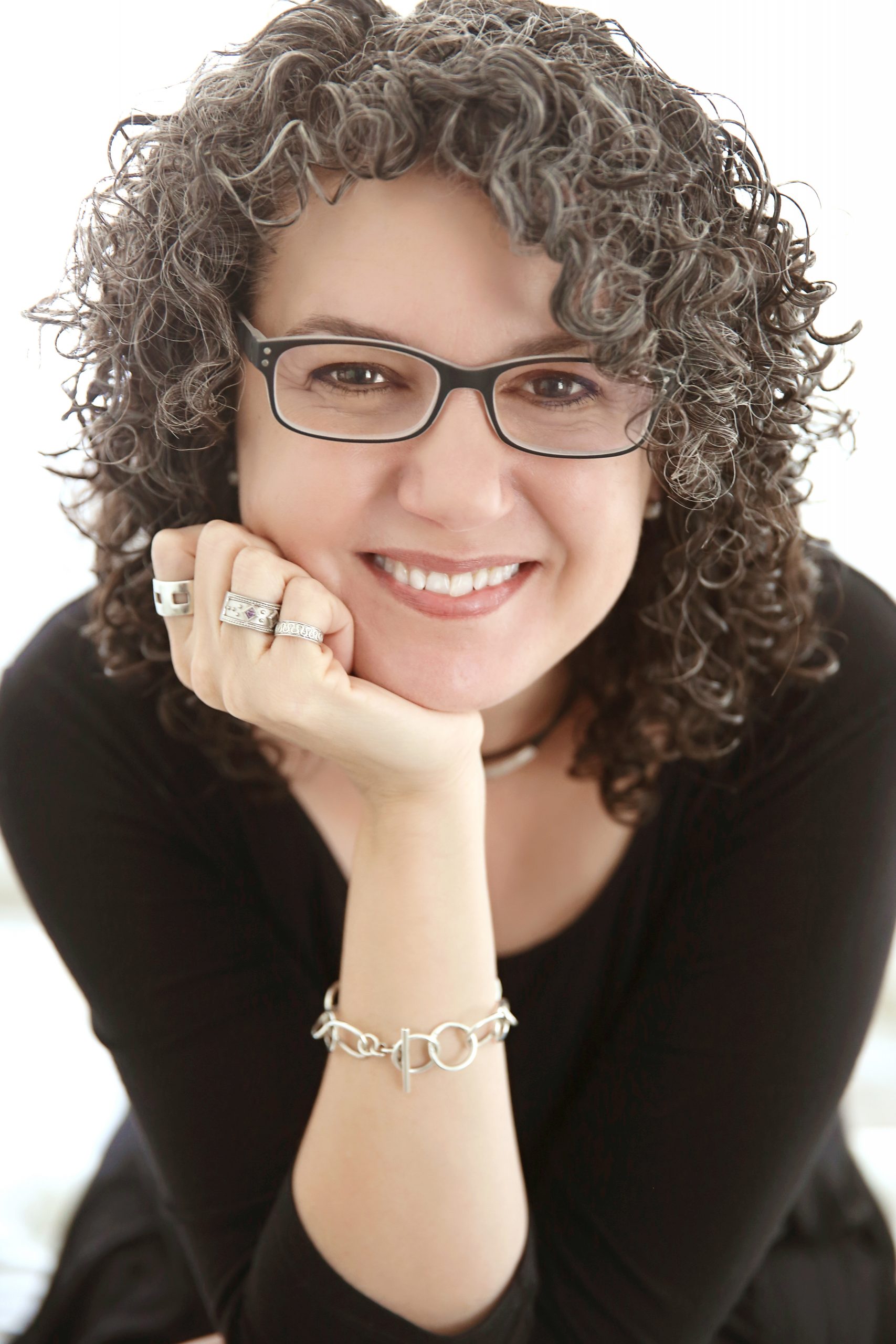