Home » Multifaith » Can Multi-faith Relations Be a Harbinger of a New Way That Faith Leaders See Their Own Religious Tradition?

Can Multi-faith Relations Be a Harbinger of a New Way That Faith Leaders See Their Own Religious Tradition?

When faith leaders in a community join together and determine that each of their traditions requires righting a particular injustice, relationships are formed that transcend the resolution of a particular issue.

We live in a moment in history in which chaos seems to reign. Tribal hatreds define decision-making and universal values are at a nadir. Is there anything, any vision that can ameliorate this fractiousness and bring our world back to balance and civility? Counterintuitive as it may seem, faith may be an answer.

I wrote the above paragraph as an introduction to a newspaper column in 2018.

In this difficult, complicated time in our history, some amazing connections are occurring in the world of faith. Possibly a new permanent alliance among some faith leaders is being created. All over the world, in ways rarely seen in the past, great faith leaders are beginning to speak a different language. The mantra seems to be: Is it possible that the Divine spirit is not embedded in any traditional religion, but rather is understood by looking at the very best inclinations of all religious faiths? Rather than focusing on all of the specific theologies, all of the individual liturgies or all of the “our-tradition-is-the-only-or-best-tradition” manifestos within each faith, why not concentrate on the promulgations of love, friendship, justice and community in every faith and seek a bonding that binds all of us?

Interfaith connections are often frightening to people of faith. Some Jews will not enter a church or a mosque, and the same is often true of people of different faiths when they consider entering a synagogue. In today’s world, faith is often a dividing line that creates hatred and division, rather than a sense of unity and holiness. One has only to look at tragedies in Pittsburgh, Sri Lanka and Christchurch to view in high relief how religion can be a focal point of division, hatred and death. I have looked at what brings us together and tried to discern a path that all religious traditions can follow in seeking wholeness and connections with one another.

The general methods in the past of bringing religions together are either a) a focus on dialogue in order to understand and negotiate differences and similarities; or b) the effort to seek common ground on issues that can serve the common good. These connections are limited. Dialogue is helpful as an initial step, but it only lasts for a while. More importantly, it rarely opens minds and hearts to the real enterprise of finding an intrinsic connection among religions. In other words, dialogue is thin brew for healing the schisms of a fractured world. The same is true for bringing people of different faiths together to engage with a particular issue. While such engagement gives different religious adherents a chance to work together on a common goal, often for a short period of time, it does little to heal the presumptions and bigotry that divide religions.

The work I am doing with the Religious Leadership and Civic Engagement Project housed at the Robert F. Wagner Graduate School of Public Service at NYU has a different goal. We do use multifaith dialogue[fn]At an earlier stage of this project, my colleague David Elcott produced some wonderful work displaying and teaching meaningful ways to use dialogue. They cover the Diminution of Civic Engagement in America; A History of Faith; Generative Dialogue Across Differences; The Rules: The IRS & What You Can and Cannot Do; and Maintaining Religious & Civic Authenticity & Integrity. https://wagner.nyu.edu/religion-and-civics[/fn], and we bring faith leaders together to pursue a common objective. We find, however, that religious integration happens when we synthesize both the friendships that can occur from dialogue at its best and the deep commitments that emanate from doing good works together.

Through this project, I have witnessed many religious leaders from a variety of religious traditions as they walk into shuls, churches, mosques and temples that are not of their own faiths. They preach and evangelize a new song, a humane sutra, a surah that praises humanity, and they appear to be joyous in their spirits. Dr. Eboo Patel, Rev. Bob Roberts, Rabbi David Saperstein, Dr. Katherine Marshall, Rabbi Andrea Weiss, Dr. Simran Jeet Singh, Imam Mohammed Maggid and so many others are seeking deep connections as they see the face of God in their interactions with other religions. I cannot say that each of them would fully agree with what I just wrote, but I believe they do, just as so many others do.

How is this project moving this new faith agenda forward? The project is led at NYU by Taub Professor David Elcott and myself as a visiting scholar. We believe that as people work together to accomplish specific goals, interpersonal relationships are formed. As friendships and relationships are strengthened, meaningful long-term change can take place. We work at the local community level, In America, problems and concerns are resolved through action within towns and cities, and even its rural areas, more frequently than on the state and federal level.

This project is based on bringing together a wider set of religious participants than constitute the usual interfaith or multi-faith activists, seeking religious leaders who do not generally work together as a group. For example, in the cities where we are now organizing, our plenary group of leaders must serve as a collective force for good and change in the community. Our experience tells us that there is no “one size fits all” description for any of these four areas, and that each community will, like artists, with our help move forward.

Mobilizing faith leaders into a force for good is critical. The first step has been to convince key religious leaders to be part of this effort. As Pope Francis explains in discussing interfaith connections, “It is necessary to know how to lower the defenses, open the doors of the house, and offer human warmth.”[fn]On Heaven and Earth, Sudamericana, 2011.[/fn] These newly formed groups are asked to get to know each other and to understand one another’s deep connections as people who take faith and the human soul seriously. I was speaking recently to a prominent African-American Baptist leader who was excited to co-chair a project with a Jewish lay leader whom he described to me as someone who gets the work done. Our initial goal is to facilitate nurturing relationships and bonding that lead to a sense of shared obligation.

We then work with the multi-faith group to express the needs about which the group feels passionately and what it pragmatically can do together to better the community. As Rabbi Eric Yoffie explained in 1997: “Like the prophets, we never forget that God is concerned about the everyday and that the blights of society take precedence over the mysteries of heaven.”

This is not a simple task. Communities’ needs today are great, and the underlying political conflicts are deep. Facilitating the move from relationship to action means finding a shared concern about a common problem that harms the entire community. The very process of choosing areas of focus builds trust and compromise. As these religious leaders locate what single cause might bring the entire group together to further the common good, there is much give-and-take about competing needs. This competition is expressed well in the Quranic verse: “So compete with each other in doing good” (2:148).

Perhaps the last and most important work is to ensure the durability and sustainability of this powerful communal effort. How do we celebrate victories even when they are not complete? How do we make certain that the necessary mechanisms are in place for the group to continue meeting and to continue choosing subsequent issues that need attention? And finally, how can the local organization continue its sacred work going forward?

The two communities in which we are currently functioning are:

[1] San Antonio, where the organization is called the Interfaith San Antonio Alliance (ISAA). The group is organized as a Texas nonprofit, has 501(c)(3) status and has a paid coordinator. Its website is: http://interfaithsaa.org/. The organization decided to take on affordable housing as its initial issue and held a rather impressive event and press conference at the main homeless compound there in November 2019, during which 50 faith leaders signed a proclamation announcing that people of faith could not accept people suffering because of inadequate housing. The speakers included the Archbishop of the Catholic Church and prominent leaders in the Jewish, mainline Protestant, evangelical Christian, Sikh and Muslim traditions, as well as the mayor of the city. The event was covered by literally every press outlet.

[2] Indianapolis, which began several months later than San Antonio and where the organization is called the Greater Indianapolis Multi-faith Alliance (GIMA). The group is organized as an Indiana nonprofit and has 501(c)(3) status. The organization has decided to take on Evictions as its initial issue and is in the process of developing its campaign plan. The group seems to be quite vibrant.

Two communities where we have recently begun organizing are Miami and Minneapolis-St. Paul.

We live in a fractious world. People seem to look for ways to find faults in others. We want our religious leaders, town by town, to use their understanding of the Divine will to see what is best in each other and to join together to make their world a better place.

As this project extends to additional diverse communities, we hope that it offers a replicable model that can help to heal our world. By opening a new kind of religious experience, faith leaders can be brought together as never before.

Our experience has convinced us that there is much good to be shared by creating relationships of obligation that result from an open and deliberative process, and that lead to concrete constructive action. Our experience in the field over decades testifies to the effectiveness of faith leaders in offering a pathway not only to reconciliation, but also to constructive change.

Leaders from so many communities across America can recall the impact during the civil-rights era, when religious leaders came together at a press conference or other public event to urge people in their community to obey the laws that Congress had passed. Their voices, joined together, went a long way to changing their communities’ perspective. We need such leadership again today.

We are aiming to do that again on issues such as housing, food deserts, the increased needs of racial justice and the environment. Once faith leaders and their communities have successfully tackled a concern they all share, belief in each other will grow, friendship and bonds will form, and trust and love will help them take on another issue. Faith will be operating at its very pinnacle. This describes the mission of the Religious Leadership Engagement Project. Our hopes and prayers are that we can help faith leaders change their cities, which will change our country, which, God willing, will change our world. 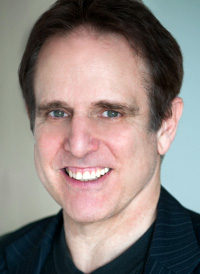 May 10, 2020
Posted in Multifaith
How can encountering religious diversity help us grow spiritually? If we can let down our barriers of fear and mistrust, how might we be enriched and inspired by the insights of other traditions?

March 12, 2020
Posted in Multifaith
Honoring Nancy Fuchs Kreimer for her signal and courageous contributions to the field of multifaith studies.

March 9, 2020
Posted in Multifaith
African-American and Jewish residents of Capitol Hill are sitting in interfaith text studies. They hear the very different ways our communities engage with text and think about God.