African-American and Jewish residents of Capitol Hill are sitting in interfaith text studies. They hear the very different ways our communities engage with text and think about God.

The Capitol Hill neighborhood of Washington, D.C., had been without any organized, public Jewish presence for decades when Hill Havurah formed in the late 1990s. It was another 18 years before the havurah brought Rabbi Hannah to the Hill.Hired in 2016, Hannah Spiro faced many, sometimes conflicting, priorities and expectations. She heard some surprise about the choice to prioritize interfaith programming and study, right from the start — even back when she was still finishing her studies. (Spiro began work a full year before her ordination, but the Reconstructionist Rabbinical College agreed at the time that she would be Hill Havurah’s “Rabbi Hannah.”)“Interfaith perspectives and relationships have always been important to both the /havurah/ and to me,” Spiro says, “and I don’t see my job as separate from interfaith work.”

The prominence of the havurah’s interfaith work and non-Jewish community engagement has appeared in several articles by local journalist, Virginia Avniel Spatz, who is also a congregant. The most recent is “Bridging Differences Across Faith and Race: Hill Havurah and Mount Moriah” (more below). In addition, we have just completed several programs with local mosques and churches. So we have been reflecting on our relationships with our non-Jewish neighbors, and how that work and related questions around race are integral to, and sometimes complicate, havurah life.

In the recent “Bridging Differences” article, Spatz notes demographic shifts in the Capitol Hill neighborhood over the two decades of the havurah’s existence, with a substantial increase in white population and corresponding decrease in Black residents. (The U.S. Census reports very little diversity beyond “Black” and “White” in the neighborhood.) She writes:

“I find this very true”, Spiro stresses: “Many Havurah members have told me how meaningful it is to have spaces to connect with Mount Moriah members over topics of mutual interest, given that they might never ordinarily have the opportunity to meet them otherwise, but that now they feel like they’re building real relationships, or at least have the chance to do so.”

The article quotes Andrew Hairston, a member of Mount Moriah (at the time; he has since moved to Texas), saying the interfaith partnership “impacted the whole congregation … providing opportunities for folks to exchange thoughts on Torah and Bible and talk about various things that resonate for both communities of faith.”

Spiro comments: “It’s been super interesting lately to sit in interfaith text studies with our two congregations and hear the very different ways our communities engage with text and think about God. The similarities in terms of values are many and wonderful, but the differences spark my curiosity, interest, and sense of awe in a new way, and I imagine many Havurah folks would agree.”

Hill Havurah held a study series on “Anti-Semitism and Racism,” which highlighted perspectives of Jews of Color. In addition, a recent guest-led Torah discussion was offered in honor of Black History Month by Rachel Faulkner, a leader in the Jewish Women of Color coalition.

After the “Bridging Differences” article was written, Mount Moriah and Hill Havurah hosted joint Holy Land-focused educational programs. One public program, aptly titled “A Painful Hope,” drew members of both congregations and a range of other neighbors to a discussion with the traveling West Bank group, “Roots/Shorashim/Judur.” Many neighbors who participated raised issues of race and racism in the politics of Palestine and Israel. The visiting speakers later said this response was unusual in their experience with U.S. congregations. On reflection, we wondered if this was because Hill Havurah seems to be the first to host these speakers in an interfaith, interracial context that included neighbors not necessarily connected to either congregation.

That evening proved difficult for the visiting presenters and for members of both congregations. Spiro says she was glad that she and Pastor Dalton had planned for further joint study on the topic.

“The Holy Land,” Spiro reflects, “is a place for which both of our communities have a deep level of affinity, as well as a deep level of concern. I thought it might be mind-opening and heart-opening to have these conversations in an interfaith and interracial context — we’d build our understanding, challenge our current paradigms, and take our conversations with one another to the next level. What I found was that while there is a lot of energy in deep, difficult interfaith conversation in both communities, both communities also feel a lot more energy around local issues — so that’s where we’ll go next.”

Washington, D.C., is a diverse and divided city. All neighborhoods east of the Anacostia River are predominantly Black and have been so for decades. These areas have the city’s highest proportions of poverty, illiteracy, crime and violence, amid the fewest grocery stores and a complete lack of hospitals. West of the river is more diverse and includes some predominantly white communities privileged in wealth, education, public safety and overall infrastructure.

Every D.C. Jewish community is west of the river, most far northwest. Hill Havurah is the easternmost congregation, and only one other congregation, the aptly named New Synagogue Project, is located in a neighborhood that is not predominantly white and economically stable. Only recently has Hill Havurah grown large enough to maintain stable office and worship space … and to hire a rabbi.

Both Pastor Dalton and Rabbi Spiro struggle with the topic of race, and how much or how little it influences our congregations and relations in the neighborhood. They were unsure how to address the topic in the interviews that led to “Bridging Differences.” For reasons that remain opaque to all of us, the article was rejected by the periodical that commissioned it. We each wondered if our remarks about race played a hand in its rejection. In the end, we decided to post it ourselves as we continue to explore our interfaith and interracial relationships. 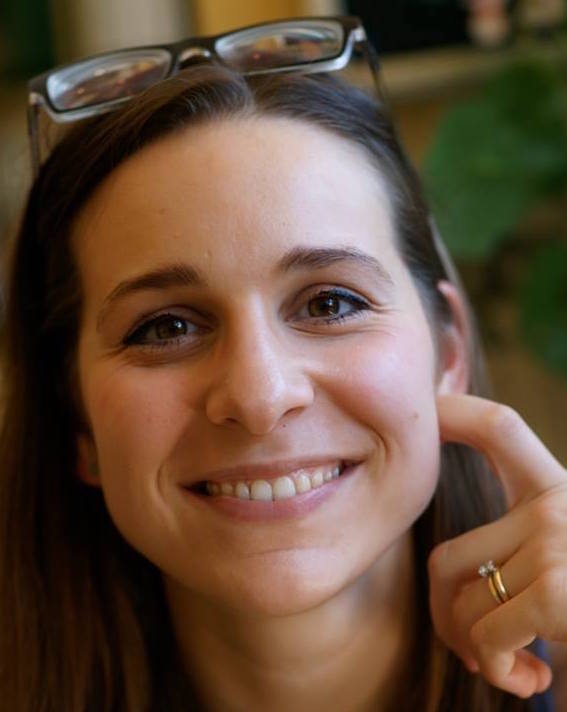 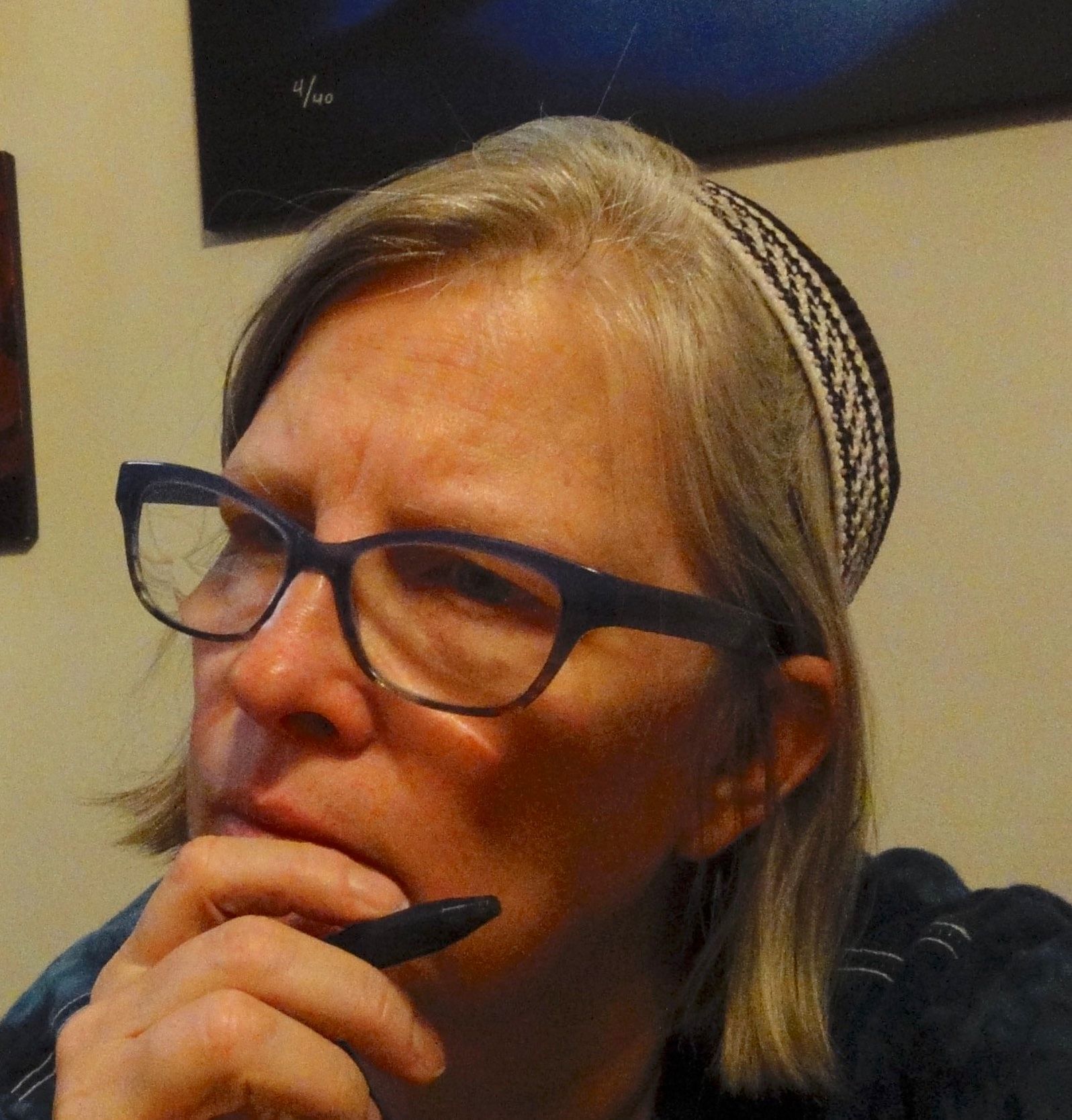 December 6, 2022
Posted in Multifaith
Reading a sacred text can put it on your heart, and then when your heart breaks, the holy words fall inside.

May 10, 2020
Posted in Multifaith
How can encountering religious diversity help us grow spiritually? If we can let down our barriers of fear and mistrust, how might we be enriched and inspired by the insights of other traditions?

March 12, 2020
Posted in Multifaith
Honoring Nancy Fuchs Kreimer for her signal and courageous contributions to the field of multifaith studies.