Home » God » Worship for Agnostics: Building a Personal Relationship with a Nonpersonal God

They envisioned you in an abundance of metaphors. You are one in all of those images.

How can you have a personal relationship with a God who is not (necessarily) personal?

I preface this essay with a line from Shir Hakavod[1] to remind us that long before our time, Jews were aware that even our most concrete descriptions of God can only be metaphorical. By definition, God is beyond human understanding and description. It is beyond our capacity not only to see God but also to know God. At best, we get glimpses, flashes, intuitions. And we are never able to verify what we glimpse or experience.

The God that Jews have constructed throughout history – Exodus’ Man of War who splits the sea with his outstretched arm; the seductive and elusive Lover of the Song of Songs; the Talmud’s Shekhinah, who weeps as she accompanies us into exile; Maimonides’ ineffable One, who is unchanging and unaware of this world and yet is the object of our passionate love; the Kabbalah’s infinite Ein Sof, who is beyond all description and mediated by more accessible Sefirot (emanations) – all are only our constructions of God. Because God is beyond accurate description, our ancestors felt licensed to describe God in any and every way that they, in their limitations, imagined perfection. The best of these inherited metaphors point beyond themselves, guiding us to the mystery of existence.

How can one believe in God, when all of the descriptions of God tell us more about the imagination and values of the believer than they do about the ineffable? The answer is that belief in God does not follow from intellectual certainty; it is rather the outgrowth of experience, and experience is cultivated by practice. It is unlikely that you can be convinced by a perfect argument that God exists; if you can conceive of God, then what you conceive is not God.

Dressing up for God

For all of my adult life, I believed in a non-personal God. A non-personal God does not fall prey to the dangers of metaphor. If God is a Process that grounds all existence, a Force embedded in the universe upon which we can draw in our efforts to become better people and repair the world, then we can pray without having to imagine an old man in the sky or a difficult mother’s embrace. After becoming a bar mitzvah, I left that kind of personal God when I left the Orthodox community in which I had been raised. The terms on which I had returned to a full Jewish life depended on my not believing in the God of my family and my Orthodox yeshiva, a God whom I found judgmental, mean-spirited, and stifling.

A dozen years ago, I began meeting with a spiritual director as part of a group that was developing a program in Jewish Spiritual Direction for students at the Reconstructionist Rabbinical College (RRC), intended to help them cultivate a practice of discerning God’s presence in their lives. After four monthly meetings, I came in to my spiritual director’s office one day and said, “It’s great that we spend an hour each month focusing on luminous moments, but it doesn’t seem real, because I’m not talking about any of the painful stuff that I struggle with.” She invited me to sit in God’s presence right there and to bring my struggles with me.

I found that I couldn’t. After four months, I had learned how to close my eyes and become aware of God’s presence in the room, and I did so. But when I allowed myself to think about troubling issues, my awareness of God disappeared. And when I resumed my focus, my issues disappeared. I could not focus on God while I was upset. When I was a child, my parents had dressed me up to go to shul. I had learned the lesson well. Only the virtuous Jacob could sit in God’s presence.

Enveloped by the Presence

Remarkably, I had never noticed this before. To get beyond this limitation, I began a daily practice of sitting in God’s Presence – all of me, warts and all. I focused on God, the Ru’ah Ha’olam (Spirit of the World) as present in ru’ah (wind/air), and I felt myself enveloped by the Presence as I inhaled and exhaled, as if my face and exposed skin were being caressed by a breeze. I imagined myself held within the divine womb. I focused on a photo of my mother holding me when I was an infant, squeezing her cheek to mine, smiling broadly while I grimaced, and I pictured God looking like my mother, in a skunk coat and feather hat. And while I did all of this, I repressed nothing about me. I felt God’s unconditional love of all of me.

Though I had left the judging God of my childhood behind more than thirty years before, it struck me that I had come to believe instead in a nonpersonal, nonsupernatural God who was no less judgmental. God had been present only when I and others made that presence manifest by our actions. God was present when we were loving or generous or honest, but God was absent when we were afraid or angry or sad. In effect, the love of my nonpersonal God was as conditional as the personal God. And ironically, God was there only when I wasn’t in need.

Now, after months of this new practice, I began to feel God’s compassion and empathy and understanding. When I looked at myself from what I imagined might be God’s point of view, the view always looked better than from my own self-critical viewpoint. I can easily obsess about my failures and shortcomings. But God wouldn’t dwell on those things; God, I became convinced, would see me as an imperfect human and would wish that I could become more self-compassionate. I began to feel loved. I began to feel lovable.

What is the underlying theology? The rabbis taught: Everywhere that God is described as majestic, God is also described as humble, because God is both and neither.

I believe that God is the ground of all being, perpetually manifesting judgment and mercy, grandeur and humility, closeness and distance. We experience those aspects of God only when we are open and prepared to receive them. My father, the son of immigrants, who came of age during the Great Depression, was open to the aspect of God that supports independence; by contrast, I seek the aspects of God that help me to relinquish the illusion of self-reliance. God is in both and in neither.

I hadn’t felt divine compassion and love because I wasn’t open to it. Modeh Ani Lefanekha – I acknowledge You – are supposed to be the first words on our lips in the morning. But I had never acknowledged, for example, that I hadn’t earned most of the blessings in my life. I didn’t know how to admit when I needed help. Once I was able to say, “I can’t get through this alone,” internal and external resources immediately became available to me – because I was open to them.

Interpersonal relationships are cultivated. You learn how to trust each other. You learn how to interpret nonverbal cues. First, you yearn passionately, and then you adjust to love freely given – how to take it in. Building a relationship with God requires a similar kind of work. Though God may not be a person, some of God’s manifestations are very personal. God is always supportive, for example, and always judgmental. In the images of the kabbalists, justice and compassion are two of many divine aspects. I had never felt God’s support, because I had not cultivated the possibility of receiving it.

Is such a relationship with God real? You guessed it: I don’t know. I believe it’s real because of my own ongoing experience. It is easy to explain my experiences without any reference to God – positive thinking, fantasy, imagination, auto-suggestion, etc. If I had been raised in a nontheistic culture, I would have described the experience differently – perhaps, as the fruits of the practice of mindfulness and the cultivation of compassion.

There are ways out of this uncertainty. One can believe that the rabbis’ teachings about what God says and wants are literally true. Within a traditional Jewish context, you can also believe that your belief about and experience of God or lack thereof is not so important, as long as you observe halakhah. But if you find yourself sitting outside of the traditional paradigm looking in, and if you think that the written and oral Torah are human, fallible responses to the unknowable God, you can live nevertheless in a Jewish world that is filled with the divine presence – when you practice the discernment of God’s presence, when you work at opening up to the possibility of it.

The Act of Praying

The words of traditional Jewish prayers are intended to serve us in this practice. In my case, however, I have needed to invest those words with meanings that they were meant to contain in the first place – focusing on things for which I am grateful, for example, when saying Modim (We are grateful).

The value of a heightened awareness of God is, I believe, to be judged by its fruit. In my own experience, as I became less self-critical, my ability to be patient, forgiving, and helpful to others grew immeasurably. I don’t think that I could have come out as a gay man if I hadn’t first learned to sit in God’s presence without hiding, if I hadn’t practiced feeling loved and accepted as I am. Since we can never know with certainty what God wants from us, we attribute to God’s will what we believe to be good. It’s best to do so humbly.

Sometimes, I find it helpful to recall, with postmodern (or Buddhist) humility, that we never really know anyone – not even our intimates, not even ourselves! We are each in a never-ending process of change, of assuming variations of one persona or another, while holding on to the illusion that our selves are constant and stable, so that we can build personal relationships with one another. If we are indeed created in the image of God, perhaps we can learn something from the relationships we build with people about how to develop a personal relationship with God.

[1] Sung weekly on Shabbat morning services, this poem is also known by its first two words, An’im Zemirot. It is attributed to the Hasidei Ashkenaz, a group of German pietists who flourished in the Rhineland in the 12th to 13th centuries. 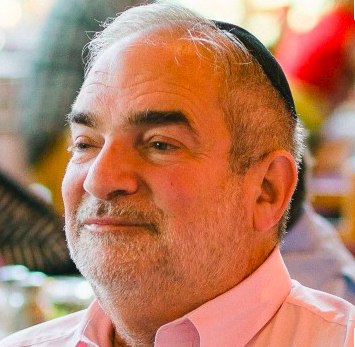